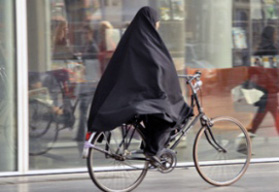 HOME
Film critic Roger Ebert announced Tuesday that he would be taking a leave of absence, adding, “I am not going away.” He died on Thursday. … Two young girls called 911 after witnessing the abduction of a couple in Manhattan. Witnesses claimed that masked men forced the couple into a minivan at gunpoint. A surveillance camera also caught footage of the incident, which was later proved to have been a birthday prank gone wrong. … A reporter in Minneapolis was fired after he wrote a story about a gay couple attending the White House’s Easter egg hunt. The reporter, who is also gay, referred to the men as “big HOMO dads.” … North Carolina lawmakers pushed a resolution affirming the state’s right to establish an official religion. Many residents saw the measure, which died in the House, as a response to the ACLU’s lawsuit against Christian county commissioners who prayed before meetings. … Alec Baldwin’s 17-year-old daughter Ireland decided to launch her bikini-modeling career in the New York Post. The paper’s headline? “Daddy, I’m in the Post!” Baldwin filed a harassment complaint against a Post photographer. Back in 2007, he called his daughter a “thoughtless little pig.”

“Women can finally kind of ride bikes in Saudi Arabia if they’re accompanied by a male relative and are covered head-to-toe in robes.”

ABROAD
Kim Jong-un says that he has cleared the North Korean military to attack the US with “smaller, lighter, and diversified” nuclear weapons. US Secretary of Defense Chuck Hagel, who claims that this threat represents a “real and clear danger,” ordered the transport of a missile-defense system to Guam. … Pressure is growing for Rupert Murdoch to “Take the Bare Boobs out of the Sun,” a reference to the topless women on the daily’s Page 3. So far, almost 90K people have signed the pledge. A Sun spokeswoman responded that the paper’s 7.5M readers can attest to how well its formula works. … German customs officials detained Justin Bieber‘s pet monkey after Bieber failed to provide proper documentation. Bieber has four weeks to pick up the animal, or else it will be taken away permanently. … Leonardo DiCaprio and Tom Hanks are joining hands to produce an HBO movie about former Soviet Union President Mikhail Gorbachev. It will chronicle the dissolution of the communist state through Gorbachev’s eyes. … UN nuke chief Yukiya Amano expressed his own worries about the Middle East: “…we have information indicating that Iran was engaged in activities relevant to the development of nuclear explosive devices in the past and now.” Iran met with the six major powers”the US, China, Germany, Russia, Britain, and France”last week. … Women can finally kind of ride bikes in Saudi Arabia if they’re accompanied by a male relative and are covered head-to-toe in robes.

ONLINE
The New York Times issued a correction after failing to understand why people celebrate Easter. “It is the celebration of Jesus’s resurrection from the dead, not his resurrection into heaven,” the editor wrote. … The National Republican Congressional Committee is modeling its new website after BuzzFeed because, according to the group’s spokesman, “BuzzFeed’s eating everyone’s lunch.” … Hacker group Anonymous seized control of North Korea’s propaganda arm, Uriminzokkiri. The hackers uploaded a “wanted” poster of Kim Jong-un dressed as a pig. … Someone found what is thought to be Mark Zuckerberg‘s first website. He was 15 at the time, called himself “Slim Shady,” and featured a Java applet that looks remarkably similar to what would become LinkedIn. … An economics professor at the University of Rochester asked on his personal blog whether rapists who “reap the benefits” of unconscious women should be prosecuted if “the victim never learns about it.” … The NYPD arrested 63 of Harlem’s Smartest after the gangsters bragged about murder on Facebook.