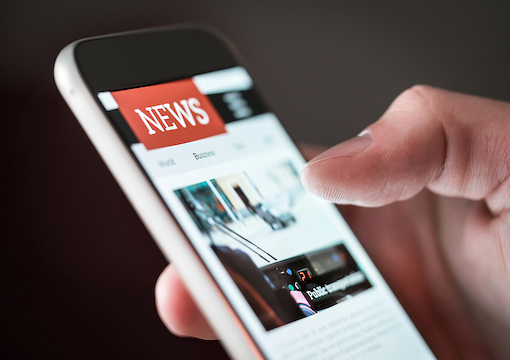 This past week’s events in Wisconsin’s Kenosha and Waukesha offer useful perspectives on a recent clash between pundits Andrew Sullivan and Jonathan V. Last of The Bulwark over the accuracy of the news media. Sullivan argues that the press makes numerous errors, while Last suggests that they get almost all matters of fact correct.

On his Substack newsletter, Sullivan complained:

But when the sources of news keep getting things wrong, and all the errors lie in the exact same direction, and they are reluctant to acknowledge error, we have a problem. If you look back at the last few years, the record of errors, small and large, about major stories, is hard to deny.

Indeed, the amount of Sailerbait with which the news media humiliates itself has definitely grown during the Great Awokening. But it’s also easy to exaggerate the relative number of factual errors compared to the thousands of details printed daily by newspapers.

Instead, the larger problem is the worldviews inculcated by the press, which in turn lead to mistakes. For instance, millions of loyal readers were shocked by the jury’s courageous acquittal of Kyle Rittenhouse because they had come to believe in the antiwhite male mythos peddled by the press. Therefore, the actual facts of the case couldn’t stick to their brains because they’d been indoctrinated that armed white men are The Problem.

“The amount of Sailerbait with which the news media humiliates itself has definitely grown during the Great Awokening.”

Last, the author of the prescient What to Expect When No One’s Expecting: America’s Coming Demographic Disaster, replies to Sullivan:

What and/or who is “the mainstream media”? Is it the New York Times and the Washington Post? The AP? NBC News and CNN? Ryan Lizza’s Twitter feed? The Los Angeles Times? BuzzFeed? Axios? NPR?… The point is that the MSM universe is so large that you’re always going to be able to cherry-pick examples to support the notion that “they” are feeding “us” false narratives.

That’s true to some extent, which is why my media criticism centers on The New York Times, the traditional lead dog in the media pack. Generally, almost all respectable outlets follow the NYT’s guidance as to what’s fit to print and what’s not.

I also pay heightened attention to The Washington Post, the Associated Press, CNN, NPR, and the broadcast network news.

I’d add that we should keep in mind the distinction that publications themselves make between news versus opinion. I try to make clear how the source has labeled the text I’m quoting, so as not to mislead about how bigoted the publication is when speaking in its news voice.

For example, CNN has drawn some attention for its “Analysis” (i.e., in between news and opinion) about how terrifying you are:

So, CNN doesn’t exactly call this “news.” On the other hand, Blake is a veteran CNN writer and producer, not some outsider tossing an op-ed in over the transom.

More important, fake narratives are slightly different from plain fake news. Fake narratives don’t lie outright. Instead, they mislead readers into biases that make it hard for them to develop an awareness of the truth.

For instance, a number of media figures sent out tweets last week to the effect that Kyle Rittenhouse had crossed a state line with an automatic weapon to a city he had no connection with and gunned down three black peaceful protesters.

I doubt that they were knowingly trying to convince their readers that Rosenbaum, Huber, and Grosskreutz were African-Americans. Instead, they couldn’t remember the facts because they were inconvenient for the Narrative. They had absorbed from their colleagues’ articles a worldview in which, of course, all that stuff virtually had to be true, so why would they need to fact-check the way they remember the story? That they got so much embarrassingly wrong would imply that their picture of the world is based on low-brow hate and fallacies, and that can’t possibly be: They’re media professionals!

Still, the great majority of the countless details printed in The New York Times every day are reasonably accurate. For example, consider the top news story on the NYTimes.com homepage as I write:

I don’t notice any obvious misstatements of fact in this capacious article.

On the other hand, at no point in the article do the four New York Times reporters mention that the Waukesha suspect is black, which you might think is relevant. Nor do any of the four photos accompanying the article online convey that information.

This is not to say that the journalists go out of their way to cover up the race of the driver. If you read carefully all the way through to the seventeenth paragraph, you might figure out he’s a stereotypical black criminal:

In rap tracks he posted to a SoundCloud profile, he described himself as growing up in a dangerous Milwaukee neighborhood and having trouble with the legal system. In one video he posted online, he appeared to rap alongside a maroon Ford Escape.

But if you’ve been lectured over and over that stereotypes are false, how do you make sense of the discomfiting facts that reporters often plant deep in their articles?

In contrast, here is the equivalent article in the NYT on 8/26/20 that makes sure you know that the Kenosha shooter, Kyle Rittenhouse, is white:

KENOSHA, Wis.—The Justice Department on Wednesday announced a civil rights investigation into the police shooting of a Black man in Kenosha, Wis., as new details emerged in the case, a white teenager who confronted demonstrators was arrested in connection with two deaths, and protests spread to athletes in three pro sports leagues. Protesters have poured into Kenosha’s streets to decry the shooting of Jacob Blake, a Black father who was partially paralyzed after a white officer fired at him in front of his children… The authorities were investigating whether the white teenager who was arrested on Wednesday, identified as Kyle Rittenhouse, 17, was part of a vigilante group.

I repeat, the shooter was a white teenager.

Yet, the article never mentioned that the three attackers Rittenhouse shot were also white. From the tendentious selection of the details to report and to ignore, it’s hardly surprising that many readers thought that Rittenhouse had gunned down blacks.

The MSM took the ludicrous story of Jussie Smollett seriously because it fit their nutty “white supremacy” narrative. They told us that a woman was brutally gang-raped at UVA (invented), that the Pulse mass shooting was driven by homophobia (untrue) and that the Atlanta spa shooter was motivated by anti-Asian bias (no known evidence for that at all). For good measure, they followed up with story after story about white supremacists targeting Asian-Americans, in a new wave of “hate,” even as the assaults were disproportionately by African Americans and the mentally ill.

To which Last replies:

Jussie Smollett was not an “MSM narrative.” It was a crime-blotter case that the media reported, and then continued reporting on, even as the subsequent reporting took Smollett’s story apart.

In reality, the first thing to notice is that Jussie’s absurd concoction seemed plausible to many true believers in the MSM, such as the five Democratic presidential candidates who tweeted out credulous statements of support for Jussie: Joe Biden, Kamala Harris, Cory Booker, Elizabeth Warren, and Bernie Sanders.

Why? Because the press had long been hyperventilating about the white supremacist MAGA lynch mob menace. In contrast, the existence of an epidemic of hate hoaxes was never discussed. So what else could Jussie’s heavily splashed news story represent other than the fulfillment of the prophecies?

Second, the CBS News article that Last extols as “carefully worded reporting that conspicuously avoids any conclusions” credulously fails to raise red flags about Jussie’s story, such as the polar vortex weather or that Chicago isn’t exactly “MAGA country.”

Not all the media performed as dismally. Three Chicago crime beat reporters, Charlie De Mar, Rafer Weigel, and Rob Elgas, enthusiastically relayed the cops’ doubts about the politically connected Jussie’s whale of a tale. (If there is hope, it lies with the if-it-bleeds-it-leads local TV news.) But the national news remained clueless for days.

Remember: It wasn’t a faceless blob called “the media” that published the UVA story. It was Rolling Stone. And it was a collection of reporters at various “mainstream media outlets” who took the Rolling Stone story apart.

In truth, Sabrina Rubin Erdely’s write-up of coed Jackie Coakley’s sex fantasy about a fraternity initiation ritual gang rape on broken glass was published to hosannas from other journalists on Nov. 19, 2014. The first skeptical take was financial editor Richard Bradley’s on his personal blog five days later. I added the decisive comment on 11/27/14:

Pitch darkness _and_ broken glass on the floor. The glass table is smashed, but nobody turns on the light to see what happened or where the broken glass is? Instead, each man, having heard the glass table get smashed, still gets down on the floor covered with shards of broken glass, risking not only his hands and knees, but also pulling out an even more personal part of his anatomy, one that he only has one of.

After I posted Bradley’s doubts on my blog on 11/29, the floodgates opened.

But The New York Times managed to persuade most of its subscribers that, while mistakes were made, all in all this was a boring story about technical failures to follow appropriate journalist procedures and standard methodologies, not to mention that you’re getting sleepy, very sleepy.

My commenter Space Ghost points out that rather than engage in yellow journalism, the Old Gray Lady practices gray journalism that reassures its audience that hilariously embarrassing events like this are too tedious to remember.

My synthesis of the Sullivan-Last dispute is that while the press only occasionally prints outright factual falsehoods, the bigger problem is that it still manages to inculcate fallacious worldviews in millions by what it treats as news and how it spins it.

For example, the fact that blacks do worse than whites on test scores in a particular school district is often spun as a shocking exposé about which Something Must Be Done, usually involving spending even more money on Diversity-Inclusion-Equity consultants.

On the other hand, the fact that blacks do worse than whites in every single school district in America, which might suggest that the particular school district being blamed for its race gap is not necessarily all that guilty of discrimination, is decidedly Not News.

And when the media do print details that subvert the Narrative, they tend to shove them down into the latter reaches of the article, long after most have stopped reading. For instance, The Washington Post just ran an article about how Facebook’s formerly color-blind policies about banning hate speech were racist because they treated hate speech against whites the same as hate speech against blacks. Finally, the 22nd paragraph gets around to the most interesting fact the reporters uncovered:

One April 2020 document said roughly 90 percent of “hate speech” subject to content takedowns were statements of contempt, inferiority and disgust directed at White people and men…