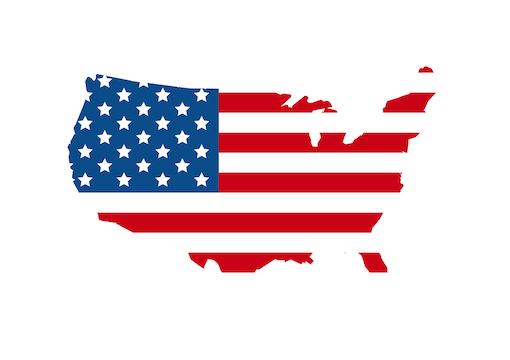 We’re all going crazy and running out of things to do during this endless shutdown. We’ve painted the dog, counted pavers in the backyard, and rearranged the spice rack alphabetically and also by color. What we really need right now is a new game!

Herewith I present the Quarantine Game that I, Ann Coulter, have invented.

The rules are simple. Imagine you’re the Democratic Party. You have a stellar opportunity to win the White House and also ensure that the opposition party never regains it as long as Homo sapiens walks the Earth.

But in a series of developments too bizarre to recall (have they finished counting the ballots in Iowa yet?), you find yourself stuck with a 77-year-old candidate whose campaign is causing no excitement anywhere in the land, even in his own brain — although, in fairness, Joe Biden is unaware that he’s running for president.

You have 12 minutes to come up with at least two (2) answers to this question: What can you do to get your party out of this mess?

Answers will be scored on rationale, probability and advantages.

Think about it. Your opposition is Donald Trump. For all the reasons Republicans salivated over running against Hillary — she was a repugnant human being, her every calculation was based on what was good for her and her family, scandals broke out whenever she was around, half the country already hated her — you are salivating looking at Trump.

Lest we forget, in Donald Trump the Democrats have a man [partial list] …

— who got into office and, the moment two people raised an objection to his fulfilling his campaign promises, said, OK, never mind! I’ll just tell my supporters I did it;

— who is more likely to adopt policy proposals from Kim Kardashian than the Angel Moms;

— who claimed to support gun rights, then mocked the NRA from the White House, while calling for absurd gun control measures (“take the guns first, go through due process second”);

“Keep Biden in the bunker, and get a body double to do all his TV interviews and public appearances.”

— who won the presidency with zero Wall Street money, then immediately turned the keys of the kingdom over to Wall Street;

— who thinks his daughter, whose only skill is designing shoes (allegedly — businessinsider.com/ivanka-trump-accused-of-copying-shoe-designs-2017-6), is the perfect person to sit at a table with world leaders, including the German chancellor and British prime minister;

— who brings a special counsel on himself by going on Lester Holt’s show and seemingly announcing it was his decision to fire the FBI director because of the Russia investigation — then blames Jeff Sessions;

— who created a fake Time magazine cover featuring himself to hang on the walls of his golf clubs (“DONALD TRUMP: The ‘Apprentice’ is a television smash!”);

— who is a very coarse and vulgar person — which could all be forgiven if only he had the little voice in his head that said No, I owe these people. I promised them. I’ll pick up the phone and call congressional Republicans.

So. Democrats have a real opportunity here. But again, you’re stuck with Biden.

When I played the Quarantine Game, here were my answers:

Rationale: After hearing every six minutes on MSNBC that “the black vote is not monolithic!” apparently African Americans agreed this ONE TIME to make an exception and vote monolithically for Joe Biden.

Even in normal circumstances, the Democrats are a little too beholden to the Al Sharptons of the party. But after black voters hauled the creaky, hole-filled Biden campaign cratered at the bottom of the sea to the surface for some quick repairs, there had better be an African American on the ticket.

How about two black Democrats?

Likelihood: I am sublimely confident that if the Democrats think they are going to lose with Biden and get four more years of Trump, they’ll make the switch. Ask Robert Torricelli.

Advantages: With two black candidates on the ticket, the media won’t have to whip up fake racist incidents like Ferguson to keep black voters interested. Together, Booker and Harris might even be able to stage a “Sister Souljah” moment to reassure backsliding white Democrats.

Rationale: Have you seen Biden?

Likelihood: Have you seen Biden?

Advantages: It’s easy! Go all Kim Jong Un. We’ll call it the Kim Jong Joe Plan. Keep Biden in the bunker, and get a body double to do all his TV interviews and public appearances. With Biden wearing a black mask these days, all they’ll need are the hair plugs.