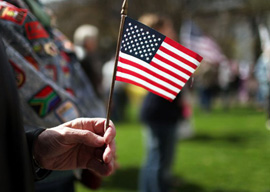 The media is already trying to sell us on why we won’t be hearing anything about this “movement” in a couple of weeks. If you think we will, you’re higher than a giraffe’s naughty bits. Get off the crack pipe!

Occupants are outraged because they can’t convince anybody to foot their bill. The Tea Party formed because America is more broke than the Ten Commandments due to thieves such as the Occupants.

Obama and his liberal cronies have put America in the Greater Depression, with the worst job creation in decades and possibly the worst monetary policy in the history of a non-African nation. Yet Democrats remain “pessimistically optimistic” of their chances for four more years of hope and change.

So what if they lost Ted Kennedy’s seat? Forget the shellacking of 2010. Dismiss the loss of a Congressional seat Democrats had held for 88 years in NY-9. Those were seismic anomalies. The left is not worried, because they have a playbook, and the plays have worked since forever.

“Once the novelty wears off, these ’60s retro retreads will return to living off productive citizens until they can access their trust funds.”

The OWS movement—which fell off the stage, got rushed to the emergency room, and is currently at DNC Medical Center ICU, breathing on a ventilator—will save them, they think. But history will not be asking, “What were you doing during the Occupy Wall Street movement?”

Since we read their playbook, in the spirit of fairness I graciously present the Tea Party Playbook. Even if you’re a fake radical, these are real rules that work:

Try to find a set of common core values with the left, and you get a schizophrenic symphony of unintelligible ramblings. To hear them is like being at a United Nations meeting without translators. Leftist splinter groups have little in common except their willingness to accept handouts and their hatred of Sarah Palin.

It must vex the left that when they abandon their pet issues for more than a sound bite, they are left feeling very conservative.

Barack Obama is the anti-military, antiwar president. Though he remains the very same man he was before his election, situations in the Oval Office have forced Obama to maintain the military—though it is decidedly more metrosexual—and keep Gitmo open. Even Obama knows that if he were to implement his “US Military Destruction Plan,” he and the rest of the kooky left would be destroyed by the very extremists they wish to protect. So the wars continue and then some, leaving the left to ask, “Is there a Nobel War Prize?”