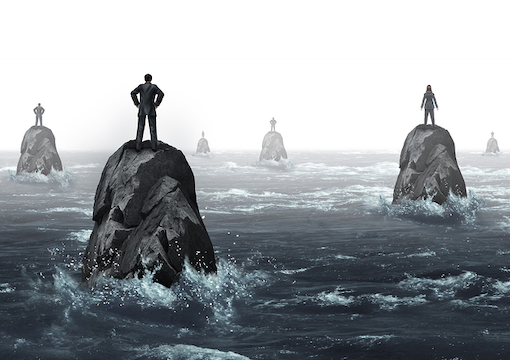 In the week since my column “Crushing the Coronavirus Curve,” Americans and Britons have rapidly woken up to the pandemic threat and started to take action.

One reason awareness grew so rapidly is because of the surge in celebrities testing positive for COVID-19, such as Tom Hanks.

Similarly, the first lady of Canada, Sophie Grégoire Trudeau, and movie star Idris Elba posed together at a charity event in London on March 4. Both have since tested positive.

At a lower level of celebrity, the busy British science pundit Adam Rutherford has come down with the virus while promoting his new book (which I gave a middling review to here on Feb. 19).

At present, this seems to be a disease that spreads first among the affluent, energetic, and popular. Normally, it’s nice to go through life jetting around to places where everybody wants to shake your hand. But not at the moment.

Nothing is ever certain about viral epidemics, but this one appears to be likely to spread down from the top to the masses unless stringent action is taken very quickly.

As I argued last week, the pandemic is extremely serious, but the situation is not hopeless. We are at a point where it’s not quite too late to take action.

The dire state of northern Italy shows what can happen as hospital capacity gets overwhelmed, threatening not just victims of the new virus, but everybody else who needs a hospital bed for run-of-the-mill reasons.

“Children today are taught to sneeze into their inner elbows, and it’s not too late for the rest of us to learn.”

On the other hand, several East Asian countries have found different strategies that all seem to work at depressing new infections below the rate at which the virus dies out. For example, Reuters reported this week:

South Korea reported 84 new coronavirus cases on Tuesday, marking a third day in a row that the county has reported fewer than 100 new infections amid growing hopes that Asia’s largest outbreak outside China may be easing. The new numbers are well below a Feb. 29 peak of 909…. Another 264 patients were released after recovering….

Their number of active coronavirus cases has dropped slightly over the past six days and, with luck, a big decline may be in the offing there.

South Korea has been aggressively testing, so their case count statistics are likely more reliable than other countries’ numbers. Sadly, America is probably too late to follow exactly what South Korea did right.

In contrast, Japan, like the U.S., lags behind South Korea in testing capacity. So, while its case numbers are probably badly understated, there haven’t been many deaths in Japan: only 28 at latest count. And Japan has one of the oldest populations in the world, with a median of 48 years of age, a couple of years older even than hard-hit Italy.

Deaths from the coronavirus are probably generally a more reliable number than cases, just as in comparing crime statistics from city to city, murder rates are less unreliable due to official negligence than are burglary rates. On the other hand, deaths are a lagging indicator so you can’t steer just by pointing to the small number of deaths so far.

The Japanese, in their own way, are evidently doing something right. In Japan a few school districts even decided to reopen on Monday after a couple of weeks of shutdown. I don’t know whether that is wise or not, but this variation within Japan will prove useful in seeing what works.

We will have data from many different strategies arriving in upcoming days, which can help us fine-tune our own approaches. We have to learn the best ways to lock down and the best ways to open back up again because shutting down for long is ruinously expensive.

Taiwan is trying to get by without a lockdown, stepping up surgical face-mask production to 10 million per day. So far, their tactics seem to be working, with only 75 cases and one death.

As for China, who knows how valid the Chinese statistics are? But there are definite signs that the Chinese state feels the worst is over over there. For example, the Foxconn factories where Apple iPhones are assembled have apparently reopened (although at what percentage of full capacity seems opaque).

A more long-term question is whether other countries will continue to allow themselves to be so dependent upon Chinese manufacturing. America’s shameful shortage of face masks due to Chinese hoarding has forced our authorities to lie to the public that masks are ineffective in order to preserve what few are available for health care workers. This ignominy should stand as a turning point in the history of American industrial policy.

Overall, the good news out of East Asia is that there are multiple examples of countries that have done enough right to “flatten the curve.”

As I pointed out last week, however, the new debate needs to be about how hard we flatten the growth curve of the pandemic versus the cost of flattening the economy. I argued that the Chinese experience shows that crushing the curve now can be effective in terms of public health. Rather than trying merely to delay the inevitable spread of the virus to the majority, the goal should be to wipe out the germ. Psychologically and politically, playing to win would seem more inspiring than playing to lose slowly.

Since then, this issue was debated publicly in Britain, where Boris Johnson’s government last week proposed mild, slow-motion steps in the name of “mitigation” of the strain on the National Health Service while “herd immunity” builds among the public: what I called the “Lie Back and Think of England” approach.

On Monday, however, the U.K. government toughened its plans, calling for a policy of “suppression” or crushing the curve after a task force of experts at Imperial College issued an eye-opening report.

A moderate response simply wouldn’t work, the experts declared, because the hospitals would be overflowing by May, with hundreds of thousands of deaths in Britain (and more in the U.S. if we followed the same plan).

Staunch suppression (such as shutting down schools, spectator sports, bars, and so forth), on the other hand, could get us through the summer without the medical system melting down too badly, according to the Imperial College modelers.

But if the economy and society went back to normal in, say, September, their model forecasts a massive second wave in the late fall, rather like how the 1918 Spanish flu faded out by August, but then came roaring back in October.

This is an alarming scenario, to say the least.

The forecasters argue that suppression would need to be practiced for the majority of the next eighteen months, at which point they hope a vaccine would be ready.

Even worse, I’d point out, it’s possible that no vaccine will be found: Coronaviruses are hard to vaccinate against. They tend to mutate rapidly.

On the other hand, kicking the can down the road for seven months or so on the prospect of mass death might possibly pay off in multiple ways, not all of which can be specifically anticipated at present.

For instance, it seems possible for the English-speaking countries to have a South Korean-style testing regimen working by fall that could put out flare-ups before they turn into the apocalypse.

There are many different methods to create a vaccine. Well-funded crash programs might get lucky.

They could speed things up somewhat by cutting corners on safety. Today’s vaccine researchers are not used to taking heroic steps to rush because they typically work on the fairly obscure infectious diseases that still lack vaccines, so there isn’t much excuse for risking nasty side effects lately.

Medical treatment of the infected ought to improve with time. Testing will certainly get better than it has been. (In America, it can’t get worse.)

We may discover new customs to cut R0 (the basic reproduction number). Wearing masks will hopefully become feasible and accepted. Children today are taught to sneeze into their inner elbows, and it’s not too late for the rest of us to learn.

Are there better ways to open doors? There is some evidence that viruses don’t survive long on copper, so maybe retrofitting your house with shiny copper doorknobs will quickly become a status symbol.

Also, the virus might mutate into something milder if we socially distance ourselves. Unfortunately, this tendency of viruses evolving toward lessened severity isn’t universal: Perversely, the 1918 Spanish flu mutated over summer into the harbinger of doom that it was in the fall.

The epidemic may fade out altogether in warmer weather, as these kinds of things sometimes do. (I hope we can someday all have a good laugh about the Panic of 2020, the way we joke about Y2K.) There is some evidence at present that the novel virus thrives most in cool and dry conditions.

For example, I keep hearing anecdotal evidence of people on ski vacations testing positive, but I haven’t heard any examples yet of people on golf vacations coming down with the WuFlu. I may be wrong about this pattern, but it’s worth investigating.

In normal times, skiers tend to be among the most vigorously healthy people, more so than golfers. But there is a big difference in their preferred climates: Skiers head for cold mountains, while winter golfers aim for sun and warmth in Florida and the Southwest. Perhaps the difference so far between skiing and golfing is something as simple as your nose runs more in the cold?

In summary, there are uncounted ways to fight this plague that might work. We need to try them. We’ve overcome worse problems before and we can do it this time, too.