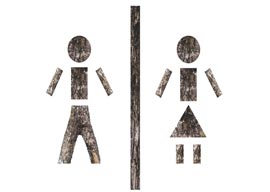 The U.S. Department of Education just ruled that an Illinois school district violated the rights of a transgender student by not letting him use the girls” locker room. The student identifies as a female but still has the schlong God gifted him with at birth. In a more sensible time he would be considered a male (and a pervert), but alas, biology has lost out to the religion of “muh feelz.”

Parents are understandably outraged and don”t want a hormonal teenage boy rinsing his junk off next to their daughters. But their concern means nothing to the SJW juggernaut known as the Obama government. They will comply…or else.

The school district now has a month to reach a compromise with the snooty chick wannabe before the Department of Education takes further action, which could include loss of federal funding. Instead of getting this trans student help (which actual medical professionals recommend), his delusions are being humored. And it will be the female students who suffer.

Don”t assume the transgender problem exists only in schools. The “gender is a social construct” meme is infiltrating all facets of American life. Caitlyn Jenner was only the beginning. There are multiple trans-focused shows on television. Social media allows users to choose from dozens of gender identities. Some wacky parents even subject their sons to camps that “reeducate” them on traditional gender roles by encouraging them to dress like Disney princesses.

“Perhaps it’s time for the country that whipped the Nazis and put Soviet communism in the grave to rediscover its spine and get back to traditional gender roles.”

Given the abnormally high suicide rate among transgender individuals, forcing a child to dress as the opposite sex for the very purposes of undermining basic gender norms isn”t just a novel form of parenting; it’s child abuse. It’s a disgusting crime that warrants legal recourse. But I digress.

Now, you might think: If some delusional folks want to chop off their genitals and play dress-up, why should it be any skin off my nose?

You would be wrong to take a callous attitude toward gender dysphoria. High suicide rates are one thing. The draining of the American”and Western”soul is another. The trend we”re seeing with the rise in acceptability of sexual deviance threatens the very foundation upon which our civilization is built. Unlike Buffalo Bill, it’s no laughing matter.

As the U.S. succumbs to gender madness at home, unapologetic masculinity is taking off abroad. Russia’s strongman president Vladimir Putin openly trashes the moral relativism of the West while standing up for traditional values. China just eliminated its one-child-per-family policy in order to assuage its growing population of unmarried men. The Middle East is being overrun with an Islamic caliphate that practices Sharia law and encourages patriarchal family structure.

Our adversaries are proudly aligning themselves with patriarchy. Perhaps it’s time for the country that whipped the Nazis and put Soviet communism in the grave to rediscover its spine and get back to traditional gender roles.

So how do we begin to reverse the damage done by the left’s deranged view of biological reality?

The answer is easy: start being men and women again. Okay, you might say, but what does that mean, exactly?

It means accepting yourself and your role in the world. It means valuing social obligations. It means taking care of your family. It means having a stake in the community around you. It means going to church. It means staying faithful to your spouse. It means delaying gratification. It means putting the needs of others above your own.

Basically, it means cultivating the bourgeoisie lifestyle so loathed by the left. It’s not always easy”Lord knows I fall short on multiple counts”but dedication to the cause is what matters. Living an ascetic life is the toughest thing a guy can do. But the fruits are worth it: a sense of being a good man or woman, and rubbing it in the face of liberals.