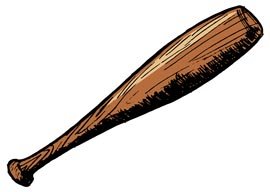 One little phrase in Le Monde‘s report of an incident in Nice”in which a man aged 30 called Moussa Coulibaly attacked with a knife three soldiers guarding a Jewish community center”caught my attention: rien de bien mÃ©chant, nothing very bad.

It was used in describing his prior record: Coulibaly had been found guilty six times between 2003 and 2012 by French courts of “theft, use of drugs, insulting policemen,” and had received either fines or suspended prison sentences for his rien de bien mÃ©chant. Given the percentage of offenses that are actually elucidated in France (as elsewhere), the chances are that he had committed at least ten times as much as he had ever been charged with, and it is also very likely that some of what he had done was a good deal more serious than anything that has come to light. At the very least delinquency was his way of life; and the total amount of harm he did, the misery caused to or inflicted on others, considerable. Rien de bien mÃ©chant doesn”t quite capture it, and could only have been written by someone inhabiting so utterly different a social world that he has no idea of the nature of Coulibaly’s.

The trajectory followed by Coulibaly is by now depressingly familiar: so familiar, indeed, that I could have written the outlines of his biography myself merely by having read what he did in Nice. As with many others of his type, his delinquency was followed by religious radicalization that gave to his criminal impulses a patina of moral justification. It not only gave him permission to do bad things, but made them morally obligatory. Could there be any greater pleasure in life than making others suffer for righteousness’s sake? For such as he, and those worse than he, sadism is next to godliness, or even the thing itself.

“Could there be any greater pleasure in life than making others suffer for righteousness’s sake? For such as he, and those worse than he, sadism is next to godliness, or even the thing itself.”

Coulibaly’s action was probably an instance of the Werther effect that has been known for a long time to those who study suicide. When there is a well-publicized case of suicide there is often a brief increase in the number of suicides afterwards. The effect was first noticed after the publication of Goethe’s novel, The Sorrows of Young Werther, in which the young hero killed himself for the sake of forlorn love; and all over Europe young men, who fancied themselves forlorn, followed suit. There is no underestimating the weakness of the human mind.

Coulibaly’s efforts were preceded by those of a Burundian convert to Islam, Bertrand Nzohabonayo, who not long ago entered a police station in a suburb of Tours and stabbed three policemen before being shot dead by a fourth. He, it seems, was responding to a call by a video by ISIS calling on Muslims in France to kill officials of the state by whatever means possible.

The Werther effect is not confined to Muslim converts or radicals, though no doubt such conversion adds to the weak-mindedness of which the effect is a manifestation. Not long ago in the city in which I worked, there were three attacks in quick succession on crowded places by men wielding machetes, the latter two presumably imitating the first. What was also interesting to me was that machetes should be so easily obtained in the city, though it was hardly famous for its sugar cane fields or jungle undergrowth (literal, not metaphorical) where such implements might be genuinely useful or necessary. This reminds me of the interesting fact that in England, where baseball is not played, the sale of baseball bats far exceeds the sale of baseball balls, the bats used for purposes which it does not require much effort of the imagination to guess.

And this is a convenient point to reflect upon the culture”I use the word culture in its anthropological sense”which produced Moussa Coulibaly. Though Le Monde did not mention it, I should be very surprised if he had never evinced an interest in rap music or had never worn the slum costume whose style”another word I use in its anthropological sense”originates in the black ghettos of America. Two of the fashions at least appear to have a carceral origin: the baseball cap worn backwards and the trousers worn at half-mast, as it were. The former was first employed by visitors to prison, who wanted to get nearer to the prisoner whom they were visiting, and the peak of whose cap prevented this so that the cap had to be reversed. The latter was in imitation of prisoners who were allowed no belts in case they were used for suicide (or hanging others), and whose nether garments therefore hung low. I add two caveats: the first that the origin of these two fashions is conjectural, and second that such as Moussa Coulibaly are not necessarily interested in tracing the historical origins of their own tastes, tending to live as they do in an eternal present moment.