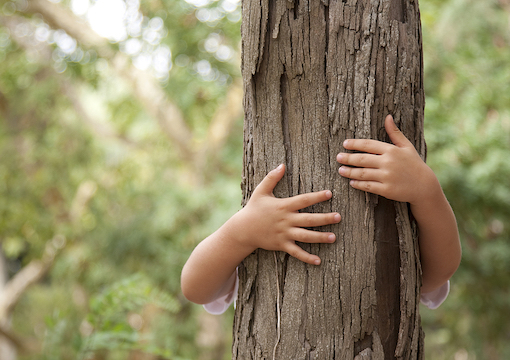 PTSD (post-traumatic stress disorder)? I can only assume that it develops after watching too many video clips of little Greta Thunberg spoiled-bratting about her ruined childhood. A single photograph of her is certainly enough to trigger very unpleasant emotions in me: I think I need a safe space in which it is impossible for her to appear, otherwise I shall begin to suffer from post-Thunberg stress disorder.

In this context, however, PTSD should surely stand for “pre-traumatic stress disorder”; that is to say children are being trained up so that, when they really do suffer from something rather than merely imagine it at some time in the future, having hitherto lived privileged lives by the standards of all previously existing human beings, they will be nice and vulnerable, requiring an army of therapists, counselors, social and auxiliary support workers, etc., to get through the rest of their lives. This is necessary demand management for the professionally compassionate, who need a constant supply of the wretched upon whom to exercise their compassion. Resilience is their enemy.

“I can’t imagine that teaching children and young people self-righteousness will do very much intergenerational justice.”

I remember their delight when our hospital was designated one to receive wounded soldiers from the first Iraq war. They almost salivated at the prospect of the arrival of many horribly wounded soldiers on the verge of psychological collapse upon whom they could practice their various “therapies” and ooze their compassion almost like a sticky secretion. Alas, there were too few casualties for the hospital to be needed and the psycho-vultures were cheated of their prey, or perhaps I should say carrion. It was most disappointing for them.

One child psychiatrist said, “[Children and young people] must lead in developing the solutions, rather than having them imposed on them. Proposed interventions should put social and intergenerational justice considerations at their heart.” Among other things, according to the psychiatrist, they should switch their savings to “ethical” banks that do not invest in fossil fuels.

I can’t imagine that teaching children and young people self-righteousness will do very much intergenerational justice. Youth is already quite arrogant enough without indoctrination. It all sounds uncommonly like brainwashing to me, but placing the responsibility on little Jimmy or Arabella from Much Wenlock or Chipping Norton for limiting carbon emissions in China seems hardly the way to calm their anxieties. We all know that power without responsibility is a curse for humanity, but responsibility without power is a curse for humans, a powerful inducer of feelings of helplessness and hopelessness.

I think it was Wesley (though I may be mistaken) who said, with regard to the physical chastisement of children, that it is never too soon to do God’s glorious work. Instead of chastising them with whips and scourges, however, we now chastise them with anxieties that the world might not last another ten, or even five, years, that they will live to see the apocalypse of heat, fire, rain, wind, dust, flood, tsunami, drought, famine, tropical disease (There will be locusts over/The white cliffs of Dover), that will end all human life, especially theirs.

And just as they must learn by the age of 6 to be nice to transsexuals (in the unlikely event of survival, of course), so they must learn by the same age to examine the accounts of giant banks to find out whether they have lent money to Woodside Petroleum of Australia, for example, or committed some such other crime against the environment.

If predictions of forthcoming energy shortages are to be believed, however, they may also have to learn how to wrap up warm in the coming winter—that is, if global warming has not already made our winters as hot as our summers.

Well, anyway, the innocence of childhood was always a myth, as Freud discovered, or claimed that he discovered; let children therefore face up to the terrible realities of existence from the earliest age, from the moment that they can listen.

If I may be allowed a moment of seriousness, or at least of solemnity: The state of the environment is obviously deeply worrying. I am no naturalist, but even I have noticed the diminution in the number of songbirds, for example, since my childhood. I haven’t seen a song or mistle thrush for years and they were once common, even in suburban gardens; so common that I used to seek out their nests to steal their eggs, which I was told, rightly but ineffectively, not to do. Starlings, that once almost darkened the sky so numerous were they, do so no longer. The cuckoo, the subject of one of the first poems in English, and which I heard even in London sixty years ago, is fast disappearing from the whole of England; my rural friends have remarked on its disappearance in the past few years. Insect life has been decimated, which perhaps explains the reduction in the number of birds.

African wildlife is likewise under threat. African wild dogs, for example (an aesthetically unappealing species), which were very common even in my time in Africa thirty years ago, have become scarce. Does it matter to me? After all, African wild dogs have played only a walk-on part in my life, if even that; if the species were to become extinct my life would change not at all. And yet, perhaps irrationally, I would be sad to know that the world no longer had room for them. The mere existence of such creatures, though I shall probably never see them again in my lifetime, enriches me in some indefinable way. The disappearance of the thrushes saddens me, even though my life has been perfectly satisfactory without them and, from moment to moment, I do not miss them.

So I am in favor of preserving and even improving the environment—just not as an excuse for totalitarianism.