Revenge of the Turds 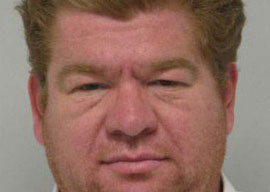 On Monday, we learned of a DuPont heir who has been given nothing but parole for raping his daughter, because the judge felt he wouldn”t “fare well” in prison. It’s natural to want to punish this guy yourself. It’s a perfectly healthy fantasy to have, but that doesn”t mean you should act on it. Studies have shown that while revenge fantasies can be therapeutic, carrying them out might make you feel worse.

So, indulge me in some revenge fantasies while I figuratively dole out punishments to the hatemongers who are holding America back from enlightenment. I”m talking about the racists and xenophobes and sexists who keep us all anchored in the past. These are vile, bitter old white people who reject equality and bask in their own stupidity. I”m talking about ignorant white supremacists like Richard Herrnstein, the author of The Bell Curve. This Nazi used junk science to “prove” that when looking at millions of people, there were discernible patterns correlating race and IQ. I wouldn”t even waste my time beating him up. I just wish he were dead.

“This Nazi used junk science to “prove” that when looking at millions of people, there were discernable patterns correlating race and IQ. I wouldn”t even waste my time beating him up. I just wish he were dead.”

Some punishments would be more elaborate. You know that Princeton Mom who says women need to marry early and start families? How about this? If she thinks being a housewife is so great, she should have to try it. Let’s have Susan Patton stay at home and cook and clean and raise two boys. Ha! Not so fun now, is it? It’s easy to badmouth other women’s choices when you take off on your kids like Wendy Davis did, but it’s a little trickier to shape a couple of boys” lives and make sure they”re loved and nurtured enough to attend Princeton themselves. Patton wouldn”t last ten minutes as a housewife.

Simply forcing someone to practice what they preach isn”t much of a revenge fantasy, however. If I”m imagining a punishment, I want something much more invasive. Rape has always been a very effective tool in war. Not only is it a barbarous assault that traumatizes the victim, it ends the enemies” entire culture by diluting the race. It’s hard for the children of Bosnian rapists to hate Bosnians when they”re part Bosnian themselves.

So I don”t want racists to have to spend an afternoon with visible minorities. I want them to have to marry them and breed. Naomi Schafer Riley spews vile hatred from every pore in her body. Instead of seeing victory in the huge surges of educated African-Americans, she focuses on the quality of their dissertations. Riley was fired from The Chronicle of Higher Education for not taking black studies seriously enough. She seems to think academic writing on the lack of black midwifery in natural birth literature is a waste of time. She also failed to see how African-Americans such as Thomas Sowell and Clarence Thomas have “played one of the most-significant roles in the assault on the civil-rights legacy that benefited them,” as one of the students she was criticizing suggested. How do you knock sense into a woman who can”t see that Thomas Sowell is racist? Make her marry a black guy. Not only would she have to wake up every single day and see the face of the enemy, she”d have to have kids with him too. It’s easy to mock people of color from afar, but let’s see her raise three children of color with her black husband. She”d go from laughing at minorities to being a minority in her own home. Forcing her to sit on the couch and watch movies her black family picked out would be poetic justice.

This is fun. Let’s do this to other white supremacists on the Hatewatch list. Violence is for pussies. I want racists to have to mate and habituate with visible minorities. John Derbyshire personifies pure evil: he was fired from National Review for telling his children to be wary of black politicians and try to avoid being singled out by a black mob. Hey, white man, how about you marry a minority and have a son and a daughter with her? How sweet would it be for Derbyshire to have to stare at his own offspring and see Asian eyes staring back at him? Whoops, you just sullied your own perfect race, John. Of course, this will never happen”because white racists abhor anyone who doesn”t look like them”but we can dream, can”t we?