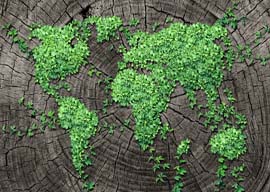 “Instead of building walls, we need to be tearing down barriers. We need to show that we really are all in this together.” “Hillary in SC

Because the Democratic front-runner was clearly referring to Donald Trump’s proposed border wall, the literal interpretation would be that she was demanding the tearing down of the rather meager defenses currently dividing the United States from Latin America.

And that raises the question of who exactly are the “we” Hillary says “are all in this together.” Does Hillary’s “we” refer to Americans…or to anybody who shows up at those hateful border barriers?

Now, you might say that Hillary is an aged and cynical politician, and that whatever her speechifying, she wouldn”t actually do anything so stupid as to give encouragement to a flash mob from south of the border.

But you would have been tempted to say the same thing a year ago about the chancellor of Germany. Angela Merkel is just like Hillary, if Hillary were younger, smarter (Dr. Merkel has a doctorate in physical chemistry), more experienced (Merkel has been leader of her party for sixteen years and prime minister for ten), soberer, and self-made rather than running on her politically talented husband’s coattails.

But as we all know by now, Merkel messed up. Badly.

Except there’s no evidence that Hillary has noticed Angela’s blunderkrieg.

Why would a respected national leader suddenly inflict a world-historical own goal upon her people?

One reason is rhetorical momentum. As the decades go by, respectable concepts become ever more extremist as the establishment succeeds in demonizing dissent. Ideas that were reasonable in moderation become unquestionable dogma. Without a culture of open debate, the politicians get stupider.

“Politicians rely on the media for their ideas, so political correctness leads to policy incompetence.”

For example, in recent years Democrats have become obsessed with the Ku Klux Klan threat at places like Oberlin College, even though the KKK these days exists barely more than the Rosicrucians or the Elders of Zion. You might think that the Republicans would mock the Democrats for their conspiracy theorizing and mindless paranoia, but instead the GOP establishment has recently turned to KKK hysteria itself in a bizarre effort to smear its own front-runner, Donald Trump.

I”m often told, in effect, “You”re a smart guy, but you sound like a crazy extremist when you speak out in favor of prudence, moderation, and realism. You”d be a lot more popular if you didn”t write about the things you aren”t supposed to write about.”

I answer, “I”m not smart enough to obfuscate. If I don”t write down how truths are connected to each other, I can”t remember them.”

Similarly, in Germany, a senior civil servant, Thilo Sarrazin, published in 2010 a massively documented best-seller, Germany Abolishes Itself, about the downsides of mass immigration. Sarrazin’s book sold an incredible 1.5 million copies despite never being translated into English. But it was hideously unpopular with the German media. Sarrazin noted in the aftermath:

The code of conduct in a society, which is not laid down by law, varies over time. It is to a large degree implicit and not subject to formal”or even openly discussed”rules. But those members who do not observe it run the risk of being excluded from “the good society.” Having and expressing the “right” set of opinions about certain scientific, social and political questions is an important part of this code of conduct….

Most of the public, of course, don”t have time to make themselves experts on the issues, so they have to rely upon professionals. Sarrazin observed:

Politicians, on the other hand, form their understanding of public opinion by consuming the media. Most of them sincerely believe that voters think what the media write or say. Media are made by people, and media people recruit themselves in a process of self-selection, much as lawyers, doctors or engineers do. Polls show that media people mainly listen to other media people.

The most interesting response Sarrazin got from other insiders was to the effect of “Of course the Turkish Muslim immigration of a couple of generations ago hasn”t worked out well. We all know that and we aren”t going to make that mistake again. So there’s no need for you to talk about immigration in public. We”ve got this under control.”

But five years later, the German authorities suddenly decided on a whim during summer vacation to let in vast numbers of Arabs and Afghans, who are likely to make the Turks look like Swissmen. Tacit knowledge isn”t reliable when it comes to betting your country on the unspoken wisdom of politicians. As Sarrazin said, politicians rely on the media for their ideas, so political correctness leads to policy incompetence.

What is more likely to prove beneficial is a broader understanding that logically you can change your mind about policies without admitting you were wrong in the past. People don”t like to admit they were in error in years gone by, both because of personal egos and because that feels like they are betraying their old allies.

But “flip-flopping” can actually be the right response to changing circumstances.

Successful policies of the past can outlive their usefulness. Indeed, the most wildly effective strategies”e.g., Reagan’s military buildup against the Soviet army”can make themselves irrelevant through their own success. Dick Cheney spent 1992 radically downsizing the U.S. military because…we won.

The concept of diminishing marginal utility provides a major basis for modern economics. But it’s apparently not a particularly natural way for people to think. For one thing, it’s not terribly inspiring. You are hoping to discover the sole eternal solution for all problems. But then it turns out that solving your current problem (e.g., in 1985 there were 53,000 Soviet tanks pointed toward the Fulda Gap, which was a big problem) leads to new troubles that require new solutions. It’s all rather exhausting to think about.

At the intellectual level, Aristotle advocated moderation 2,400 years ago. But it took more than two millennia for the concept of marginalism to emerge in its modern form. Daniel Bernoulli hinted at it in the 18th century, and H.H. Gossen published on it in the 1850s. Eventually Alfred Marshall made it orthodox economic theory in the 1890s.

But even for professional economists, the idea that too much of a good thing is bad can be hard to grasp. For example, the vast majority of experts didn”t notice that the long easing of mortgage credit terms over the past century, which had done so much to spread prosperity, had gone too far by 2005. Cutting down payment requirements from 50 percent to 20 percent hadn”t proved disastrous, so cutting them to zero percent couldn”t hurt, either, right?

In March 2007, as subprime firms like New Century Financial were cratering, economist Austan Goolsbee scoffed in a New York Times op-ed entitled ““Irresponsible” Mortgages Have Opened Doors to Many of the Excluded“ that skeptics were almost always overly pessimistic about the expansion of mortgage lending, probably out of racism:

…the mortgage market has become more perfect, not more irresponsible…. As Professor Rosen explains, “The main thing that innovations in the mortgage market have done over the past 30 years is to let in the excluded: the young, the discriminated against, the people without a lot of money in the bank to use for a down payment.”… The Center for Responsible Lending estimated that in 2005, a majority of home loans to African-Americans and 40 percent of home loans to Hispanics were subprime loans. The existence and spread of subprime lending helps explain the drastic growth of homeownership for these same groups. Since 1995, for example, the number of African-American households has risen by about 20 percent, but the number of African-American homeowners has risen almost twice that rate, by about 35 percent. For Hispanics, the number of households is up about 45 percent and the number of homeowning households is up by almost 70 percent.