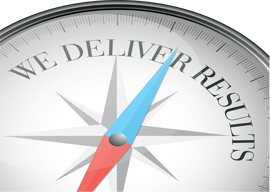 Ironically, the most far-reaching scheme to rig this and future American elections isn”t being plotted in the Kremlin (as Hillary Clinton and the ruling media warn). Nor is it being hammered out in K Street offices by lobbyists, Democratic operatives, and their press counterparts (as Donald Trump suggests).

Instead, Democrats and their auxiliaries in the media routinely boast of their dream of turning America into a one-party state through changing who gets to vote in American elections.

Strikingly, this vast conspiracy to dilute the sovereignty of American voters by inviting in ringers from abroad is not covered up, nor even excused as aggressive-but-legal political hardball.

Instead, the dilution of the voting power of American citizens is praised lavishly as representing the highest value of “who we are as Americans.”

To protest, or even to notice, the open machinations to adulterate the value of your vote by importing millions of foreigners to increase the numbers of votes cast for the Democrats brands you as a deplorable.

That the Democrats want ever more non-Americans allowed into America so that these immigrants and their descendants can tip American elections toward permanent Democratic rule is something that Democrats are happy to discuss, just so long as Republicans admit that if they aren”t supportive of the Democrats” scheme, then Republicans deserve their upcoming fate.

The Democrats have enjoyed inviting the more narcissistic and naive GOP politicians, such as Lindsey Graham, John McCain, and Marco Rubio, to join them in promoting the Democrats” attempts to rig future elections via “comprehensive immigration reform.” As the Democrats point out, the only way Republicans can prove to the onrushing millions of foreigners that Republicans aren”t irredeemable, racist haters on the wrong side of history is by helping the Democrats bring in even more future Democrats.

The use of immigration policy to bias elections has a long history. For example, Ariel Sharon largely destroyed the prospects of Israel’s once great Labor Party by inviting a million Russians to Israel, where they became his fervent supporters.

“It took Democrats a while to figure out that their grand strategy ought to be to give up on persuading the American people to elect them and instead for them to elect a new people.”

Ted Kennedy sponsored the 1965 immigration act, which he hoped would increase immigration from Ireland to boost his own career. When it turned out instead to open the floodgates to the Third World, in 1990 Kennedy pushed through another immigration act to bring in more Kennedy-voting Irishmen, the diversity visa bill. Once again the Irish weren”t terribly interested, but Kennedy’s legislation set up chain migration beachheads in America for dozens of other nationalities.

It took Democrats a while to figure out that their grand strategy ought to be to give up on persuading the American people to elect them and instead for them to elect a new people.

For example, in the 1990s the Clintons often talked like Trump on immigration. Bill orated in his 1996 State of the Union address:

But there are some areas that the federal government should not leave and should address and address strongly. One of these areas is the problem of illegal immigration. After years of neglect, this administration has taken a strong stand to stiffen the protection of our borders. We are increasing border controls by 50 percent. We are increasing inspections to prevent the hiring of illegal immigrants. And tonight, I announce I will sign an executive order to deny federal contracts to businesses that hire illegal immigrants.

Let me be very clear about this: We are still a nation of immigrants; we should be proud of it. We should honor every legal immigrant here, working hard to become a new citizen. But we are also a nation of laws.

President Clinton had earlier appointed a formidable black lesbian orator, former Congresswoman Barbara Jordan (D-TX), to chair his commission on what to do about immigration. She reported back that immigration was bad for blacks and other poor Americans, and that not only should illegal immigration be cracked down upon hard, but legal immigration should be cut substantially.

Tragically for the American people, Jordan died of cancer in early 1996, stilling her authoritative and independent voice. Congressional Republicans turned their backs on her restrictionist policy recommendations, which would have been bad for the GOP’s Cheap Labor obsession.

It’s fascinating to reread Democrats debating immigration a couple of decades ago because the intellectual quality of their arguments was so much higher back then. The “huddled masses” schmaltz tended to be a neoconservative Republican specialty in the later 20th century, while Democrats asked each other hardheaded questions about how more immigration would help blacks and union members.