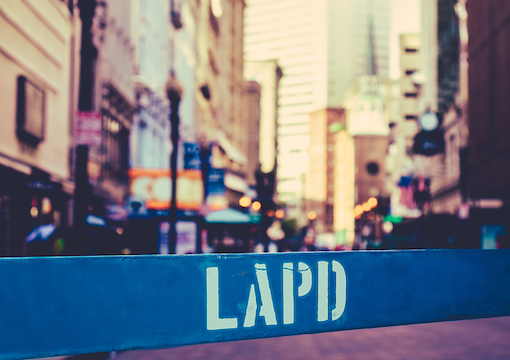 Hollywood’s moral compass points in only one direction—the wrong way. There is no better example of Hollywood’s inverted sense of morality than the fact that as our Tinseltown “betters” were defending and in some cases bailing out the violent thugs who’d laid waste to dozens of American cities (“torching and looting stores is a protected First Amendment freedom!”), those same noble Hollywood arbiters of right and wrong were heaping vitriol upon a recently deceased 102-year-old WWII Marine veteran and great-grandfather…because he said hurtful things (“hate speech is a crime!”).

Hutton Gibson was Mel Gibson’s dad. He was also an author, publisher, theologian, “traditionalist,” and former Jeopardy! grand champion. Hutton held many controversial views, of the Vatican, Jews, Muslims, secularists, and yes, the Holocaust. The latter is why in 2004 he chose me to shoot a documentary about his beliefs—a film he insisted must only be released after his passing (he died in May; more specifics on that project here).

Hutton Gibson never robbed anyone; he never looted or burned down a store. Instead, he raised eleven children and was grandpa and great-grandpa to many more. Yet to Hollywood, and our other leftist overseers, Hutton Gibson might as well have been a serial killer.

“Hallelujah! Neo-Nazi loving, bizarre rogue Catholic Hutton Gibson is dead.” That was the headline of the “obituary” that ran on the Showbiz411 entertainment website. Showbiz411 is run by Roger Friedman, former entertainment reporter for Fox and columnist for New York magazine. “Hutton Gibson was a bad, bad guy who was a Holocaust denier and all around crazy person,” Friedman crowed. “Hell is too good a fate. So roast in Hell, Hutton.”

“Hell is too good a fate”…for a guy whose only crime in life was holding opinions.

Former Saturday Night Live cast member Julia Sweeney (remember that “Pat” character of hers? Boy, that never got old…) tweeted a link comparing Gibson to “white nationalists” and pneumonia (yes, apparently he was worse than a disease).

“Feel-good films will be as effective in saving this nation as Trump’s tweets.”

Again, I’ll point out that this unbridled hatred is directed at a man because of his words, because he expressed himself verbally, and nothing more. Meanwhile, thugs and lowlifes who use fists, bricks, baseball bats, and Molotov cocktails are defended and celebrated for “expressing themselves” (by burning cities down and beating people up). Hutton Gibson never forced anyone to listen to his views (and he was supremely courteous to me, even knowing that I don’t share his religious beliefs). The BLM and Antifa terrorists, on the other hand, force everyone to listen and obey. They represent the very definition of “forcing their views.” How many people have been threatened with violence or “cancellation” for not pledging absolute fealty to the BLM cause?

BLM and Antifa “express themselves” like it’s Kristallnacht, but somehow it’s Hutton Gibson who’s the Nazi.

The BLM/Antifa terror riots have given Hollywood’s elites their boldest opportunity yet to display their irrational hatred for this nation and the majority of its citizens. Whether funding the rioters, funding the protests (one BLM fest in L.A. was organized and subsidized by the top three talent agencies in the country—ICM, UTA, and CAA), or recording videos in which they apologize for being white, Hollywood’s leading lights want you to know that they despise you, and if you’re a straight, non-Jewish white American, they very much wish you dead.

So, it’s time for conservatives to “create their own Hollywood!” Well, I’ll be damned, I typed that sentence with no errors, even though I was laughing myself hoarse. Yep, “create our own Hollywood.” That’s second only to “the Democrats are the real racists” on my list of despised conservative clichés. In the past few months, there’s been a marked uptick in “create our own Hollywood” rants on the right. “We need a conservative Hollywood,” declared movie critic and podcaster Christian Toto. “We, as conservatives, must build a way of producing and delivering entertainment to the vast audience out there that is disgusted by modern Hollywood,” actor Nick Searcy wrote in an op-ed for RedState. Conservatives need to “stop throwing their money into fruitless right-wing organizations that produce nothing, and invest in conservative artists,” stated Ryan James Girdusky at American Greatness.

Yes, invest! Searcy echoes that point in his RedState piece: “It is long past time for conservatives to get off the sidelines and get out their checkbooks” to fund this “new Hollywood.”

Nick Searcy was a good friend of mine, Christian Toto runs a fine site, and Ryan Girdusky is one of the better young writers on the scene today. I like these guys…but they’re way off base. For over a decade a well-funded organization existed for the express purpose of helping and promoting conservatives in Hollywood—Friends of Abe (FOA). I’ve written about that org many times. Searcy and I were longtime members, and we both witnessed its implosion (young Girdusky admitted to me that he’s heard of FOA, but he’s “not familiar with any details about it”).

FOA failed for the same reason any attempts to mimic it will fail: Conservative artists, being a minority in this town, battle for resources like Kalahari lions in drought season. Because there’s a finite number of potential backers, conservative artists obsessively compete not just to get the money themselves, but to keep the other guy from getting it. Thus, conservative artists are always sabotaging each other, which alienates the financiers, who go into such projects assuming that ideological cohesion will lead to box office support. When they see ideological infighting, disunity, and blackballing instead, they become justifiably soured.

Last year, Searcy himself led a boycott against FOA member Clint Eastwood’s conservative-friendly film Richard Jewell. Conservatives are always “canceling” each other for being “not right-wing enough” or, conversely, “too right-wing.” Conservative artists don’t get the “open checkbooks” because investors have been burned too many times by backbiting, subterfuge, and purity tests.

But all that aside, there’s a bigger point to be made here.

People don’t need a Nick Searcy film to tell them that a man in lipstick and a dress is not a woman. They don’t need “conservative Hollywood” to convince them that there are only two genders. They already know it. We all already know it. And even while knowing it, we’ve still ceded reality to a bunch of mentally ill fabulists who’ve forced us to accept their fantasies as our facts.

The tranny lobby has academia, a majority of national U.S. politicians, a totality of politicians in certain states, and a majority of SCOTUS justices. What the hell difference will a movie make?

We don’t need movies to tell us that police departments shouldn’t be abolished, that looters aren’t “peacefully protesting,” that black-on-white crime exists. We know this already. We see it. We experience it, in the primacy of real life, not on celluloid. And even with everything we know, the fake reality is still supplanting the real one.

Haven’t we all (including millennials) been raised on TV shows that portray cops as heroes? Yet regardless of that, anti-cop sentiment is the political order of the day. “Politics is downstream from culture”? Please. Not in a system in which voters who know good from bad and right from wrong stand helpless as even the “good” politicians they elected do nothing to oppose evil and unreason.

The bigger question is, knowing that there are two genders, that police are preferable to rampaging mobs, that nonwhites commit crimes, and that scorned women are capable of lying, how did we come to live in a country where those truths have been upended and damn near nobody in power is willing to speak up for reality? Of what use is a bunch of films that confirm things we already know to be true, when our knowledge of the truth didn’t stop a band of zealots from turning untruth into canon? The left scored its victories in spite of our knowledge. Because the left always finds a way to bypass the will (and wisdom) of the common man.

Will conservative films persuade more people to vote GOP? So what? We tried voting GOP. How’s that working out? The GOP bows to the mob like everyone else.

Plus, no film made by a “Friend of Abe” would tackle the important issues anyway. Those cowards are scared to death of racial controversies. A “conservative Hollywood” would only give us insipid, flag-waving “we all bleed red” potboilers, the kind of clichéd pap that sentimental Republicans play at max volume to drown out the sounds of a dying nation.

In his RedState piece, Searcy himself inadvertently clues us in to why “conservative Hollywood” is doomed to failure. “One of the main reasons that the Left is so ineffective against him, and why they hate him so much, is that President Trump does not come from the world of politics. He comes from the CULTURE.”

The left is ineffective against Trump? Really? On the big cultural issues—immigration, crime, gender, our burgeoning reverse racial apartheid—Trump has had his ass handed to him. The left has cowed the GOP and infiltrated Trump’s inner circle, and even Neil Gorsuch recites tranny dogma. The left locked us down in quarantine for three months and counting. Mobs of leftists are toppling statues, taking over city blocks, and running unopposed in the streets.

I’d say the left has been pretty damn effective.

Yeah, Trump is “from the CULTURE.” Like everyone in Hollywood, he conceitedly believes that his words carry more power than they do, that his proclamations alone effect change. Trump trying to stop a national plague of riots by tweeting “LAW & ORDER” a half-dozen times is exactly like all those dimwit celebrities who tried to stop the “Darfur genocide” by shooting PSAs in which they demanded that the bloodthirsty militias just, like, stop it, okay?

Feel-good films will be as effective in saving this nation as Trump’s tweets.

Not that there isn’t a place for “conservative Hollywood’s” soothing nostalgia. As we continue to nosedive into dystopia, old-fashioned patriotic heartwarmer flicks will provide a few hours of comfort and distraction from the descent into hell.