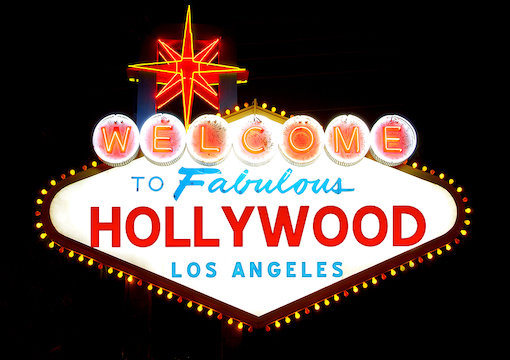 This should’ve been a happy Christmas for right-wing cinephiles like myself. The “social justice” horror film Black Christmas landed with the squishy thud of Oprah slipping on an icy stoop. Black Christmas tells the story of a plucky feminist rape-victim sorority sister who bravely campaigns to have the bust of her school’s dead white male founder removed because of his “misogyny.” She also petitions to get her living white male professor (a Jordan Peterson clone) fired for using books by dead white males in his English class. But lo, the founder’s bust turns out to be supernaturally evil, and it possesses the professor (who was already evil, but now he’s worse), who in turn possesses a bunch of frat boys, forcing the heroine and her sorority sisters to joyfully burn the professor and the frat boys alive (but not before saving one possessed boy from the fire because he’s black and therefore redeemable).

That’s the actual story line of the film, which audiences rewarded with a D+ CinemaScore and rows of empty theater seats. But that failure came in spite of leftist movie critics, who uniformly (and predictably) praised the film as “brave.” But ’twas all for naught. The movie flopped, and novice director Sophia Takal is probably still weepily scarfing down chocolate Santas to cure her depression.

My shameful joy at Black Christmas’ failure was short-lived, because there was another bomb that same weekend: Clint Eastwood’s Richard Jewell, a film tailor-made for the right. And even though Jewell was drubbed by leftist critics, you might be surprised to learn that it was also the subject of a boycott by conservatives. Yes, conservatives tried to sink a conservative-friendly film, and not for the first time this year. Back in August, a bunch of low-IQ Fox News ’tards bullied Universal into shelving a pro-“deplorables” action film called The Hunt because they misunderstood the trailer and failed to research the conservative bona fides of the producer. As a result, moron conservatives “canceled” one of the most ballsy pro-rightist films ever released by a studio.

Then they came for Richard Jewell.

Surely everyone on the right knows that Clint Eastwood is one of us. And we all know the tale of Richard Jewell, an everyman who had his life ruined by the FBI and the press because he was a fat white guy. Corrupt, conscienceless FBI and media villains, and a sympathetic main character who was racially profiled for being white (imagine, a Hollywood film about a white victim of profiling). Why would any of us want to destroy that film’s box office?

The right’s relationship with Hollywood is troubled, that we all know. What’s less explored is the extent to which those troubles are often self-inflicted.

Patrick Courrielche is a small-time podcaster with a last name that sounds like a bad dessert at an overpriced restaurant. His credits include producing “gay lifestyle” advertising campaigns while running an ad agency that’s oddly lacking in Google search results. His 2012 Lexus campaign highlighted the “sex appeal” of gay power couples smooching next to new cars (hey, whatever turns you on, man). Breitbart’s Big Hollywood site carried a piece he wrote in 2009, so apparently that makes him “King of the Right,” with his 5,000 Twitter followers and the atrocious podcast he hosts with his wife (it’s just the two of them reading scripted lines while the world’s worst 1970s interstitial library music plays incessantly in the background).

“I was behind enemy lines in Tinseltown for many years,” Courrielche boasted. “If people knew Hollywood the way I do,” they’d know that the boycott is necessary, he reassured his followers. He also bragged about having been in a “secret club” of Hollywood conservatives, where actor Adam Baldwin was his friend.

When Richard Jewell bombed at the box office, Courrielche took credit, tweeting to Eastwood, “It didn’t have to be this way” (maaaaan).

A couple of points. First, what kind of narcissist takes the tragic story of Richard Jewell, a cautionary tale about an innocent (indeed, heroic) white guy destroyed by the FBI and the media, and decides to hijack it for his own egotistical purposes? Well, the kind of psychopath who claims, as Courrielche does, that God speaks through his podcast.

Second, that “secret group,” Friends of Abe (FOA), was my little playground for almost five years. And I never met the guy, not once. I asked Courrielche to explain why I’d never seen him at meetings or events. I asked him what evidence he had that Eastwood had “blacklisted” conservatives. And I asked him if he has the FOA mailing list (as I do) to confirm whether any below-the-line conservatives were hired on Richard Jewell (FOA existed primarily for below-the-line talent). He refused to answer any of my questions.

And Adam Baldwin? He tweeted that Courrielche was never a friend (to which Courrielche angrily replied that Baldwin was therefore a “pussy”).

Yes, Courrielche is irrelevant, and his boycott would have been too, had it not caught the attention of Nick Searcy, a top-tier conservative actor (Nick has even subbed for Rush Limbaugh). Searcy was a good friend and collaborator of mine during my Friends of Abe days, and the guy draws a lot of water in that circle. Searcy championed Courrielche’s boycott, promoting it to 91,000 potential Richard Jewell ticket buyers. Searcy’s position was that Eastwood must be punished for not casting conservative actors (read: him). If conservatives don’t hire their own, Searcy lectured, no one will, because the left never (as in, all-caps NEVER) hires conservatives. Searcy ceded that Eastwood “casts people based on merit and not on their politics,” but “the problem is the other side doesn’t do that. Ever.”

Never, ever…says Nick Searcy, who costarred in self-proclaimed far-leftist Guillermo del Toro’s Oscar-winning The Shape of Water, which del Toro himself has described as an anti-Trump “parable” about how America’s a “cancer.” The film also starred conservative Doug Jones as the sympathetic fishmonster. Yep, anti-Trump Mexican del Toro cast two conservatives in his Oscar-winning film, but when Searcy directed his antiabortion opus Gosnell, he cast as his female lead Sarah Jane Morris, a Hillary and Beto supporter who had a typical leftist meltdown after “evil” Trump won in 2016. And as the titular villain, Searcy cast Donna Brazile retweeter Earl Billings, who considers Trump a “clown.”

And Courrielche? When he got the chance to produce a web series, he cast Sarah Silverman, a mentally ill leftist who thinks Trump is “literally Hitler.”

So what are the lessons here?

First, some people can’t stop butt-boning Richard Jewell even after he’s dead. Didn’t the poor bastard suffer enough in life? Can’t he have the last word? Nope. People like Searcy, Courrielche, and the conservatives who joined the boycott teamed up with leftist media hacks to deprive Jewell of the small mercy of a successful celluloid epitaph.

And why? Because everyone in Hollywood is a dick. That includes rightists. Searcy scares away other conservative actors with doomsday proclamations (“the left will never hire you”) while privately profiting from the very thing he swears never happens (for the record, Searcy also refused to answer questions for this piece). Courrielche presents himself as the savior of Hollywood conservatives while bragging about his “gay lifestyle” ad campaigns and the time he got to work with Sarah Silverman (swoon!).

There’s more at play here than mere hypocrisy. We’re watching the right ape the left. With the Eastwood boycott, and the earlier, misbegotten crusade against The Hunt, we see how the pathology of workplace “victimhood” mentality crosses ideological lines. We see conservatives acting like blacks and feminists when they feel “underrepresented”:

There’s not enough of us being hired. Therefore, we’re entitled to wreak whatever holy hell we want. Try to placate us, it won’t be enough. We’ll assume bad faith on your part, and look for fault even if your intentions are good. We’ll eat our own, cut off our noses, and burn the house down, because we deserve parity!

The STEM field is always going to be long on males and short on dudes named Daquan. That’s reality. The entertainment industry has always been heavy with leftists. That’s reality too. It’s an industry that has traditionally attracted gays, blacks, and actress bimbos with brains as tiny as their noses (like, if we all go vegan we can save the planet and cure the homeless with free hemp). Twitter crusades won’t “equalize” STEM. Nor will they equalize Hollywood. I like Hollywood conservatives. I root for them, as I did during my years with FOA. But the minute they go batshit, as they did twice this year by canceling The Hunt and boycotting Eastwood, my sympathies dissipate.

A Richard Jewell success would have shown studios and private investors that a story about a fat white guy wronged by a corrupt FBI and a bloodthirsty media can turn a profit. Nothing gets done in this town unless the people with money to invest think they might get it back. That was always the problem with FOA—lots of ideas, no money. The Hunt, canceled by conservatives, lost a ton of money, so don’t expect many more films like it. And Richard Jewell, a serious docudrama about racial profiling gone awry, a film in which the villains are Trump’s adversaries, too, lost even more money than The Hunt. To be sure, there were several reasons why Richard Jewell failed. But once Searcy and his loyal acolytes joined the fight, the boycott certainly had at least some impact on ticket sales.

I’ve said it before, and never with glee: Were I an employer, I’d think twice about hiring a black guy. There are just too many of them who bitch and moan and sue and boycott and view every little interaction through a prism of “I’m a victim and you done me wrong.” Why would any employer take the chance? And now, thanks to blowhards like Nick Searcy and “hustlers” like Patrick Courrielche (the Al Sharpton of Hollywood conservatism), Hollywood rightists will be viewed as risky hires and their projects as risky investments.

A brilliant stroke of self-defeat.

Leftists in Hollywood can afford to be crazy (safety in numbers and all). Conservatives cannot. 2019 was a terrible year for the Hollywood right. Let’s try for a slightly saner 2020.