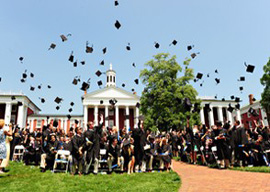 Wednesday, October 12, will mark the 141st anniversary of General Robert E. Lee’s death. He was a giant who epitomized the best that used to distinguish America from the rest of the world.

Robert E. Lee embodied a rare combination of breeding, class, and honor along with a republican spirit, noblesse oblige, and humility. One of history’s greatest military commanders, he abhorred war’s carnage. He balanced courage with prudence and a deep Christian faith with nonparochial humanism. Upon his death, the New York Herald wrote:

Robert Edward Lee was an American, and the great nation which gave him birth would be today unworthy of such a son if she regarded him lightly. Never had mother a nobler son….

Just as he had refused an offer to command the Union Army so he could defend his beloved Virginia, Robert E. Lee would decline lucrative offers after the War Between the States, saying he felt it his duty to live with his people and educate their youth. Six months after the surrender at Appomattox, Lee accepted the presidency of Washington College. He served in that capacity for five years until his death on October 12, 1870.

Washington College is now Washington and Lee University. Its academic programs include such linchpins of Western civilization as Poverty Studies, Women and Gender Studies, Latin American and Caribbean Studies, Gay and Lesbian Life in 20th Century United States, and African-American Studies replete with the obligatory critical race theory. One wonders if the latter includes a post-structuralist, discursive narrative of the transgressive trichotomy in the Afro-American cantata genre known as “Got mah EBT?” rap as evinced here and here.

The main business of this sorry caricature of what academia ought to be is now “diversity” and white mea-culpism. Chanting the magic mantra of “social change and justice” follows the teachings of Sri Barack Ramobama Gurudeva, not General Robert E. Lee, let alone George Washington.

“He was a giant who epitomized the best that used to distinguish America from the rest of the world.”

Washington and Lee University has an Office of Diversity & Inclusion brandishing the obligatory mantra of “GLBTQ, Multicultural, Religious, International.” It has a CAIR “discrimination” snitch line, the acronym shared with the controversial Islamic organization but standing in this case for “Confidential and Impartial Resolution Resources.” Said “discrimination” is deemed so crucial that 14 of the most important faculty and administrators on campus are iterated as Investigation and Review Officers.

WLU’s “University Statement of Commitment to Diversity” reads in its fanatical zeal like the proclamation of a group of brainwashed, terrorized Chinese kulaks who finally saw the light of the Little Red Book and swear in front of the assembled peasantry eternal fealty to the Great Leader and the Revolution:

Washington and Lee University commits itself to the recruitment and retention of a broad, inclusive student body, faculty and administration who represent a wide range of interests, abilities and cultures—a diverse array of talent. The University will strengthen a curriculum that increases knowledge, awareness and understanding of diversity and inclusiveness….