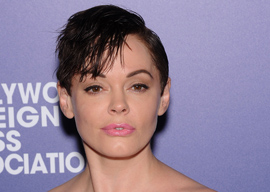 I write this on my last day in the Bagel, and it sure is a scorcher. Heat and humidity so high the professional beggars on Fifth Avenue have moved closer to the lakes in Central Park. Heat usually calms the passions, but nowadays groupthink pundits are so busy disguising fake news as journalism, you’d think this was election week in November. Here’s one jerk in The New York Times: “In a narrow vote the Supreme Court…” This was the decision that a baker could resist a gay couple’s demands for a cake on religious grounds. The writer, one Adam Liptak (Lipgloss would be more appropriate), did not mention that the vote was 7 to 2. But it was narrow, according to him. Talk about fake news. Perhaps 9 to 0 would also have been narrow.

Mind you, fear and loathing are the order of the day. This week, while having breakfast at a nearby outdoor café with two friends, a pretty girl with a large cast on her leg sat next to us. “I represent Epstein, Epstein & Goldfarb,” I told her. “Did a man have anything to do with your injury? We work closely with the #MeToo movement.” She said no and then moved away. The rest of the place went quiet. A bit like singing “Horst Wessel” in the middle of Moscow in 1943. Americans are running scared shitless of the sisterhood.

“Kissing a girl today can be dangerous to one’s health, if not one’s pocketbook.”

Which brings me to a point I would like to make. Did any of you see a column by Jan Moir in the Daily Mail last week? (Incidentally, I’m delighted that Geordie Greig got the top job at the paper. He’s a gent and a terrific editor.) It’s about Harvey Weinstein’s accuser in chief Rose McGowan, and the demands that were made by her representatives—demands that would not have been made by, say, Genghis Khan, or Charlemagne, for that matter. (No eye contact, no direct questions, no small talk…) Here’s where McGowan slipped up, or better yet, got caught telling a whopper like no other:

McGowan posted footage of herself crying over Anthony Bourdain’s suicide a couple of weeks ago. Bourdain’s girlfriend, Asia Argento, also a Weinstein rape accuser, had apparently been caught in flagrante with a French newshound doing what comes naturally, so Rose allegedly absolved her by telling a whopper that the dead chef had not been taking his medicine. The trouble is that his girlfriend’s extracurricular activities pushed him over the top. That’s what his close friend told me. Now, I ask you, dear readers: If McGowan is ready to lie about a girl being caught in flagrante in order to protect the sisterhood, how far will she go to gain fame and fortune by telling a lie about what Weinstein did to her? As a lawyer told me, dead men cannot be cross-examined.

McGowan said that Argento and Bourdain were in an open relationship. That’s not how his close friends described it. I have grave doubts about McGowan’s and Argento’s stories about being raped by Harvey. These two women seem like hustlers out for a buck. Never mind. In America today a woman can make an accusation, and the man instantly gets the death sentence. Due process has gone with the wind, and if Rhett Butler were around he’d be in irons for harassing Scarlett. Incidentally, Constantine Fitzgibbon’s When the Kissing Had to Stop comes to mind. Not to mention Orwell’s 1984.