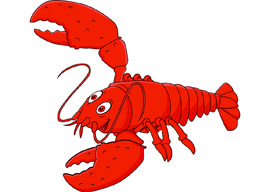 The first vegan I ever met was a straight-edge Christian anarchist from England who was crashing with my roommates and me under circumstances that probably weren”t that clear to me then, never mind half a lifetime later.

I was still trying to twig one roommate’s”the radical feminist art student/novelty stripper”on-and-off macrobiotic diet. (And wow, I see the band she cofounded in our living room is still sort of a thing and holy shit, here she is, palling around with dubious Muslims, yet. The things you learn from Taki’s…)

Anyway, the Catholic Worker dude assured me there were fellows even more hardcore meat-and-dairy-free than he was: These “windfall vegetarians,” he explained, only ate fruit after it fell off trees, because picking apples and stuff was too ferocious, too presumptuous, for such delicate souls.

I”d already read enough Orwell to know I”d meet lots of “sandal-wearers and bearded fruit-juice drinkers“ on the left. But notably, neither that English guy nor my roommate gave a perceptible damn what I ate or didn”t, or even that I kept pronouncing the word for their beige regimen of brown rice, tofu, lentils, and carob brownies to rhyme with “pagan.”

Of course, in those days, we also sat around and laughed about the “loony left’s“ embarrassing stunts”the “Baa, baa black sheep“ episode had made it all the way across the pond”and agreed that this “political correctness” nonsense was obviously just a fad. (Hell, maybe even a CIA plot to discredit us. Hadn”t we all seen A Very British Coup?)

I kept my certainty to myself that this whole “vegan” thing”Cheese has feelings! Eggs are people too!!”was itself another kooky craze, like organic menstrual sponges and “industrial culture.”

So hey, did you hear about the Canadian lady who “rescued” the lobster?

Apparently, the sight of a lobster for sale in a grocery-store tank “weighed on [her] psyche.” So she bought it, “drove six hours to Winnipeg, [and] shipped it via UPS to a vegan contact out in Halifax for $225, where the lobster was released into the ocean by a fellow vegan out east.”

This story might remind some readers of the first act of a 1998 episode of The Simpsons, but no, it happened in real life just a while ago, and if you dare, you can listen to this chick compare what she did to the Underground Railroad.

Sojourner Crustacean isn”t the only vegan to make the news lately. The proprietors of one of America’s most popular vegan restaurants are in deep manure, getting death (and, revealingly, cannibalism) threats after they admitted they”d started consuming carrion again and their former customers had a cow. (“Hope they will be FLAME BURNED and eaten by Meat Eaters.”) In fairness to their outraged former clientele, the couple sound spectacularly annoying anyway. Even The Guardian sneered at their “irritatingly named “affirmation” dishes such the “accepting” sushi bowl and the “grateful” kale salad.”

Taken piecemeal, headlines like “Bride’s family refuse to attend wedding over vegan menu,” “Vegan pastry wins Australia’s “best pie” competition,” and “Daycares in Finland are going vegan” barely register, even in the steady stream that they do indeed constitute. But it’s this “undernews,” as Mickey Kaus calls it, that often ends up shaping our quotidian culture more than so-and-so’s grand jury testimony or who signed what treaty with whom.