Scotland: The Hole in the Lifeboat 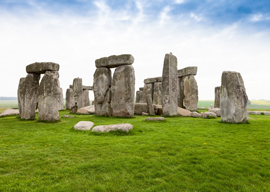 An opinion journalist is expected to take a stand on newsy issues, even ones he doesn”t much care about. This is especially so when the issue relates to the British Isles and the journalist podcasts with a British accent; to be precise in my particular case, a mid-20th-century educated-lower-lower-middle-class East Midlands accent.

So, all right, this Scottish independence business. You want an opinion?  I”ll give youse an opinion.

It’s not a strong opinion, because”see above”I don”t much care one way or the other. Britain’s the Old Country. Of my life to date, less than half has been spent there. Of my adult (i.e. post-college) life, only a quarter has. “An Englishman is never at home except when he’s abroad” is an old and true proverb, not the mission statement of the U.K. Transsexual Alliance.

And then, betrayed in that last paragraph, there is the peculiar ramshackle nature of the Old Country. It doesn”t even have a proper name, for crying out loud. Britain? (Or “Great Britain” to the International Olympic Committee“who, by the way, allow Northern Irelanders to compete for either the British team or the Irish one.) England? The U.K.?

I suppose I was a Briton before I was an American, but I can”t recall ever referring to myself thus. (Though a scan of my archives turns up a few usages across the years.) “Briton” in any case should strictly refer only to a native of Britannia, the bigger of the two major British Isles named by the Romans. Natives of the lesser island, Roman Hibernia, aren”t true Britons, although they may be subjects of the Crown and vigorous wavers of the Union Jack.

“In the present state of the West the prospects for survival are not great. In England’s case, I believe, those prospects will be somewhat better without the Scots.”

“U.K.” is just administrative-bureaucratic blather, used when talking to immigration officials and such. You can”t even form a demonym out of it. (Ukanian?)

When asked about my origins I tell people I was raised English in England, speaking English, of English ancestry for as far back as I know. Writing home to relatives, I put ENGLAND on the envelope. The letters always arrive. In none of the foreign languages I speak, admittedly at low competence in all cases, do I even know a word for “British.” (I just looked up the Chinese word in a respectable dictionary: Bu-lie-dian-de. I have never heard that spoken.)

This illogical muddle”I”ll call it “the Kingdom””worked pretty well for three hundred years, though the Irish made a nuisance of themselves as opportunity provided, and at last had to be given a territory of their own in which to dig peat, plant potatoes, and practice their Romish superstitions unmolested.

There were factors helping it to work, though. One was the natural in-group bonding forced by powerful, hostile neighbors: France up to 1815, Germany from 1914 to 1945, Russia in the Cold War. Another was sheer success: for most of those 300 years the Kingdom was top dog, or at least in the premier league. Yet another, at least for the first few decades, was Protestant triumphalism: By contrast with France, Spain, Austria, and Russia, the Kingdom was the big European imperial power that was not Catholic or Orthodox.

None of that now applies. Talk of a new Cold War is absurd: Putin’s Russia wants to dominate in its ancient sphere of interest, but the Russians have no ambition to bury capitalism. The Kingdom’s geostrategic eminence is a fading memory; her permanent seat on the U.N. Security Council looks like an anachronism.

The Kingdom’s nationhood has anyway been blurred and diminished by the twin curses of Europeanization and multiculturalism. Laws passed by the people’s elected representatives in Parliament are now subordinate to the whims of foreign mountebanks like those on the European Court of Human Rights.

The people themselves have been replaced, in one of the greatest acts of collective folly known to the annals of mankind. Worse yet, they have been replaced not by the garlicky gesticulating continentals their grandfathers scoffed at, but largely by Muslims and blacks, the two most troublesome, least assimilable of all human populations.

(Still worse yet, by Somalis, who are Muslim and black. My hometown is infested with Somalis. A friend who visited the place recently reported that: “There are literally hundreds of [Somalis] just sitting there in the main square. Asking a local bartender what they do for a living, the reply was: “Nothing. They just sign on and have lots of kids.”)