See, This Is Why We Can”t Have White Things 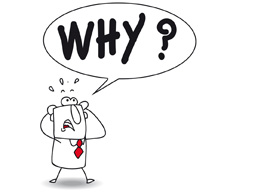 I”m sure it must have seemed like a good idea at the time. My friend Larry Thomas, an actor primarily known for one iconic role”that of the ill-tempered chef known as the “Soup Nazi” on the TV show Seinfeld“spent this past Sept. 11 as I would imagine most of us did: mesmerized by the footage of Hillary Clinton’s wobbly-legged form being tossed into a van like a CPR dummy after suffering a bout of heat stroke/dehydration/pneumonia (choose one; answer at the end of the test) while attending a 9/11 memorial service. Thomas, an ardent Clinton supporter, hatched an idea, and as I said, I”m sure it seemed sound at that moment. These days, he’s the celebrity spokesman for a soup company founded by New York chef Ali “Al” Yeganeh, the Syrian-American soup impresario whose unpleasant demeanor inspired the Seinfeld writers to create the Soup Nazi character in the first place. And now, Thomas and Yeganeh travel the country hawking their wares. Following Clinton’s collapse, Thomas thought it would be a dynamite publicity stunt to dress in character and deliver a hot pot of Soup Nazi-brand chicken soup to the ailing former secretary of state.

Once more, may I say, I”m sure it seemed like a good idea at the time.

Unfortunately for poor Larry, things didn”t work out the way he had envisioned. Upon arriving at the Clinton home with a large unlabeled pot and telling the Secret Service guards that he was a Nazi with a package for Hillary, he received what could charitably be called a less-than-warm welcome. Thankfully, nothing was hurt except feelings, and Larry was in good enough spirits to joke about the incident the next day on his Facebook fan page. But there was a lesson in that botched PR stunt, one that a few folks on the alt-right could stand to learn these days: Hitler and Nazi humor is almost certainly going to be misinterpreted if you attempt to inject it in some manner into a political forum. Please allow me to restate that: If you are in any way associated with politics or politicians, stay the hell away from Hitler or Nazi jokes, ironic invocations, edgy impressions, winking references, or symbolism even of the vague and “open to interpretation” variety.

I”m sure my readers already know where I”m going with this. The response to Richard Spencer’s now-legendary “hail Trump” moment, even from other alt-rightists, has been less than enthusiastic. Spencer had his evening in the spotlight, and he chose to sacrifice any potential positive results in the name of impishly playing the naughty boy, saying “hail” instead of “heil,” giving a “Roman salute” instead of a Nazi one, and referring to golems rather than Jews. What a devilishly playful little pixie he is! And, of course, whatever serious message he”d intended to deliver via his remarks was overshadowed by his self-indulgent desire to play the bad boy.

“Hitler and Nazi humor is almost certainly going to be misinterpreted if you attempt to inject it in some manner into a political forum.”

As Colin Liddell at Alternative Right rather cogently opined,

Yes, Richard was rather naughty when he used the conference’s aesthetics and his own rhetoric to give obvious sieg heil cues to the audience. As Andy Nowicki correctly observed in his recent podcast, it undercut much of the good that the conference did, while allowing enemies of the Alt-Right to sow division and dismiss our eminently moderate and sensible ideas as the ravings of people obsessed with the most toxic brand in political history. It has also been used to draw a direct disavowal from Trump himself, putting Richard in the unenviable position of hailing someone who then turns round and says “Fuck you!”

“The most toxic brand in political history.” That’s a damn good line. I”d encourage people on the alt-right to take it to heart, but I know they won”t. Because, regarding the Third Reich, you essentially have two types of “thinkers” on (or around) the alt-right. You have the trolls, who care not about the toxicity of Hitler and the Nazis, because being hip and edgy with things that are taboo is their entire goal. And then you have the true believers, the ones who dismiss the Third Reich’s bad rep because they don”t think Hitler did anything wrong. To them, the toxicity is unfair. Much like how the fast-food chain Wendy’s suffered a torrent of bad press after an indolent mouth-breather faked finding a human finger in a bowl of chili, Hitler is only noxious because other people, other entities, framed him and “hoaxed” the world. The poisonous reputation doesn”t bother the true believers because they don”t think it’s deserved. Their ultimate goal is only partly to make things better for whites in the here and now; they also want to reach back in time and provide a little image repair for good old Adolf.

I see this nonsense all the time, in my in-box, in my Facebook feed. People sending me links to articles and videos about how Hitler was some kind of benevolent champion of “the white race” or Europe in general. In my entire life, I”ve never uttered a single pro-Hitler sentiment, but that doesn”t stop my “fans” from thinking I”d somehow be interested in their latest YouTube video about what a poor misunderstood teddy bear the FÃ¼hrer was. So let’s have a reality check, not just for my misguided fans, but for anyone who claims to champion “white” or European identity politics: Hitler was no pan-European hero, and he was not “pro-white.” He was the leader of a nation called Germany, and his interest was, as is understandable for someone who was the leader of a nation called Germany, German prosperity.

I get it”you”re not going to accept this from me because, as a Jew, I”m biased. Fine. How about the National Vanguard, a site that has never exactly been confused with “glatt kosher”: “It must be said that Hitler did not consider himself as any kind of a world leader of Aryandom. Rather, he saw himself as the political leader of the German nation, and perhaps more generally the symbolic leader of all of the Germanic peoples.”

Hitler killed a lot of whites. He considered the Slavs to be subhuman (“untermenschenvolk des Ostens”), and his ultimate goal”expressed in the optimistic years before Slavs started kicking his ass on the Eastern Front”was a kind of slow-motion genocide: subjugation, entrapment in poverty, exploitation as slave labor, purposely engineered low birthrate, and expulsion. Over and over again, Hitler outlined his plans for the Poles, Ukrainians, and Russians. These subhumans, these “born slaves,” would be exploited, kept in ignorance, expelled from their homes and land, and eventually from Europe entirely. Hitler’s Table Talk contains too many examples of such rants to cite here. And the FÃ¼hrer’s views on the matter were expressed with equal enthusiasm by his “fam” Himmler in his 1940 treatise “Reflections on the Treatment of Peoples of Alien Races in the East“ (which Hitler described as “very good and correct”):

For the non-German population of the East there must be no higher school than that of an elementary school with four forms. The objective of this elementary school must simply be to teach simple arithmetic up to 500 at the most, how to write one’s name and to teach them that it is God’s commandment to be obedient to the Germans and to be honest, hard working and well behaved. I consider it unnecessary to teach reading.