So What If Jesus Was Jewish? 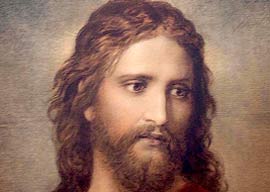 Last time I looked at a map, the Middle East was not part of Europe. Neither is it a part of the West—it’s not even close. Still, there are untold millions who seem convinced that protecting Israel is essential to saving the West.

As far as I can discern, the historical figure known as Jesus Christ was a Jewish man from the Middle East who didn’t have a drop of European blood and who never set foot in Europe. If the Gospels are to be trusted, Jesus seemed to have spent much of his adult life actively opposing the Roman Empire, which was perhaps the grandest civilization the West has ever produced.

Although “Christendom” and “the West” were synonymous for a long while, I don’t see any firm connection between Christianity and the West’s eventual dominance. From the fall of Rome until the Renaissance, there was a dark, almost thousand-year stretch during which Christianity reigned supreme in a Europe that wallowed in disease and backwardness compared to non-Christian civilizations in the Middle East, Asia, and Northern Africa. The unpleasant truth is that for the first few hundred years and possibly the first thousand, Christianity’s rise correlated with Europe’s decline.

In the real world—the one unclouded by the fog of superstition—the West only began dominating the rest of the world when it started focusing on technology and trade to the detriment of blind mysticism and blind faith. One could likewise argue that the Islamic world—which had a leg up on Europe throughout much of the Middle Ages—ultimately languished behind Christendom due to its dogged embrace of blind faith over scientific curiosity.

And if the “West” is declining—which I think it is, for reasons that have far more to do with birth rates than any vague notions of “godlessness”—a case could be made that Christianity’s altruistic universalism could be one of the decline’s primary facilitators. Pope Francis sounds far more like a communist than a traditional Catholic. Across the entire modern Christian spectrum, you’d be hard-pressed to find any sect that doesn’t openly parrot a distinctly Cultural Marxist set of ethics. All of the old sins have been replaced with new ones: In just about any church these days, you’ll hear far more about “racism” and “sexism” and “homophobia” than you will about adultery and sodomy and abortion.

Anyone who believes that Christianity is synonymous with European identity has to wrestle with the painfully unpleasant fact that the global Christian population is now majority nonwhite. And although Christians in the Middle East are being systematically exterminated, this is not the case for Christians in the West. Yes, Christianity faces the sort of pop-culture and academic ridicule from which other religions are immune, but when was the last time you saw someone get fired simply for being a Christian? When was the last time that violent leftists broke up a Christian gathering in the USA by throwing rocks and Molotov cocktails and smashing people’s faces? How often is one banned from social media for expressing Christian opinions compared to expressing anything that smacks of pro-European identity?

On the other hand, if you merely do nothing more audacious than publicly announcing that you’re OK with being white, all sorts of flaming hellfire await you. The powers that be have made it clear that they are OK with you being Christian—for now, at least. But if you express the merest anxious squeak about declining white demographics and the relentless anti-white propaganda that smacks your face no matter what angle you crane your neck in a desperate attempt to look away, you are marked for slaughter.

All the evidence suggests that the war being waged is biological rather than spiritual. It is a matter of blood rather than faith, of demographics rather than doctrinal quibbles. Damn me all you want, but I think blood goes deeper than faith.

Judging by how the elites act, they don’t see Christianity as a threat, or they wouldn’t be welcoming so many nonwhite Christians into the USA and Europe. They obviously don’t see Islam as a threat, either. But they clearly see any form of organized white identity movement as the primary threat to their power, or they wouldn’t go to such cartoonish lengths to depict white identity as the ultimate evil.

Many would argue that the current iterations of Christianity are corrupt bastardizations of the true faith. Some observers posit that Jewish propagandists successfully infiltrated Christianity and rendered many of its adherents blind Zionist puppets who gullibly serve Jewish interests rather than the interests of those with European continental ancestry.

Whether or not that’s true, the undeniable truth is that Christianity has always been a Semitic religion rather than a European one. Yes, it was coopted by Europeans and sculpted into a belief system that for a long time was openly anti-Jewish—every word of Martin Luther’s “On the Jews and Their Lies” drips with Jew-hatin’ venom—but the sad, inescapable irony is that Luther worshiped a Jewish man as a deity and followed a religion whose chief initial propagandist—Saul of Tarsus—was a practicing Jew.

Whether or not Christians like being reminded of it, Christianity couldn’t have existed without Judaism. It was a tremendously successful offshoot—Christians outnumber Jews globally by a factor of about 160 to 1—but it is rooted in the Middle East rather than Europe. And if your goal is to save Europe, a majority-nonwhite religion that did not originate on European soil, a religion that in almost all of its modern iterations is resolutely globalist and anti-European in its outreach and appeal, might not be your best bet.

To recap: Jesus was Jewish. So was the Apostle Paul. Christianity emerged in a Jewish environment and from a Jewish worldview. As Nietzsche pointed out, Judaic ethics reflect a “slave morality” in which traits such as meekness and submission are exalted as virtues rather than as character flaws.

Although most Jews never embraced Jesus as the Messiah, Christianity embraces the Old Testament and declares itself to be the fulfillment of the God of Israel’s prophecies. So even though you can take Christianity out of the Middle East, you can’t take the Middle East out of Christianity.

None of this should be a problem unless you’re a Christian who dislikes Jews, because your entire belief system was bequeathed to you by Jews, which winds up making you look more than a wee bit silly.

To avoid being walking contradictions, modern white Christians who are concerned about Europe’s demographic decline should either accept that the religion they practice claims to be the fulfillment of Old Testament Judaism—at which point they should lay off the Jews, seeing as they’re the apple of God’s eye and all—or maybe they should search for a belief system that actually originated from European minds on European soil.

Or maybe the belief in European survival is the only belief system Europeans actually need in order to survive.