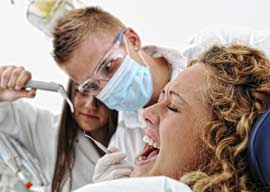 I”m sure that Canada was settled by tough people, but what the hell happened?

Being fond of neither Canada nor Canadians, I jump at any chance to malign and defame that fundamentally useless patch of ice that’s perched jealously to the north of this great land that true, red-blooded, steak-eating Americans call the US of A. It’s quite clear to anyone with a brain that Canadians speak ill of Americans due to their deep-rooted feelings of inferiority, inadequacy, and national humiliation at the hands of their much more popular and powerful big brother to the south. It’s beyond fun to mock Canadians, and it’s comically easy to send them into a defensive fury.

Sure, OK, there are a few good things about Canada”namely, clean air, beautiful scenery, and Stompin” Tom Connors“but this is all drowned out by a PC culture that’s so extreme it borders on the psychedelic.

Dalhousie University in Halifax is nearly 200 years old. It was founded in 1818 by George Ramsay, 9th Earl of Dalhousie, a man whose official portrait leaves no doubt that he is an arrogant white patriarchal type who”d probably be puking from the grave if he knew what had become of his namesake.

The school has found itself embroiled in two recent scandals that really wouldn”t even be news stories if we lived in a world that was 49% sane”one involving “misogynistic” comments on Facebook by male dentistry students, and another revolving around a female teacher’s suggestion that white males should be discriminated against during classroom discussions.

“It’s almost a statistical certainty that the only people who want to hear more from women are women.”

A Facebook group called “Class of DDS 2015 Gentlemen” and composed of fourth-year male students at Dalhousie’s dentistry school apparently contained thousands of posts, but as is usually the case with this sort of thing, it only took a handful of objectionable comments to get the bonfires of outrage burning in the hearts and sphincters of social justice warriors both on campus and online.

In an analysis of this silly-ass dentistry/misogyny scandal, Margaret Wente of The Globe and Mail summarizes the offensive comments that have grievously chafed the loins of female activists and their testosterone-sapped male enablers:

On their Facebook page, some of them joked about using chloroform on women. Someone asked the members to vote on which female student they”d rather have “hate” sex with. In one post, someone jokes that a penis is “the tool used to wean and convert lesbians and virgins into useful, productive members of society.” Another responds, “And by productive I”m assuming you mean it inspires them to become chefs, housekeepers, babysitters, etc.”

Pardon me for thinking that sounds kind of funny”and, more importantly, harmless.

Naturally, the predictable squadrons of chipmunks are chattering about “rape culture” and “institutionalized misogyny” and how this is a teachable moment that will help teach us once and for all that male dental students are nothing more than rapists in training.

As a result of the outcry, 13 male dental students were suspended from clinical activities early in January, but this was not sufficient for the crybabies who are leading the outcry. They want them expelled and possibly even ritually castrated in front of the entire student body.

The whistleblowing dental student who snitched on his Facebook buddies to get the whole scandal rolling is one Ryan Millet, who himself is one of the 13 suspended students. Millet may forfeit his education and dental career for the sin of clicking “Like” on one group photo that “shows a woman sitting on the steps of a public building with a sign tucked under her folded legs that reads: Public entrance.”

But everyone draws a line somewhere, and regarding the poll where group members were asked to vote on which of two real-life female classmates they”d like to “hate-fuck,” Millet claims “It was a targeted, hateful, sexualized, violent attack. That was what upset a lot of us.”

So Millet got upset and then told other people to get upset, at which point they all got upset together. I don”t know about you, but it’s hard for me to get upset about that.

Consequent to the hubbub about the woman-hating dental students, a female professor speaking on a panel at Dalhousie exploited the situation to urge the implementation of a new classroom practice that would require teachers to call on females and minorities before calling on white males to speak, even if the white males” hands were raised first.

The proponent of this new rule is a stout lass named Judy Haiven, who sort of looks like an older Harold Lloyd in drag. Haiven claims she already has enforced a velvet-glove-cast-in-iron-fisted “women speak first“ policy in her classes.