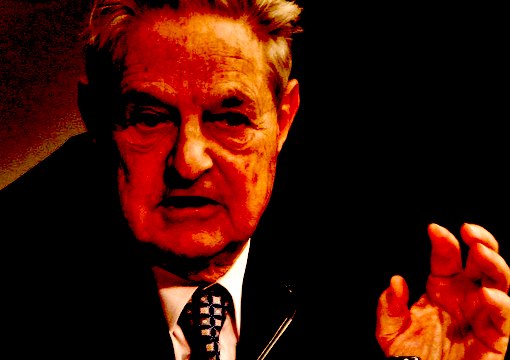 I devoted my Dec. 15 column to newly elected Los Angeles County District Attorney George Gascón and his benefactor George Soros. Gascón has one goal: to put the people of L.A. at the mercy of criminals. He’s the face of anarcho-tyranny, and George Soros is the wallet. The night after my column, Tucker Carlson devoted his opening segment to Gascón and Soros. I’m not claiming causation; Carlson’s done pieces on Gascón before. But what struck me about Carlson’s commentary was what he left out.

Tuck opened his Gascón/Soros monologue with a claim that is at once true and misleading:

Many of the most important elections are the ones you hear nothing about. The news media barely covers them and most voters don’t know they’re happening. As a result, a small group of committed extremists get to control the outcomes of those elections, often with disastrous results.

Look, I despise the media more than anyone. I was writing anti-media screeds back when Tuck was still under the impression that the bow tie was killing it. But it’s disingenuous to blame the media in this instance. As I wrote in my Dec. 15 column, a key element in Gascón’s victory was the fact that the local GOP didn’t lift a finger to oppose him.

Let me illustrate that in a personal way (and as self-indulgent as this illustration may seem, it has legitimate relevance). As my regular readers know, from 1998 through 2013 I went by the name of David Stein, and I was a fancy-ass big-timey GOP organizer here in L.A. And then in May 2013 I was “outed” in The Guardian for hurty words I’d said about Auschwitz in the early 1990s.

In May 2013, the Westside Republicans (the GOP org that covers L.A.’s prosperous Westside) sent out no less than three email bulletins alerting members to my malevolence (here’s one example). That same group, those same Westside Republicans, didn’t send out one single email or one single Facebook post or tweet this year alerting members to the dangers posed by George Gascón.

“If Californians fight back against Soros and win, Dems nationwide will begin to see his agenda as political poison.”

I find it hilarious that rightists are blaming the media for not “informing” voters about Gascón. Rightists trusting a life-or-death decision to the media? And then acting surprised and indignant when the media fails to serve the public good? Have we all gone tarded? It’s not up to the fucking media to do our work for us. It was up to the people who in theory should’ve been against Gascón to take the initiative and raise awareness and money to defeat him.

Mainstream conservatives are doing everything they can to avoid acknowledging the lack of GOP opposition to George Soros and his puppets. A Dec. 17 Washington Examiner piece wondered why Soros scored so many wins in November while Republicans did well in most other down-ballot races. And not once in the Examiner piece was the issue of opposition and the lack thereof even hinted at.

The defining domestic issue of the next five years will be crime. The seeds planted by Soros—“progressive” DAs refusing to prosecute and releasing the incarcerated—will blossom into stinking corpse lilies of skyrocketing crime rates (it’s already happening). And the key question is, will the GOP step up and help itself by helping the victims of Soros’ supervillainry?

Spoiler: It won’t. That’s why I referenced my personal situation with the Westside Republicans, who exemplify the absolute worst of what the GOP has become. Those “beware of David Cole” emails won no election, and furthered no candidate or cause. They were nothing but exercises in “see how not racist we are!” virtue signaling. A party obsessed with looking “not racist” will never have the will to counter Soros, because doing so will mean coming into conflict with blacks. Not all blacks, to be sure. Not the law-abiding ones. But any “lock up criminals” policies will inevitably lead to a disproportionate number of locked-up blacks. Expecting otherwise is like expecting to mount a Broadway musical without encountering gays.

The GOP could ride the current and upcoming crime wave to innumerable electoral victories, but that would mean being seen as the party that “locks up blacks,” and neither the party nor Con Inc. has the stomach for that.

It’s one of the reasons I don’t mourn Trump. A second-term Trump would’ve used that slight bump he received in black votes to greatly accelerate his Kardashian-influenced brand of black deincarceration. Trump’s second term would have been defined by that black bump; Trump would’ve viewed that increased share as his greatest accomplishment, and there’d have been no end to the “Platinum Plan” pandering.

So I’m not weeping for the loss. What I am weeping for are the lost opportunities to come. The Republican establishment, Con Inc., the neocons, and corporate GOP donors see no benefit in protecting ordinary citizens from crime. There’s simply nothing in it for them. Remember—Soros doesn’t profit financially from his anarcho-tyranny. He spends millions on his passion; his reward is the misery he creates. The right doesn’t have anyone willing to take a financial loss to counter him. That means he’ll prevail.

There’s also the Breitbartian fetish about “changing the culture,” which keeps rightists focused on pie-in-the-sky fantasies while neglecting immediate practical fixes. After my last anti-Soros column, a decent but dim Hollywood Republican messaged me, “Well, maybe we should make a movie where a Soros-type character rains crime on a city and the people learn to fight back! And that movie could energize anti-Soros sentiment!” As if there’s anyone in the U.S. right now who’s like, “I’m okay with my mom getting raped and murdered,” but then they see this incredible movie, and they’re like, “Whoa, now I don’t want my mom raped and murdered! That film totally changed my views!”

But that’s not going to happen. And I’ll close with a perfect example of why my pessimism’s justified.

L.A.’s prosecutors are suing Gascón to try to rein in his madness. They’re literally suing their boss to protect the city they serve. It’s a bold move, and honorable. But not to Hot Air’s intellectual lightweight “Jazz” Shaw, who tweeted an article about the lawsuit with the comment, “Too late. You elected him. Now sleep in the bed you made.”

A group of principled prosecutors have taken it upon themselves to oppose a vile, murderous Soros minion, and the response from this conservative hack is to dismiss the endeavor and attack those who are attacking Soros (shades of how Newt Gingrich shills for Soros while playacting the role of foe).

So we ask ourselves why. Why was this dipshit’s first instinct to condemn the people putting their careers on the line to actually fight Soros (something the local GOP refused to do)?

Well, part of it is that guys like “Jazz” are just not that bright. This Rain Man likely didn’t understand that the DA’s race was countywide, and encompassed red cities like Beverly Hills (which went against Gascón in the election). In fact, the DA race electoral map shows plenty of anti-Gascón precincts, enough that it’s not unreasonable to believe that a little effort on the part of the GOP could’ve tipped the scales.

But “Jazz’s” Kallikak grunting absolves the GOP of the responsibility it shirked. Soros wins when no one opposes him, and “Jazz” typifies the conservative imbeciles who excuse GOP inaction. Soros depends on guys like this. Because Soros knows his formula for success, and he doesn’t want the right to replicate it. When he lost his first few bids to dismantle California’s Three Strikes law (the main impediment to his progressive DAs), did he give up? Did he become fatalistic? Did he dismissively tell the state, “Fine, sleep in the bed you made”? Did he decide that he’d have to make a movie to change the culture?

No. He spent more, and electioneered harder.

That’s why he wins.

What makes the “Jazz” example instructive is that it demonstrates why Soros will keep winning. The right’s instincts are off. If a rightist reads of a potentially effective counterattack against Soros, and his first instinct is to do anything other than cheer it on, that means his instincts are warped, for the reasons I’ve already detailed, and a few others, including an inability to part with treasured falsehoods. Last week, a gang of thugs went on a looting spree in Beverly Hills, and rightist Twitter exploded with exclamations of “Good! Those rich leftists are getting what they voted for!” And every time I attempted to point out that Beverly Hills went for Trump and against Gascón, I was condemned as a “leftist,” because I was challenging a comforting illusion.

That illusion is dangerous, and it’s another factor that enables the GOP establishment’s do-nothing attitude toward Soros. Nobody on the right thought affirmative action would fail in California in November. The GOP did absolutely nothing to help defeat the affirmative-action proposition (fatalism combined with “We don’t wanna look racist”). Yet the proposition lost by a landslide. And guess what? In December, during his book tour, Obama repeatedly brought up affirmative action as something that reasonable people can oppose. Affirmative action was rejected in California, and Democrat leaders got the message—it’s a toxic issue. Because Democrats look to California as a barometer, a way to get a heads-up on what to embrace and what to back away from.

Tucker broached that point in a monologue last week:

California matters, and not just because it’s our biggest state. What happens there is, at some point, almost certain to happen where you live. Find a national trend that didn’t begin in California. There may be some, but there aren’t many. If you want to know the future, or if you want to prevent it, look west.

He’s right, but he was framing the message as “ooga-booga, you don’t want to end up like Cali!” However, what Tuck was saying about this state works in reverse—as in, yes, what begins here spreads elsewhere, but, at the same time, what ends here ends elsewhere. In other words, if Soros can be stopped here—here, of all places—he can be stopped anywhere. And just as with affirmative action, if Californians fight back against Soros and win, Dems nationwide will begin to see his agenda as political poison.

Let’s hope in 2021 the GOP comes to understand this.