Something Worse Than Voter Fraud 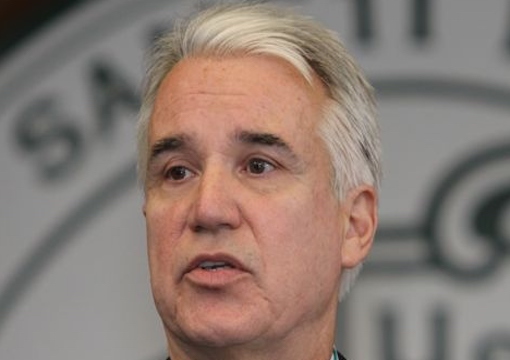 Yeah, voter fraud is real. Yeah, Democrats excel at it. But the current obsession on the right with voter fraud (genuine and imagined) carries with it the potential to do far more damage long-term than the fraud itself. Rightists have a tendency to become obsessed with flights of fancy, and as I see the rise of a new fetish best described as “everything’s a big fix so don’t bother voting (donate now at KrakenRelease.biz, fellow patriots!),” I shudder.

“Don’t vote in the Georgia runoff because it’s all predetermined” isn’t just snake oil peddled by the usual hucksters. It’s the kamikaze cry of a death cult. Using warnings of fraud to depress the vote by claiming that electioneering is pointless since “they’ve” already preprogrammed the results is suicidal.

To put it another way, if rightists begin thinking that the entire process is alchemy, well…that’s exactly what leftists want. And I’ve spent enough years working with grassroots conservative activists to know that this is exactly the kind of mania that’s like sugar to them.

The right can survive losing Trump, but it cannot survive such a dissociation from reality.

The worst of the worst on the left aren’t wizards, and if they’re to be effectively countered, it’s vital to understand how they do what they do. George Soros isn’t a warlock. He’s all too human, though arguably one of the most evil humans to ever draw breath. I’ve said this on Twitter and it sounds hyperbolic, but I’ve never been more serious in my life: The greatest tragedy of the Holocaust is that the one Jew who deserved to die survived. The number of innocent people who’ve been killed as a result of this vile man’s anarcho-tyranny agenda cannot be calculated.

But Soros does not use wizardry to get what he wants. His methods can be deconstructed and replicated. And he’d love nothing more than for his opposition to claim that his very real machinations are irrelevant because Venezuelan robots fix every election. He doesn’t want you to see or understand how he actually makes his kosher sausage.

So let’s peer into his abattoir.

In November, the people of L.A. County elected a Havana-born, Soros-funded communist lunatic as their new DA. George Gascón was sworn in last week, and at the ceremony, he laid out his plans for the county: no prosecution of “nonviolent” crimes (break-ins, property crimes, thefts, shoplifting, purse-snatching, vandalism, terrorist threats). For violent offenses, bail’s over—everyone gets to leave after they’re booked, so they can go right back out and commit more crimes (even though Californians soundly rejected a ballot proposition that would’ve ended bail statewide). No juveniles will be prosecuted as adults, even rapist/murderer 17-year-olds. No more sentencing enhancements for weapons, prior convictions, gang crimes. No “special circumstances” for premeditated murder, child killing, torture. And here’s the kicker: This’ll all be applied retroactively—everyone currently incarcerated who wouldn’t be behind bars under the new rules will be freed en masse. Thousands of felons will swarm the streets.

Gascón didn’t run on any of that, mind you. Soros, who pumped millions into electing Gascón, knows better than to show his hand.

The problem is, no one on “our” side tried to show Soros’ hand either. Gascón had no meaningful pushback from the L.A. GOP. As a result, when he announced his agenda last week, the overwhelming reaction on social media even among moderate and pro forma Democrats was “Holy shit, I wish I’d known.”

Because nobody had tried to inform them.

“If rightists begin thinking that the entire process is alchemy, well…that’s exactly what leftists want.”

Look at all the red and light green. Leftist victories are not an inevitability here; Gascón didn’t have to win. But the GOP failed to oppose him. Inaction born of fatalism (“Ah, why bother?”) made it an inevitability.

Soros did not use magic to bring L.A. to where it is now, with a madman DA who despises the innocent. In fact, he’s had defeats, but he learned from them. Soros tried several times to weaken California’s Three Strikes law, because he couldn’t have his local DAs hamstrung by state laws that take precedence. In 2004, Soros’ Proposition 66, which would have scuttled Three Strikes, failed to pass. Why? The state GOP took an active role in defeating it, by giving a voice to victims’-rights advocates. And then-Governor Schwarzenegger enlisted four former governors (including two Democrats) to speak against the measure. Also, the failed proposition had a remarkably unappealing title: “Limitations on ‘Three Strikes’ Law. Sex Crimes. Punishment. Initiative Statute.”

What does that even mean? It could easily be read as a limitation on Three Strikes for sex crimes. Now, even though official ballot titles in California come from the AG’s office, initiative proponents are free to call their proposition whatever they want. And the backers of 66 failed to do that.

Soros, who got hit with some (paltry) fines for not disclosing all the money he pumped into 66, learned three lessons from his defeat: (1) bring in people from the “other side” to shill for you, so you can claim “bipartisan support” (the Democrat governors who opposed 66 were not shilling, but Soros can only see things from the perspective of a warped mind); (2) shift money around more creatively; and (3) the title matters.

In 2014, Soros attacked California again with Proposition 47. 47 knocked a whole mess of crimes down from felony to misdemeanor, thus exempting them from Three Strikes and eliminating prison time for offenders. If you can’t end “three strikes for three felonies,” just stop making things felonies.

Again, this is not wizardry. It’s just being clever.

The title Soros used for his shiny new proposition? “The Safe Neighborhood and Schools Act,” even though 47 had nothing to do with neighborhoods or education. But what he did was perfectly legal. In a state where you can’t sell a cup of coffee without exhibiting a plaque detailing the potentially harmful ingredients, you can literally sponsor a ballot measure that legalizes puppy torture and call it the “Curing Childhood Leukemia Act.”

Next, Soros needed his shill. And you’re gonna love this part, because it’s one of those things you’re not supposed to remember.

Can you guess his conservative whore of choice?

Okay, I can hear you now. “Dave, that’s absurd! Newt is Soros’ self-declared number-one foe! This is the guy who was shut down on Harris Faulkner in September for daring to go after Soros. Newt’s whole thing is ‘Soros is evil!’”

Uh-huh. And in 2014 he came to L.A. to intervene on Soros’ behalf for Prop. 47, penning an op-ed for The L.A. Times extolling the measure’s benefits, and partnering with Van Jones (yes, far-left hate-whitey Van Jones) for a pro-47 media tour. The Sacramento Bee called Soros the “sugar daddy” behind the Prop. 47 blitz, and The L.A. Times (in a surprisingly honest piece) outlined how Soros was funding the campaign through visible and “less visible” (i.e., devious) means.

In the end, the proposition passed. The pro-47 forces (Soros and his allies) spent $11 million to ram it through, while the anti-47 forces could barely muster $550,000. Soros’ money, combined with zero GOP opposition (thanks to Newt running interference), carried the measure.

Prop. 47 opened the floodgates for Soros to begin installing his pet prosecutors as DAs all over the state. Which he did, with Gascón the latest example.

His shilling done, Newt is now Mr. anti-Soros. In fact, over the summer Newt attacked Gascón in an American Mind piece, calling him a Soros-backed “pro-criminal radical” whose election would result in innocent people dying.

Now, knowing Newt (having helped organize a fancy dinner for him with Friends of Abe at the Reagan Library in October 2010), I know exactly what he’d say if called out on this. He’d say that his support for 47 was sincere, despite the fact that it was a bought-and-paid-for op by a man he denounces as evil. And he’d say that his dislike for Gascón is also sincere.

Except there’s just one problem: Gingrich went out of his way to intervene in California in order to get Prop. 47 passed. Yet he didn’t lift a finger to help defeat Gascón. Odd, because if his support for 47 was sincere, and if his belief that Gascón will get innocent people killed is sincere, why did he only actively intervene in the former but not the latter? Especially as passage of the former directly enabled the latter.

Why’d he only intervene when (coincidentally) Soros was tossing around millions of dollars for the cause?

Except, of course, we do know. Newt’s a corrupt, adulterous, hypocritical asshole. When Angelenos die as a result of Gascón’s policies, Newt will have blood on his hands, just like Soros.

Soros won his victories in California not via vote-changing robots but by smarts, money, and will, coupled with an “opposition” that varied between not helping and actively harming. Too many Republicans have no desire to counter Soros because they worry that opposing “progressive” criminal justice policies will make them appear racist (a Trumpian take that I hope fades with him), or because they’re corrupted by Soros’ influence, or because they simply don’t care since keeping “the little people” safe from crime isn’t on their big-business, immigrant-work-visa, Wall Street agenda.

Those GOPs are the ones who would profit most from a base that has resigned itself to a belief that the fix is in because warlocks and robots. “Well, of course we’re not countering Soros. We can’t! Why wage a campaign when machines flip the votes anyway? Keep waiting for Sidney Powell’s kraken. Our hands are tied until then.”

Biden himself, a guy with a mind so muddled that something must be as bright and obvious as the sun to attract his notice, told a group of “civil rights leaders” last week that the defund-the-police/soft-on-crime issue is what “beat the living hell” out of Democrats in congressional and regional races.

And indeed, smart GOPs have been making good use of Soros’ victories. But maybe it’s time to start actively preventing those victories…something that a lot of mainstream Con Inc. Republicans have no interest in doing.

And as long as the all-important base, especially the loudest social media bleaters, believe that leftist victories can’t be prevented because they’re preordained via ballot skulduggery, the compromised and uncaring Republican leaders are let off the hook for their inaction.

So yeah, voter fraud is real. Yeah, Democrats excel at it.

But if we lose our sanity over this, we’ll be handing the Democrats a victory far greater than any they could achieve by ballot-stuffing.