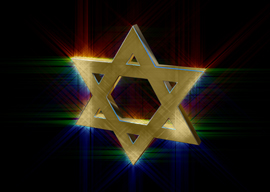 Last month, in a column titled “The Left’s Transracial Monster,” I wrote about the slow but steady acceptance among leftists of “transracialism,” the idea that someone who is not genetically of a certain race can “become” that race by sheer desire. I pointed out that leftists have been put in a real bind by the fact that transracialism is now on the table. If they reject the notion that a genetically Caucasian person can magically become black merely because that person “identifies” with being black, by logical extension they must also reject the notion that a biological male can magically become a woman merely because that person “identifies” as female. Rejecting such hokum would, of course, alienate the (for some reason, suddenly) all-important “trans” demographic of the Democrat left. But accepting the transracial bunk carries perhaps an even greater risk”alienating black people, a far larger and more important Democrat demo. Blacks on the left are obsessed with race, and the very suggestion that whitey can become blacky by sheer power of will is guaranteed to make black leftists very displeased.

After all, as I pointed out in this column last week, race is what makes a lot of young black Americans “feel special.” Transracial acceptance, I predicted, would lead to some excellent, popcorn-worthy left-on-left brawling. Well, call me Nostradamus, because not more than two weeks after my column ran, a major scuffle among leftist intellectuals broke out in the exact manner I foretold. Rebecca Tuvel, assistant professor of philosophy at Rhodes College in Memphis, wrote an essay titled “In Defense of Transracialism” for the peer-reviewed publication Hypatia: A Journal of Feminist Philosophy (I”ll cop to never having previously read that esteemed publication, perhaps because I assumed a journal of “feminist philosophy” would consist of nothing more than one page with “boo men, yay abortion” written in bold 100-point type). Tuvel presented her essay as a theoretical exploration of transracialism versus transgenderism:

In the end, Tuvel concludes, “Considerations that support transgenderism seem to apply equally to transracialism.”

Exactly as I expected, Tuvel’s fellow academicians, and various minority and transgender activists, responded with outrage that was so over-the-top, you”d think Hypatia had published a thesis by Dylann Roof. Indeed, Tuvel was accused of committing an act of “epistemic violence“ (because remember”to the left, hurty words and thoughts are every bit as bad as literal violence). The pile-on became so severe, even liberal New York magazine decried the “modern-day witch hunt” against Tuvel. Sure enough, Hypatia apologized for having published Tuvel’s piece, with the editors promising they would tighten up the review process so that such foul ideas could never again see the light of day (because it’s not like philosophy involves the study of controversial or unpopular notions). They also pledged to make the journal more friendly to “trans-feminists” and “people of color.”

Leftists devouring each other is always a pleasure to watch, but I come not to gloat over Ms. Tuvel’s battered corpse, but rather to expand a bit on one of her undeveloped observations. In what was damn near a throwaway paragraph in her essay, Tuvel suggests that a precedent for transracialism can be found in Jewish identity, which, though widely viewed (especially by Jews themselves) as being racial or ethnic, can be “claimed” by an outsider via a conversion process. Society, she argues, accepts converted Jews as “real” Jews. I will add from my own personal experiences that a good 60% of the Jewish men I grew up with or met throughout the course of my life went on to marry shiksas. In most of those cases, the women converted. And now, in their community, among their friends, in their shuls, these women are completely, 100% considered Jewish (as are the children who resulted from the marriage). As the “racial” aspect of Judaism is matrilineal, this is no small thing. A Nordic princess can learn a little Hebrew, utter some bibble-babble in front of a rabbi, and bam, she’s now a Jew able to pass Judaism on to her kids, the same way a black woman passes negroid genes on to hers.

Tuvel’s point is valid, but she never follows up on the obvious implications. One of Judaism’s strengths is that, at any given time, it can be seen as either a race, an ethnicity, a religion, or a nationality. There can be atheist Jews, white Jews, Hispanic Jews, Israeli Jews, American Jews, etc. Jews are by nature transracial…and trans just about everything else. This affords them the ability to be racial and ethnic shape-shifters (and no, not in the David Icke “reptiles walk among us” way). This ability baffles the alt-righters and white “identitarians” who love to scream, “You Jewish hypocrites! You support an ethno-state in Israel while in the West, anytime whites try to build a racial state, you fight us tooth and nail.” But any Jew need merely reply, “Israel is not racial or ethnic! Its laws are rooted in religion. We let in white Jews, brown Jews, even black Jews. We”re not racists; our identity is our faith!“

Yet at the same time, if you say to the average Jew, “Hey, you call yourself Jewish but you”re sitting there eating a bacon, crab, and shrimp kabob on a Friday night,” the Jew will likely reply, “A Jew needn”t follow any religious doctrine. I was born a Jew, so that is what I am. Hitler asked for no proof of kosher dietary adherence before killing us, so how dare you suggest that my race isn”t identity enough?”

Race? Religion? Ethnicity? Nationality? A Jew can be any one of those things at any given time, so it’s best to see us as all of those things at once. It’s very “quantum.” Think “SchrÃ¶dinger’s kike” (man, I”m gonna pay for that one). And I”ll be frank”one of the coolest aspects of being a Jew is the ability to play any number of identity cards as the circumstance warrants. And I totally get why a lot of blacks are furious with Rebecca Tuvel for suggesting that Judaism is an antecedent of transracialism. Back in the mid-1980s, attending a public high school that was about 87% black, I was struck by how none of my black schoolmates actually “got” the concept of Jew. With my fair skin and bright blue-green eyes, I was a whitey. We had no black Muslims in the school, so there was no one preaching the line that Jews are a breed apart. Once”and this is a totally true story”a young black student, very well-spoken, not even remotely “ghetto,” said to me, “I think I get what Jews are. We Christians wear the cross with the Jesus on it, because we believe that Christ is the Lord, but you Jews wear the cross that doesn”t have the little man on it, because you don”t accept him as your savior.”

Sorry, Ms. Tuvel, but you”re not going to get far by using the Jewish example as a way to soften up blacks regarding transracial acceptance. To most blacks, we”re just honkies.