Sweeping Gay Marriage Back Into the Closet 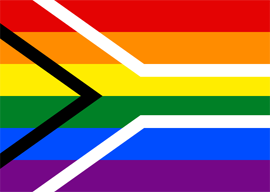 In a tiny hamlet next to where I live high up in the Swiss Alps, two gay friends of mine have set up house, and a beautiful old chalet it is. One man, a German, looks like a Panzer commander straight out of central casting; the other is an Englishman, more P. G. Wodehouse than John Bull. Both are very nice, very good-looking, generous, and amusing. I recently asked them if they planned to marry. They looked at me as if I had proposed Russian roulette. Here in Switzerland, a tolerant place as long as one has money, gay marriage does not the headlines make. After all, women’s right to vote was imposed from above on one of its cantons, Appenzell, as late as 1971. American feminists missed the occasion, but Bill Buckley and I did not, writing about how the end was nigh.

Recently The New York Times ran a long and boring article by Bill Keller, a very upright and boring man who used to edit the rag. His dateline was South Africa, and the spiel was how the South African Constitutional Court had established the right of South African gays and lesbians to marry. He then went on to bash Uncle Sam’s intolerance, blah, blah, blah, and to remind us that Thomas Jefferson favored castration for homosexuals. (Ouch”bad old Tom, and in the 18th century to boot.)

“There are priorities in this world, and gay marriage is not one of them.”

What I find so ludicrous are the realities. Unless Keller is an utter fool, which he probably is, he must know very well that gays in South Africa risk being lynched by their fellow Africans if they show homosexual behaviors such as flirting or kissing in public. Never mind what the court has ruled: Equal rights for gays are as likely to be respected in South Africa as I am to lead the Gay Pride Parade in Greenwich Village come June. Keller should have at least pointed out that before anything else, South Africa”Johannesburg being one of the world’s murder capitals”must ensure that first and foremost comes the right to live and not be murdered, and then to worry about gay marriage. But no, the fact that a South African court established the right for same-sex marriage makes America the hate and intolerance capital of the world, so there.

In good old Britain, where I assume most upper-class males are gay, a High Court judge recently said the following:

So much energy and time has been put into the debate for 0.1 percent of the population, when we have a crisis of family breakdown….We need a much more focused position by the government on the importance of marriage.