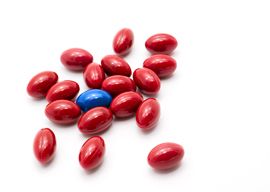 So this is my fourth Hitler.

When I was a kid, I treasured my Book of Lists, and still remember big chunks of it. (But don”t know my own cell phone number a year after I got the damn thing…)

This paperback treasury of trivia included the results of a poll asking U.S. respondents to name “the most horrible human in history” or some such. Still stung by Watergate, they placed Richard Nixon in the No. 1 spot.

Ever after, I”ve pondered what that choice revealed about the American psyche: a deep, wide streak of provincial petulance? An unflattering flippancy? Pauline Kael’s “I only know one person who voted for Nixon” turned inside out, upside down, then weaponized somehow?

I don”t doubt that similar surveys taken during the 1980s and 2000s saw Reagan and “W” in the top 10 at least. Now poor Donald Trump will join that elite fraternity.

Frankly, I”ve been looking forward to dusting off my If George Bush is Hitler, why aren”t you a lampshade? bitchslap for deployment on social media over the next four years. But otherwise, I”m not sure what else I am looking forward to now.

“All those fantasy expats are going to stay put because, I fear, nothing much will change under Donald Trump.”

Yes, I permitted myself to be thrilled last Tuesday night. Watching the needle on that New York Times dial grudgingly swing from “Clinton” to “Trump” over the course of the evening until it couldn”t budge any further is a sensation I”ll treasure forever. And I”ve watched this video way too often. Gavin McInnes” victory-party footage, too.

I”ve said from the start:

When it comes to Trump, Adolf isn”t the Austrian we need to be scared of. It’s Arnold.

You know why most of those Americans who are threatening to move up here to Canada, celebrities or otherwise, won”t actually bother?

It’s not just our weather. Or that they”ll find out their bodyguards won”t be able to carry handguns. Or that we don”t have Target, and that everything we do have is more expensive and not as cool. Look, Prince lived in Toronto’s poshest neighborhood for a few years, but then decided he still preferred…Minneapolis.

No, all those fantasy expats are going to stay put because, I fear, nothing much will change under Donald Trump.

For example: He’s already said he’s keeping the two dumbest parts of Obamacare. Insurance that can”t refuse applicants with preexisting conditions is no longer “insurance”; and letting “children” stay on their parents” plans until they”re pushing 30 is even stupider. There’s no better time to buy insurance than when you”re young and healthy, before you need it (see above). This provision is feeding the infantilization of young adults that we”re seeing on display in campuses and on the streets.

Yes, Trump’s tweet about those very protests was hilarious “heaping coals“ jujitsu. But it was also too…noble. Who else wanted him to write, “Eat it, faggots!”?

Sadly, I”m pretty sure Trump is going to be like America’s other “Hitlers”:

The Nixon who brought in wage and price controls and the EPA. The Reagan who grew government and didn”t nuke Beirut. The Bush who didn”t smash the Social Security Ponzi scheme.

I also don”t think, despite a couple of aftershocks, that the media is “over” or has “learned its lesson.” Neither have the Democrats”and why do we want them to, by the way? So they can beat us next time? Stop passing this guy’s video around, ferchrissakes.