‘Tár’: The Cult of the Conductor 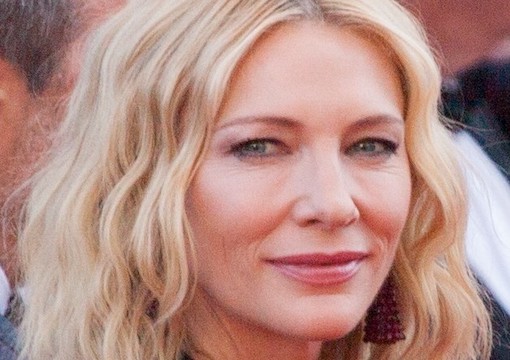 Tár is a strong art-house drama for older audiences about a #MeToo scandal in the arts that cleverly buys itself the right to be moderately sympathetic toward its ultimately canceled protagonist because writer-director Todd Field has made her not a straight white male but the lesbian conductor of the Berlin Philharmonic.

Field is an interesting filmmaker, a straight guy born on a farm with a wife and four kids who specializes in creating good roles for actresses, such as for Marisa Tomei and Sissy Spacek in 2001’s In the Bedroom, Kate Winslet in 2006’s Little Children, and now a titanic Cate Blanchett in Tár.

On the other hand, Tár is Field’s first credit in sixteen years, despite his name being endlessly attached in the meantime to prestige projects that never quite went through the formality of coming into existence—e.g., writing the screenplay for Ridley Scott’s stillborn adaptation of Cormac McCarthy’s Blood Meridian—because when all is said and done in Hollywood, more is said than done. But after a decade and a half of frustration, this script was greenlit within twelve weeks of his beginning to write it.

“It’s almost as if the better artists of our time, such as director Todd Field, aren’t wholly on board with Wokeness.”

In real life, although symphony musicians are increasingly female (and Asian), conducting still remains heroically male: Only one of the top 25 orchestras in America (Atlanta) has a woman as principal conductor.

The conductor as elite culture hero emerged rather late in musical history. Conductor Daniel Barenboim admits, “Orchestra conducting as a full-time occupation is an invention—a sociological not an artistic one—of the 20th century.” Norman Lebrecht writes in The Maestro Myth, “The conductor exists because mankind demands a visible leader or, at the very least, an identifiable figurehead.”

The cult of the conductor is similar to the auteur theory in film criticism: The idea that one man, such as Todd Field, should both write and direct is a social construct of 1950s French critics like the young Truffaut and Godard who really wanted to direct. Great movies had long been made without strongman directors. For example, among 1939 classics, both Gone With the Wind and The Wizard of Oz employed three different directors in succession, with Victor Fleming winding up with the official credit for both.

It is possible to imagine symphonies being played well without a hysterical cult of personality around the conductor. These days, classical musicians are extremely good at their jobs and probably no longer need a Toscanini-like martinet to whip them into shape. My father-in-law, the tuba player and union leader for the Lyric Opera of Chicago, always liked the salaried musicians’ favorite cartoon about the senile conductor whose score contains only the words: “Wave your stick until the music stops, then turn around and bow.”

But that doesn’t mean we don’t benefit from orchestras searching out the finest representatives of high culture. For instance, I once shook hands with Barenboim when he dropped by the Chicago musicians’ union hall and was awestruck by his diction, manners, and apparel: “Wow,” I thought to myself, “this is the classiest guy I ever met in my life. I’m proud just to belong to a civilization that can produce someone like this.”

There hasn’t been one yet, but there will likely eventually be a world-famous woman conductor, and she’ll probably be rather similar to Lydia Tár. Field’s conception of her is eminently plausible, largely because he wrote Tár for Cate Blanchett. And the Australian two-time Oscar winner delivers a performance that might well win her a third Academy Award as the Homo superior conductor. Blanchett has always been slightly superhuman in affect, so she’s quite credible as Berlin’s next worthy successor to that most legendary lineage of conductors, such as Furtwängler, Karajan, Abbado, and Rattle.

Tár portrays the conductor’s busy life as she prepares to record Mahler’s fifth symphony in Berlin and publish her memoirs in New York. At a New Yorker event that serves to introduce her spectacular résumé, she glibly provides charming answers to questions from Adam Gopnik.

Afterwards, fellow lesbians throw themselves at Ms. Tár, for reasons both of lust and ambition. For example, a pretty young interviewer pointedly lets slip that she’s a graduate of Smith, the all-women college where straight girls are few and far between.

As you may have noticed, women tend to like musicians. They also generally like powerful people who can do them career favors.

Tár can’t resist the perks that come with the job.

Yet, in the #MeToo era, can even a feminist icon afford to have a past? After all, Tár is a winner, which is inherently suspicious in the Age of the Victim.

When Tár drops by the Juilliard conservatory to teach a class in conducting, the younger generation gets on her nerves when a mulatto student named Max responds to her recommendation of Bach’s “Mass in B Minor”:

Max: “Honestly, as a BIPOC pangender person, I would say that Bach’s misogynistic life makes it kind of impossible for me to take his music seriously…. Didn’t he sire, like, twenty kids?… But nowadays, white male cis composers just aren’t my thing.”

Field has four children, which makes him practically Bach by modern standards.

Tár: “What about Beethoven? Because for me, as a U-Haul lesbian, I’m not so sure about old Ludwig. But…then [slowing] I face him. And I find myself nose-to-nose with his magnitude and inevitability…. If you want to dance the masque, you must service the composer. You’ve got to sublimate yourself, your ego, and, yes, your identity. You must in fact stand in front of the public and God and obliterate yourself.”

It’s almost as if the better artists of our time, such as Field and Mike White of White Lotus, aren’t wholly on board with Wokeness. Directors tend to believe in hierarchy and talent. The Woke, in contrast, are anti-excellence. The idea that some people are better at doing great things than other people is anathema to them.

The Juilliard scene is a memorable one, especially as played by Blanchett at her most imperious. On the other hand, the dialogue strikes me as not quite perfect, as a little uncertain about how the conductor would speak: e.g., why “service the composer” rather than “serve the composer”?

Of course, keep in mind the technical challenge of realistically imagining this type of character—a superstar madame maestro—who has never yet existed. You can’t go hang out for a week with the female Gustavo Dudamel to see what her life is like because there isn’t one.

While Field’s plot is detailed and interesting, I feel as if his lines needed one more rewrite. For instance, Field lifts a bit of dialogue about one of Tár’s predecessors almost verbatim from Wikipedia:

“Furtwängler never joined the Nazi Party. He refused to give the Nazi salute, to conduct the Horst-Wessel-Lied, or to sign his letters with ‘Heil Hitler,’ even those he wrote to Hitler.”

It’s a fine line, but you can probably do better than Wikipedia.

Still, after a decade and a half of frustration for Field, this project came together for him in only four months, so I can forgive him for not applying the brakes.

Overall, Tár is a very good movie, although not quite a great one. The storytelling is oblique and requires close attention. It’s chilly in setting (Berlin in late winter), visuals, and emotional tone. Field had his last learning experience as a pre-director as an actor on the agonizingly protracted set of Eyes Wide Shut, so there’s a certain Kubrickian coldness to Tár.

But the unexpected epilogue after Tár’s downfall opens up the movie considerably. And her final scene is both hauntingly humiliating and modestly heroic.

Despite its virtues, Tár made only $5 million at the box office over the last two months despite playing in as many as 1,090 theaters. (It’s now available to stream at home for $20 to rent, $25 to buy). Along with Steven Spielberg’s The Fabelmans making only $7 million over five weeks, that raises the question of whether grown-ups will go out to the movie theater anymore to see a film without explosions like Top Gun: Maverick. Are art-house theaters doomed?

Perhaps the custom of releasing most of the serious films for older audiences in the busy fourth quarter needs rethinking, especially if endemic Covid turns out to be most common in autumn?

On the other hand, there simply is a lot to be said for watching a complex drama like Tár from your couch with the closed captions on and the remote in your hand so you can stop the action and discuss the esoteric references and the subtle action. My wife tells me why the orchestra tunes to the oboe, and I inform her that when it came to resisting the Nazis, Furtwängler was a hero and Karajan was a zero.

Older people complain constantly about how young people these days are always talking in movie theaters, ruining the experience for them. But no young people watch a movie like Tár, yet the oldsters still didn’t go.

The truth is that acuity of hearing and rapidity of comprehension decline with age, so keeping track of challenging dialogue without captions and a pause button is difficult. But now we have those in our homes. Maybe it’s time to admit that the art-house theater of the future is your living room?