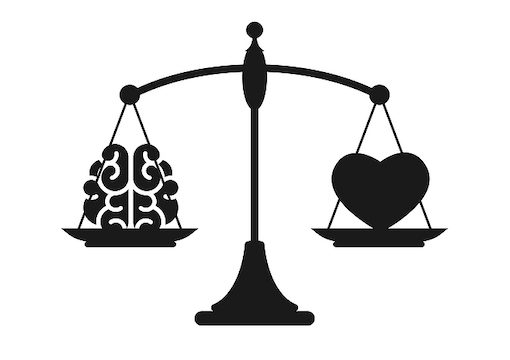 Hey, white people! Have you had your “racial sympathy index” measured lately? Or ever?

Well, whether you know it or not, the “racial sympathy index” is a thing. Is it a good thing? Take a wild guess.

Jennifer Chudy is an assistant professor of political science and the Knafel Assistant Professor of the Social Sciences at Wellesley. Chudy’s a biracial Asian, which don’t make no never mind to me, but since she’s really big on race, no harm starting off by pointing out hers (her Asian mom and white dad are also in academia).

She’s married to a Hindu named Kumar, which is totally irrelevant but kinda funny.

Last month, Chudy’s magnum opus, which began as her University of Michigan doctoral dissertation in 2017, was published in the Southern Political Science Association’s peer-reviewed Journal of Politics. It’s titled “Racial Sympathy and Its Political Consequences,” and I’ll give you the short strokes: Chudy has isolated in certain “non-Hispanic whites” something that she’s officially dubbed “racial sympathy,” which she defines as “white distress over black suffering.”

Crucially, racial sympathy is not merely the opposite of racial prejudice. Rather, I demonstrate that it is a unique racial attitude, lying on its own conceptual dimension.

In other words, white “racial sympathy” is not just about not being racist. It’s about being conditioned to feel physical or emotional distress over the notion of “black suffering.” “Lack of prejudice does not create sympathy for African American suffering,” Chudy writes. A white can be racially fair-minded, but that doesn’t mean he or she will get “distressed” when hearing of a black who’s been racismed. Chudy’s interest lies in a specific type of white who’s been conditioned from birth to feel a Clockwork Orange-style sickness and revulsion at the notion of black suffering, a person for whom the thought of black suffering triggers literal sympathy pains.

Chudy understands that our society is rapidly producing many such whites, and she feels it’s beneficial to identify them, study them, and put them to use.

Using YouGov to carry out a survey (or “experiment” as she refers to it) of American whites, Chudy gauged her test subjects’ responses to various hypothetical scenarios. In Phase 1, whites were asked to react to various hypothetical “vignettes” involving blacks experiencing “racism” or “discrimination” at the hands of whites. Chudy measured the level of “discomfort” the subjects reported feeling upon hearing the vignettes.

“As long as the Democrats keep focusing on race and not class, they’ll retain the mindless support of conditioned whites.”

In Phase 2, Chudy, now aware of which whites in her sample were racially sympathetic and which were not, ran new hypotheticals past both groups to see how they’d respond. The subjects were presented with crime stories in which the guilt of the perpetrator was not in question. In some cases, the hypothetical perp was white; in other cases, black. With the perp’s guilt taken as a given, the respondents were asked how harsh the punishment should be.

Chudy found that racially sympathetic whites overwhelmingly desired a lenient sentence for the black criminal, and a harsh sentence for the white one, even for the exact same crime. In her view, this demonstrates that once a white person has been properly conditioned, once their “racial sympathy index” is high enough, “viewing negative stereotypes of African Americans does not cause racially sympathetic whites to revoke their support for ‘pro-Black’ measures. Instead, distress over black misfortune enables these whites to withstand the activation of resentment and its consequences.”

Essentially, “racially sympathetic” whites can see blacks at their worst, they can in fact be harmed by a black, and their conditioning will override any natural desires to condemn or punish that black.

Racial sympathy does not hinge on evaluations of deservingness; indeed, black suffering that could be construed as somehow justified may nonetheless evoke racial sympathy among those whites at the highest levels of racial sympathy. This is because sympathy is not merely the absence of prejudice, it is the presence of distress.

Even “justified” black suffering—say, a black man imprisoned for life for murdering a child—will still trigger the involuntary “distress” stimulus in conditioned whites. Because the sympathy pains are in the gut, not the mind.

“Once activated, racial sympathy retains a significant influence on policy opinion even accounting for the activation of resentment.” Racially sympathetic whites are “immune” to arguments in favor of any public policy that might theoretically “harm” blacks if implemented (regardless of “deservingness”). “Racially sympathetic” whites instinctively, unthinkingly oppose “tough on crime” laws. “When racially sympathetic whites encounter narratives that associate black Americans with crime, thus priming negative stereotypes, sympathy remains an important force in their political decision making. Indeed, rather than merely lacking prejudice, because these whites possess sympathy they can resist the cues that ordinarily activate animus.”

Said whites remain sympathetic even in the face of black crime narratives. Their “political decision making” is influenced not by statistics or lived experience, but by conditioning. Here you see the progression: White kids who are conditioned in school with 1619 Project pseudohistory will become adults who are “resistant” to “cues” that “activate animus” (i.e., black crime).

This is an important point: These whites are not bleeding-heart limpwrists who weep for all the oppressed and downtrodden. Their conditioning doesn’t extend to the poor, women, or gays. This is a uniquely whites-to-blacks dynamic. Indeed, when it comes to crime and punishment, Chudy finds that her properly conditioned whites are actually fine with harsh sentences and vigorous policing…just not against blacks. “In line with my expectations, racially sympathetic whites are not generally anti-punitive—however, they are significantly less likely to inflict a harsh punishment on a black person who commits an offense.”

They’ll happily lock up an impoverished white for stealing AOC’s mythical “bread to feed the family,” but a black who rapes a woman? “Let ’im go!”

Again and again Chudy points out how helpful these dynamics are to the Democrat Party. As long as the Democrats keep focusing on race and not class, they’ll retain the mindless support of conditioned whites (Chudy implicitly endorses this).

A year ago, when it looked like Bernie Sanders might pose a genuine threat in the Democrat primary, I pretty much predicted what Chudy’s “experiment” has affirmed:

Sanders really believes that class warfare can take precedence over race warfare among today’s leftists. In fact, the AOC types are race warriors first, doctrinaire economic theorists second. They despise blue-collar whites just as they do wealthy ones. Sanders thinks he can persuade those people to put class first and race second this November. Poor, deluded old putz.

Chudy’s sample group wasn’t large enough for her results to be seen as conclusive, but it’s fascinating to think that she might be right about the consequences of breeding “racially sympathetic” whites who feel pain at the thought of black pain, and who cannot bring themselves to inflict distress upon a black person even if the punishment is deserved, or even if it’s a matter of self-defense. Leftists who claim to be class warriors are always prattling on about how the GOP “tricks” working-class people into “voting against their own interests.” But here we have the race warriors literally conditioning whites to do just that.

This is pure speculation on my part, but I think there’s a specific reason why Jennifer Chudy’s Journal of Politics piece hasn’t received significant publicity on the left. Think about it—these days every chicken-pecked “hate whitey” academic paper sees a wide audience. Any barely literate serving of race-hating scholarly smegma will make it to Vox, Slate, Salon, HuffPo, Newsweek, or the NYT. A halfwit from Compton Community College and Liquor Mart can write a piece about how pencils are racist (“Why da PINK end always gotta be erasin’ da BLACK end?”) and someone will give it national publicity.

But Chudy’s study has elicited crickets, even though she’s worked tirelessly to promote it on Twitter.

Makes ya think. It’s almost as if this is a subject that leftist race warriors would rather not air publicly. After all, it’s hard to be conditioned if you know you’re being conditioned. The creation of these high-racial-sympathy-quotient whites, their role in Democrat Party politics, and their usefulness in pushing Soros-backed soft-on-crime policies that inevitably lead to white deaths is likely something that many race warriors would prefer to keep on the Q.T.

These are aktions best carried out in secret on unknowing test subjects.

Perhaps Jenn Chudy is giving away too much of the game…another example of a high-performing Asian whose tiger-mom-trained obsessive push for academic achievement discomforts the leftist establishment.

That said, there might come a time, not too far in the future, when a white person’s racial sympathy index score is what determines things like employment, college admission, insurance eligibility, maybe even access to the internet. That Chinese “social credit” thing isn’t racial enough for 21st-century America. “Social credit” is for a homogeneous nation, not one seeking to penalize the bearers of one particular skin color. Social credit is all about allegiance to the state. Today’s canny leftists know that it’s not about “the state” (after all, presidents and congressional majorities can change) but race.

If the left can produce enough “Alex from Clockwork Orange” racially sympathetic conditioned whites, everything else on the agenda will naturally fall into place.

The question is, do leftists feel confident (or arrogant) enough at the moment to unveil this new index and make it a part of (what’s that term they love using?) “the conversation”?

We’ll see. But I’m fairly confident that, at some point, we’ll all be having our Chudy indexes measured.

As will our children…in place of the gifted testing that’s being phased out in schools in the name of “equity.” Because what’s IQ compared with being properly conditioned to shed loving tears of sympathy for Big Brutha?