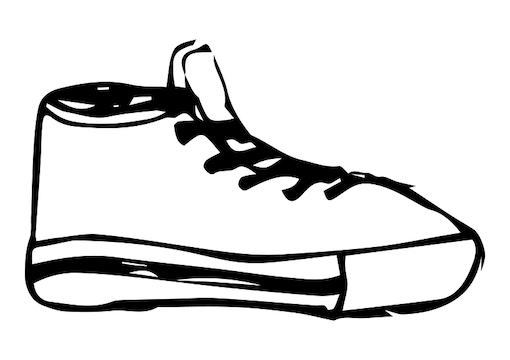 This is not going to be another coronavirus column. Yes, the disease we’ve been saddled with thanks to the Dagwood Bumsteads of China will make an appearance later on. But let’s start by rolling the clock back—way back—to a time long past, a disease long forgotten, and a lesson about footwear.

If you get your information about American history from MSNBC, you know that when the Pilgrims landed at Plymouth Rock in 1620, they swarmed off the Mayflower doling out smallpox blankets and using muzzle-loaded automatic weapons to violently mow down the innocent natives, all of whom were honor students and some of whom were gentle giants.

However, if you get your information about American history from American history, you know that by the time the Pilgrims landed at Plymouth, nearly nine out of ten coastal Indians were already dead, having perished in a devastating epidemic that lasted from 1616 to 1619. The Pilgrims found abandoned land and weakened tribes.

So what killed the Injuns? Again, if you watch MSNBC, you know that there’s no such thing as “unsettled science.” So don’t mention this to Elizabeth Warren, but in fact the jury’s still out on what killed “her people.” Suspects have included yellow fever, smallpox, plague, chicken pox, and even trichinosis (oy, I told you, no pawk!). But over the past decade, a new consensus has begun to form among historians and epidemiologists. Meet leptospirosis. Like coronavirus and SARS, leptospirosis is zoonotic, meaning it jumps from animal hosts to humans. And it’s a nasty little bugger. Pain, cramping, jaundice, and violent death by severe hemorrhaging.

Leptospirosis is carried by rats and passed to humans through contact with rat feces. And quite a few brainy science types are signing on to the theory that it was leptospirosis wot dun in the Red Men. Writing in the CDC’s Emerging Infectious Diseases journal, epidemiologists John Marr and John Cathey speculate that leptospirosis got its mitts on North America via invasive rats that’d stowed away on the vessels of early European explorers. The two Johns speculate something else—that the Indians caught the disease because of their love of bare feet. Infected rat droppings littered the ground and sullied the streams and standing pools. Indians would traipse through said droppings, making bare-skin contact with the contagion. Even sandals and easily waterlogged moccasins provided little protection when walking through infected water.

“Western charities dole out shoes by the millions, but millions of Africans refuse to wear them.”

Funny enough, unlike the other diseases that thinned the Indian herd following contact with whites, leptospirosis does not generally confer immunity upon those who’ve grown up around it. “Prior exposure [to leptospirosis] does not necessarily result in immunity because there are a number of different infectious strains,” wrote neuroscientist Madeleine Johnson in Slate. The Pilgrims (and subsequent European settlers) didn’t avoid New World leptospirosis because they possessed a natural immunity; they avoided it because they wore thick-soled shoes. Quite literally, their advanced footwear saved their lives.

Instead of stretching their hands skyward to implore the mercy of celestial divinities, American Indians preferred to walk barefoot on the Earth.
—Frédéric Gros

Don’t expect to find any discussion of the leptospirosis plague in American schools or pop culture, because inherent in the hypothesis is the idea that the death toll was the result of native primitivism, not European barbarity.

Of course, that was the 1600s. Everyone was primitive to some extent. But did you know that the Great Shoe Wars continue today? Yep, Africans are dropping like flies because they don’t wear shoes, and white-knighting whites just can’t seem to save the poor souls from their poor soles. The Public Library of Science’s Neglected Tropical Diseases journal (which I only read for the hilarious fold-ins) details a litany of infectious tropical diseases that thrive in Africa due to the native aversion to shoes. Yes, aversion to, not “lack of.” Western charities dole out shoes by the millions, but millions of Africans refuse to wear them.

A 2016 study published in the British Medical Journal examined efforts in Ethiopia to combat podoconiosis, a disfiguring disease specifically caused by walking through filthy soil. Shoes prevent it 100%. But the Ethiopians won’t wear ’em. Why? Because the locals believe that the deformities caused by podoconiosis occur not from disease but from “bad fortune, evil spirits or stepping on goat’s blood.” Others blame curses. In 2015 the science journal Nautilus profiled an Ethiopian woman with podoconiosis who explained the origins of her disease thusly: “I mistakenly stepped over a magic herb. It was placed in my way by somebody who was jealous of my beautiful and slim feet.”

The BMJ piece further detailed how native “doctors” and tribal ooogabooga-men spread the belief that wearing shoes “weakens the feet” and renders the wearer crippled. Farmers refuse footwear because working the fields with covered feet is seen as “disrespectful to the crops.” Yes, they actually think the crops feel dissed if the farmer’s barefoot. Those Africans who do wear shoes often face ridicule from their peers, who assume that the footwear hides accursed hooves.

Even such champions of nonwhite superiority as Time and The Washington Post were recently forced to admit that walking barefoot is a major factor in the spread of Ebola. A spokeschucker for the West African Kissi tribe explained in the Post that his people just don’t like shoes.

Which would be fine if Ebola didn’t occasionally get “walked” to other continents.

Which circles us back to China, where the government knew quite well following the 2003 SARS outbreak that the native fetish for eating disease-ridden beasts (and storing them in wet markets that become walk-in petri dishes) could, conceivably, end us all. And like the barefoot Africans, the Chinese preferred to cling to their beloved customs and superstitions, regardless of the risks to themselves and the world. And now they’re paying the price…a price we may soon pay too.

But as I said, this isn’t a coronavirus column.

Rather, it’s a column about the frauds and liars who claim that the West is being “enhanced” by all the diversity brought by barefoot disease carriers, feces-stompers, and bat-eaters. If “multiculturalists” truly believed in the mutual benefits of “diverse mixing,” they’d be the first to talk about how great it was that the European settlers taught the natives a lesson or two in proper footwear. They’d celebrate the advances the Europeans brought to the Americas. But they don’t, because copping to the superiority of Pilgrim footwear would mean having to say a few good things about whites. And leftists just can’t do that.

It’s ironic; they could probably sell whites on the mass-immigration hooey a bit more easily if they’d occasionally tell a “diversity” tale in which whites aren’t the villains. But they can’t. Because in the end, open-border immigration isn’t about “both sides benefiting”; it’s zero sum—the newcomers gain, the hosts lose.

That’s why multiculturalists aren’t mocking the Africans for their shoeperstitions the same way whites are mocked for their McNuggets. Again, if they really wanted to make this whole “invite the world” thing seem more attractive, they’d stroke a little white ego now and then by pointing out that one of the reasons we have a society that’s so attractive to outsiders is because we’re not afraid of our fucking shoes.

But no, even if it might help their agenda, multicultists cannot deviate from the “whites ignorant and harmful/nonwhites brilliant and benevolent” script.

Look at how leftists are spinning coronavirus. They’re attacking whites for being racist for daring to place blame for the disease on the Chinese foolishness that created it. Think of other ways leftists could be spinning things. They could be using coronavirus to praise Western regulations regarding food safety and preparation and the treatment of livestock. They could be using the virus to promote more government red tape by claiming that regulatory oversight is what ensures that we don’t have zoonotic ground zeros here in the West. They could literally go full Upton Sinclair and use the outbreak to declare that E.U.-style conformity of food and livestock standards is necessary to save the world.

But they won’t, because such arguments would imply that we in the West know better than shithole-country nonwhites. So the left ignores the very food safety regulations it pushed for. The opportunity (deserved or not) to take a nanny-state victory lap is secondary to the need to demoralize whites and disparage all they’ve created.

Not that all of Bernie Sanders’ socialist shock troops are on the same page about this. Last week, self-described “Catholic American socialist” and full-time Bernie Bro Ian Samuel explained to Tucker Carlson that Bern “rejects narrow identitarian appeals that are used to turn the working class against each other”:

You know, you’ve got to pick out individual identity characteristics and set them against each other. You can see this with race, you can see it with sex, all sorts of things. And Bernie, to his credit, he has always believed in a kind of coalitional politics, that first we all get together based on our common class interests, and then we can solve all of the problems that vex us individually. But we’re workers first, and that is very powerful.

Wotta schmuck…he really believes that class warfare can take precedence over race warfare among today’s leftists. In fact, the AOC types are only socialists and communists to the extent that pursuing those ideologies harms the traditional West. They’d turn capitalist in a minute if they felt doing so would accomplish the same goals. They’re race warriors first, doctrinaire economic theorists second. They despise blue-collar whites just as they do wealthy ones; they’d happily align with brown-skinned billionaires and oligarchs at the expense of poor whites.

To quote one of the greatest social satires in movie history, many of Bernie’s supporters “wouldn’t know Karl Marx from a toffee apple.” They just know that they hate whites. In this way, they’re similar to Jews in early-20th-century Russia, many of whom were attracted to communism not so much for the dense dialectics as for the havoc the revolution would wreak on traditionalist Christian Russia.

If Bernie wins the nomination, his campaign will be rocked by “identitarian” bickering. That’s just a given.

The left could be harnessing all of that coronavirus fear to sing the praises of increased regulation of the private sector, but they’d rather use the outbreak to scream condemnation of whites. Sanders thinks he can persuade those same people to put class first and race and gender second this November.

In part, because inner-city Americans are not actually starving (AOC hyperbole aside), the socialism thing just won’t catch fire like the race thing. Poor nonwhite Americans are well-off enough to put their hatreds before their hunger.

Because they live well, compared with poor people in nations that were not forged by men who understood the value of good strong shoes. Men who built a nation that the barefoots now want to claim for themselves.