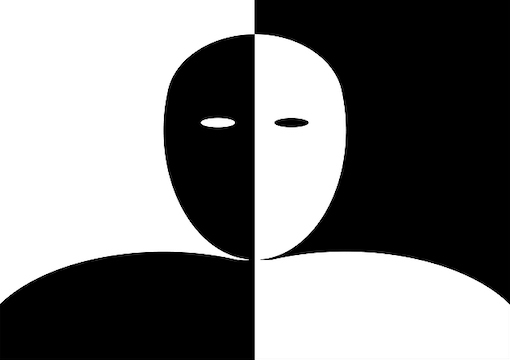 Predictions are risky for a columnist. And I’m already on thin ice, having been soundly humiliated by my November 2020 column “Madison Cawthorn: He’ll Never Rub His Balls in Another Man’s Face.”

Boy, is my face red (though not as red as the face of Cawthorn’s friend).

But one prediction I’ll make with certitude is that the racial apartheid I’ve written about so many times over the years is here to stay. A two-tiered racially stratified de facto apartheid in which whites are disfavored is our inexorable future (technically, it’s already our present; all that remains is for mainstream leftists to take that small step from “it’s not happening” to “it’s happening and it’s good,” a step more and more take each month).

“We’re in the harm-reduction phase; too late for prevention.”

Like it or not, the new apartheid has become institutionalized. By that I don’t mean government-mandated (though to whatever extent Democrats can get away with mandating it governmentally—which is a lot—and to whatever extent Republicans let them get away with it—which is always—it is). I mean that antiwhiteness, the “decentering” of whites (to use the left’s favorite term), has become a machine that’s self-perpetuating beyond ideological belief.

An ideological state becomes permanent when it no longer has to be propelled by the ideologues who created it; when the machine can go on autopilot. The new system becomes accepted as “the way things are,” and everyone just starts to live with it. Even if they don’t care for it, they learn to function within its confines.

In any ideological state, be it Nazi Germany, Soviet Russia, any Islamic state, etc., you have the true believers who get the thing going and police purity of belief. And you have the unbelievers who only go along because they have to. If given a choice, they’d rather not live under the prevailing orthodoxy. But they have mouths to feed, if even just their own, so they choose the path of least resistance.

And then you have the exploiters. These are the crafty opportunists who take advantage of the believers. They know that the central weakness of a believer is a pathological need for hegemony. Believers know that they’re the rightness and the truth, so they never suspect those who suddenly “come around.” The believers’ childish psychological need for reinforcement makes them easy to sheer, as they don’t suspect the motivations of those who jump on the bandwagon (and coincidentally profit from it).

Three classes: believer, acquiescer, exploiter. Applying this to our current apartheid, the believers are the hardcore antiwhite ideologues: Jews, blacks, other nonwhites who possess virulent antiwhite hatred, and whites who possess virulent self-hatred. The acquiescers are the whites who aren’t pleased with a racially tiered system in which they comprise the ass-end; they aren’t thrilled that hiring, academia, medical care, criminal justice, entertainment, government policy, and damn near everything else in America must be viewed from the perspective of “how does this, or how can this, benefit nonwhites above whites?”; and they’re not enthused about the fact that anything seen as “too white” must be criticized and curbed. But the system still allows them to make a living, albeit with a few new hurdles, so they bite their tongue and go along to get along.

And the exploiters are the corporate entities that see the apartheid as just another fad to milk. They’re not thinking long-term societal repercussions. Part of it is simple profiteering, and part of it is the standard dynamic of younger hires justifying their existence and establishing dominance over older ones by claiming to be “connected” to what’s supposedly hip and edgy. The rightist cliché “go woke go broke” is graveyard-whistling. “Hah! That antiwhite Netflix show just bombed! Wokeness is dead!” A most unrealistic metric. That ten out of a hundred antiwhite shows fail is not a victory. Antiwhiteness still saturates the marketplace. That not all the content succeeds doesn’t diminish the saturation. There’s zero coming from corporate America that challenges the antiwhite agenda. You have corporate messaging that’s either pro-apartheid or neutral, but never anti-apartheid.

Yet these three classes—believer, acquiescer, and exploiter—aren’t enough to put the machine on autopilot. True believers are always a minority, as are exploiters. And reluctant acquiescers see the machine as a burden. The ideology doesn’t help them; they’d be happy if the system collapsed, as it brings them no benefit. Their lack of resistance protects the system, but doesn’t further it.

It’s a fourth class that propels the machine. The mediocre, the fat middle of the bell curve of any demographic group. The people lacking significant talent or skill. Not the tards, but the average, the unexceptional. The uninspired cogs who, judged on merit, would never rise above mediocrity. This huge demographic thrives when a system introduces something other than merit by which value is measured.

“Klaus isn’t the best worker, but he’s a dedicated National Socialist. We need men like him.”

“Georgy isn’t the sharpest tool, but a more committed Leninist you won’t find.”

“Amir is as useless as a camel fart, but his devotion to the Koran is inspiring.”

These are normal folks who—whether they’re conscious of the dynamic or not—benefit from a system in which the enthusiastic repetition of the orthodoxy’s mantras becomes a substitute for ability. They’re not true believers, they’re not calculating exploiters, and they’re not reluctant acquiescers. The mediocre embrace the system because it removes the need to be exceptional. Hell, it removes the need to be adequate. And by sheer numbers (and yes, even among whites the bell curve bulge is comprised of the unexceptional), the people who benefit from this new standard become the core of the machine.

Right now in America if you dress up pedestrian or subpar output in the trappings of diversity, inclusion, and equity (DIE), your output becomes not just good but the best. When you read about how failing hospitals are pushing their commitment to DIE even as their patients literally die, there’s a tendency to put the hearse before the horse. We look at the situation and think, “An outrage! The new racial apartheid is forcing fine institutions to lower standards!”

Okay, maybe. Or perhaps there are a certain number of people at these institutions—workers and management alike—who are grateful to be relieved of the burden of having to be good at what they do. Rightists complain about how every institution, from medical schools to NASA to the USGS, has now declared that there’s no mandate greater than DIE (I just randomly guessed USGS; try it—think of any major agency or institution, and you’ll find that it’s rebranded as DIE-first). The immediate instinct is to claim that these institutions are being forcibly corrupted by the new racial orthodoxy. But it’s a mistake to view this as the result of arm-twisting. The new apartheid wouldn’t be half as dangerous if it were all force and coercion, if no one benefited beyond a small number of affirmative-action hires and diversity HR czars.

I think it’s more apt to liken the new apartheid to a welfare state. Something that gets people hooked on sloth.

Here’s a comparison: Once the federal government got to the point where it employs as many Americans as it does, it stopped mattering whether or not it functions well. Its function became the employment of those people. Generations of people. The machine self-perpetuates because it provides easy work for the unexceptional.

Once every workplace task, every company goal, becomes about spouting verbiage about centering nonwhites, how [insert product or company name here] is beneficial to nonwhites, how [insert product or company name here] has been too white-centered in the past, and how even with all the progress that’s been made, there’s still so much work to be done, once that supplants any other gauge of success or measure of results, the person who can memorize the language and kata of the apartheid and repeat it with gusto gets a leg up on the person with actual skills.

Sure, everything will go to shit. Everything always does in an ideological state. But the state keeps chugging along once it becomes of benefit to enough people.

And today you can just feel the permanence. You can feel that we’re in the “learning to work within it” phase, as opposed to the “stop it from happening” phase. Every day there’s some new example of the apartheid in action. This morning? Whites banned from Berkeley off-campus housing. Yesterday? Oat milk is too white; coffee establishments must buy creamer from nonwhite businesses. Two days ago? Minneapolis teachers approve contract with a stipulation that whites get fired first. There’s literally one a day, covering matters big and small, public and private sector. There’ll be ten more between the time I write this and when you read it (and those are only the ones that make the news).

So we get angry and shake our fists. And we move on.

Remember back in May when Dropbox senior director Jasmine Friedl enthusiastically admitted that she gives preferential hiring treatment based on antiwhiteness? She went so far as to state that she even favors overrepresented nonwhite groups over whites (i.e., her policies aren’t about forging numerical parity, but specifically not hiring whites for the sake of it).

Everyone on the right shook their fist—shakedy-shakedy-shake-shake—and have you thought about it since?

There are people who swear that this barrage will eventually motivate whites to fight back! Yep, just you wait. You can only push us around so much, see? M’yeah, see?

We’re in the harm-reduction phase; too late for prevention. And any harm reduction must be done using the language of the apartheid, in much the same way that people in Muslim nations who try to liberalize the laws still have to wrap their proposals in an Islamic shroud. A “reformer” in Iran can’t say, “To hell with basing our laws on Islam!” He has to say, “I believe we can loosen the rules a little without giving offense to the great principles of Islam under which of course we must all live.”

Nobody at CPAC last week dared challenge the core tenet of the apartheid (“White alone is bad; adding nonwhite always makes everything better”). Steve Bannon devoted his talk to the need to get “55 or 60 percent of the Hispanic vote” and then “show them that we earned that vote by action.”

Yep, it’s all about getting nonwhites on board and proving yourself to them. The value of something is measured by how not-white it is. Bannon speaks the language of the apartheid as vigorously as any leftist.

Because the apartheid is the system now. Even “reformers” must acknowledge its fundamentals and speak its tongue.

Shake your fist if it makes you feel better.

You can tell your grandkids living as second-class citizens that you did your best.