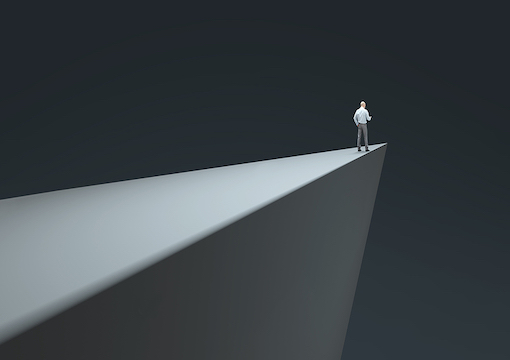 It’s charming how upset some of you are that the new apartheid isn’t “fair,” as though it’s supposed to be, as if cries of “This isn’t fair” are a devastating indictment of a system that’s unashamedly engineered for unfairness.

This refusal to accept reality is “charming” because it’s childlike. “No fair” is an utterance of children. The concept of “fairness” is for most of us our first introduction to notions of ethics and morality: “Tommy got an extra cookie but I didn’t. No fair!” “Josh got the good crayons, I want the good crayons too!”

As kids, we not only expect things to be fair, but we expect our authority figures—parents, teachers, adults in general—to administer an environment in which things are supposed to be fair. That’s why we make the appeal. We assume that pointing out unfairness will bring remedy, and even if we don’t get our way, even if we don’t get that extra cookie or “the good crayons,” we assume that we’ll at least receive an explanation that affirms “fairness” as the desirable, in-play standard.

But let’s retain some perspective here. Throughout history, most people have lived under a standard of unfairness, and under the thumb of governments that feel no need to offer explanations.

“Why does the king eat better ’n me?”

“Because he’s the king. Divine right. If he stubs his toe, it’s a big deal. You lose an arm? Who cares. Someone spits at the king? He gets executed. Someone murders your wife? No loss. Everything the king does makes the news; your troubles and travails are not newsworthy.”

Today in America there’s a double standard, and if you’re white, you’re on the ass end of it. Our authority figures no longer feel the need to pretend that “fairness” is the goal. No need for hushed whispers; the dog whistle has been traded for a bullhorn. Guggenheim and Harvard Fellow Ibram X. Kendi, favored race expert of our House Ways and Means Committee, could not be more open about what he and his comrades are accomplishing. In his current New York Times best-seller How to Be an Antiracist, Kendi (with whom I’ve tussled in the past) lays it all out:

“If discrimination is creating equity, then it is antiracist,” Kendi concludes, before quoting Harry “giant sucking sound” Blackmun: “In order to treat some persons equally, we must treat them differently.”

“How can people fight back when there are no laws or official policies to challenge?”

American whites are having a difficult time wrapping their brains around this reality. And indeed, the new apartheid is an odd beast because, unlike previous segregationist systems, unlike Jim Crow, unlike South Africa’s apartheid or Nazi Germany’s Nuremberg Laws, this new American apartheid is de facto. It’s off the books. It’s built to breathe and function comfortably within the confines of our Constitution.

It’s a 21st-century apartheid tailor-made for the internet age. We’ve already surrendered the “public square” of free speech to the private sector; you absolutely can be silenced online just for being white, while the “mainstream” media is totally within its rights to clog the airwaves and internet with antiwhite propaganda. This one-sided marketplace of ideas is completely constitutional.

Scientists who make the mistake of accurately reporting findings that anger blacks are totally free to withdraw their papers. Nothing illegal about that! Dummies like Stalin used to have the state censor scientists. Good thing we have a Constitution, which ensures that scientists are free to self-censor once they “see the light.” In the Soviet Union, criticism of Lysenkoism was banned by government decree. The advantage of de facto over de jure is that with no formal ban, there’s nothing concrete to fight.

Employment? An employer might not technically be able to fire you just for being white, but once the Twitter mob sets its sights on not just you but your place of employment, you can be let go because your presence is impeding the functioning of the company. You’re not being fired for your views, but for your baggage, which has become a “distraction.” This is a trick perfected by my old nemesis Irv Rubin of the Jewish Defense League. If a bunch of “antee-Semites” were holding a conference, Rubin knew that it wasn’t always possible to persuade the venue owner to evict the group based on the views of its members (public venues couldn’t exercise viewpoint discrimination, and private ones were afraid of being sued).

So, just phone in a bomb threat. Now it’s a “safety” matter, and the venue can cancel for reasons other than viewpoint.

Speaking of public gatherings, whites can totally be confined to their homes for “COVID lockdowns” while blacks get to rampage freely through the streets, because the BLM riots are not technically state-approved. We all know that mayors and governors have allowed the riots, but they retain the plausible deniability that they never officially “sanctioned” them. Again, de facto. No city, no state passed a law saying “whites must stay home; blacks can go outside.” Such a law would be unconstitutional! No, the double standard “just happened.” It was “out of our hands.”

How can people fight back when there are no laws or official policies to challenge? That was always the fatal flaw with legally codified, racially tiered systems. Laws give people something to target.

Sure, blacks can storm through white neighborhoods, terrorizing residents by marching around at 1 a.m. blasting music from bullhorns (as happened in my neighborhood last month). But hey—it’s the right of free assembly! Whites can do it too…in theory. But in reality, whites know that if they try to march through, say, South Central at 1 a.m. chanting like lunatics, they’ll get shot. And DAs would not seize those guns, even as they charged the white protesters with “hate crimes.”

That’s why a monster like George Soros has targeted district attorneys in every state; that’s why he spends so much money to install his own people in that position. The law gives DAs prosecutorial discretion, and again, it’s perfectly legal. White couple paints over graffiti? Felony hate crime. Black thugs beat white child senseless? Misdemeanor assault.

DA discretion is a great tool for enforcing de facto apartheid, and Soros picked up on that long before we did.

The news for whites is grim. Politicians in both parties have already decided to either go along with de facto apartheid, or at least not overtly oppose it. Whites have no advocates left. The closest thing whites have to an advocate with a major national platform is Tucker Carlson, and he won’t say the word “white”:

We’re witnessing a broad and powerful attack on the principle of equality. Daily, we are told that all people are not in fact created equal. Some were born with moral stain, others were not…. People in favored groups must be held to one standard. Those in disfavored groups, the morally tainted ones, must be held to another standard. The country retains one set of laws mostly for the sake of formality. But we must apply those laws in very different ways, according to the DNA and the background of the accused.

On the face of it, that monologue is fine. But not once in the piece does he specifically name whites as the “disfavored, tainted group.” He uses the same generalized terms that people like Kendi have already redefined. Antiwhite apartheid can’t be countered if you can’t be specific, a point I made last year in “Can the Right Fight Without Saying White?” Carlson knows that even with his strong ratings, appearing to advocate too stridently for whites would be a fireable offense.

When your No. 1 advocate can’t say your name, you are in trouble.

And white America is in trouble.

American Indians were not just felled by disease and Hotchkiss guns. They were broken psychologically in the wake of smallpox and in the face of demographic displacement. Adrian Heidenreich, professor of Native American Studies at Montana State University-Billings, is one of the few historians to write about the “malaise” that gripped the once-proud tribes of the plains. Native Americans “became demoralized; they lost heart.” Joseph McGeshick, Native American Studies professor at Fort Peck Community College, echoes that sentiment: “When you see your whole population being wiped out, you’re not going to have much faith in your system anymore.”

Losing faith in the system. McGeshick believes it was this loss of faith in old institutions that led to not just the “pacification” of the natives, but the willingness of many to jettison their traditional beliefs and embrace Christianity and booze.

According to McGeshick and Heidenreich, the epidemics that wiped out so many Indians physically wiped out the rest psychologically.

Will COVID be remembered as the disease that ushered in the final stage of white pacification? Will it be remembered as the white man’s “Injun epidemic”? To be clear, it’s not even remotely as deadly as the smallpox that killed millions of Indians. But I do think it’s a catalyst. I think COVID pulled the trigger on an acceleration of antiwhiteness, buoyed by a newfound confidence on the part of authorities that white America can, by and large, be pushed around to no end. Whites can be locked down at home while hordes of nonwhites are allowed to literally mock them from the sidewalks.

Disease and demoralization…the Indians didn’t survive it. They didn’t all die, they just eventually resigned themselves to their fate.

Too many whites today—not all, to be sure, but many—seem resigned to their apartheid fate. Trump’s failures have almost certainly been another significant psychological blow. Mike Cernovich is optimistic: He claims that from Trump’s ashes will rise a new, energized “true right wing candidate.”

I don’t see that happening. But one thing’s for certain—this is the pivotal moment when white Americans either fight back or go the way of the Indians. If the surge of violent crime, police defunding, and hate propaganda doesn’t motivate them, nothing will.

At the very least, if there is any hope of rejuvenation and resistance, it’ll have to be brought about by a people with a stark and sober grasp of their dire predicament.

A people willing to stare into the abyss, no matter how dark.

And man, is it dark.