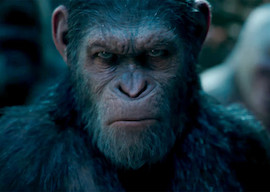 As we inch closer to this year’s Academy Awards telecast, which promises to be a real barn burner, what with no hosts and no jokes (because jokes contain hurty words), let’s recall, if only for a brief, painful moment, the infamous “Racist Oscars” of 2016. That’s the year in which “people of color” (well, pretty much just blacks) protested the ceremony because there were too many white nominees. The Twitter mob, always so thoughtful in action and measured in tone, popularized the #OscarsSoWhite hashtag, and every white actor and actress in town lectured the film industry, “Stop hiring so many whites! Except me, of course. Keep hiring me. I need to keep my fame and visibility in order to carry on the fight for social justice!”

The protests worked, and the Academy listened. The very next year, the winner for Best Picture was an Ed Buck wet dream about gay black drug dealers. I have no idea if it was a good film, because no one I know actually saw it.

At the height of the #OscarsSoWhite hoopla, Dr. Ibram X. Kendi, who at the time was an assistant professor of African-American history at the University of Florida, wrote a piece for Salon titled “The 15 Most Racist Oscar Films of All Time.” Number eleven on his list of the most racist “Oscar films” is the original 1968 Planet of the Apes. If you want to split nappy hairs, Kendi is technically incorrect that the film won an Oscar. It was presented with an honorary, noncompetitive award for Best Makeup, because in 1968 makeup effects were considered too unimportant to merit an actual award category (there wouldn’t be one until 1981). But hey, an honorary Oscar is still worth more than a degree in African-American studies (at least you get a statue instead of a worthless square of toilet paper), so I’ll let it slide.

Well, I know a trivial thing or two about horror and sci-fi films, and one of the things I know is that Pierre Boulle, the French author of the book upon which the original Planet of the Apes movie was based, saw his work as a meditation on what it means to be human. Apes, Boulle explained in the many interviews Kendi never bothered to read, can copy humans. But could they ever surpass us? Or is there something unique about mankind, call it a soul or an advanced frontal lobe, that makes us impassable? The one thing the book was not was an allegory about race in America. Neither was the film, which stuck somewhat faithfully to the book with the exception of the “damn you to hell, it was Earth all along” ending (Boulle’s book actually has the Tim Burton film ending, proving that for once Burton can’t be solely blamed for sucking).

I thought it would be fun to play around with Professor X, so I emailed him. “May I ask you a few questions about your Salon piece?” I inquired. “I would be willing to answer a few questions. Send them over,” the good professor replied, signing his email “IXK,” which you gotta admit is pretty cool (an aside for my old-school agorist readers—anarcho-libertarian pioneer Samuel Edward Konkin III used to sign his correspondences “SEK3,” which always made me think of a really annoying Star Wars droid. “Beep beep, boop boop, obey the NAP! Read Atlas Shrugged!”).

(1) I’m curious if you’ve actually seen Planet of the Apes. You wrote that the three human astronauts were white when, in fact, one of them was black.

(2) Do you have any supporting information to back up the claim that the film was intended as a racial allegory? Any statements from the filmmakers, the cast, or film historians? The author of the book upon which the film was based was a Frenchman who spoke no English. I’m curious if he ever mentioned anything about the book having racial undertones.

After receiving my email, Dr. Kendi—if I may invoke my favorite joke punchline—farted and flew out the window. I never heard from the man again!

“Neeson’s point was that what he did was a bad thing.”

Here’s the ironic part: As the original Apes series progressed, and as the producers began to run out of original ideas, the films actually did begin to drift toward heavy-handed social commentary. The fourth installment, Conquest of the Planet of the Apes, straight-out compared the sentient apes to American black slaves. And the fifth entry, Battle for the Planet of the Apes, went one better, predicting a “post-racial America” with humans and apes living in a shared community. Years after a nuclear holocaust, the surviving humans and apes have established an agrarian society in a big open field (film producers refer to this as the “F Trifecta”: fields, farms, and forests, the cheapest ways to depict a postapocalyptic world on a tight budget). Apes, previously enslaved but now empowered, are living side by side with humans, and everyone’s trying to get along. But there’s one unbreakable rule: A human must never say “no” to an ape. The command “no” was used by humans in the old days when apes were sadistically conditioned to be obedient servants, so apes have forbidden humans from using the word when addressing them, no matter the circumstances.

In one scene, a “progressive” human teacher who runs the community’s school impulsively yells “no” when one ape kid maliciously destroys another ape kid’s crayon drawing. He’s hauled off to prison.

Had Kendi actually watched the Planet of the Apes films, he’d have gotten to the racial allegory part. The problem is, I think he would have liked what he saw. I’m not comparing black people to apes (nor would I ever do so); I’m merely taking Kendi’s thesis and running with it. Is this not the situation in America today? A white person cannot say “no” to a black. A white restaurateur cannot say “I’m sorry, we’re closed.” Neither can a white bartender. A white Starbucks manager cannot tell a black person “the restroom is for customers only.” Whites can’t say “this parking spot is reserved for the handicapped” or “no barbecuing in the park” or “no hair that violates our school’s dress code.” It’s literally like today’s black activists want to use the fifth Apes film as an instruction manual.

And the scary part is, they’ve added an extra twist. They’ve mixed in a touch of the Twilight Zone episode “It’s a Good Life.” Because it’s not just a matter of never saying “no” to a black. Now whites are forbidden from having “unhappy thoughts” about blacks…as Liam Neeson found out last week. The poor bastard was doing the promotional circuit for his new film Cold Pursuit, in which he plays a father on a quest for vengeance (a welcome change from all those other films where he played a father on a quest for vengeance). In an interview with The Independent, Neeson tried to make a point about the destructive effects of irrational anger and vengefulness. He told an anecdote about an incident from forty years ago. A close female friend of his had been brutally raped by a black man, and, blinded by fury, the young Neeson went out that night to the black part of town, hoping that someone would start trouble with him so he could take out his aggression by beating the crap out of a black guy (nothing ended up happening).

Neeson’s point was that what he did was a bad thing. He was not advocating it, but rather the converse. He was saying, “Don’t do this,” and he explained that he went to a priest who helped him overcome his rage. But none of that matters. He’s a white man who had a bad thought about blacks. Never mind that it was forty years ago, or that no black people were harmed, or that he recognized his feelings as destructive and sought help, or that he’s lived for four decades as a good man who’s never acted poorly toward blacks.

He had a bad thought about blacks; he must be punished. And the part that really irks me is that most blacks oughta know better. In the interview, Neeson was doing what 90% of black Americans grew up hearing in church—he was publicly confessing past sins. He was testifying. And as every black churchgoer knows, if a 66-year-old man gets up to talk about how sinful he was forty years ago before he found Jesus, you don’t boot him from the building.

Black Americans are overwhelmingly Christian, yet the concepts of redemption and forgiveness—the cornerstones of Christianity—are increasingly eluding them…at least when it comes to whites. Black actor Charles Dutton murdered a black man in 1968, and he’s won multiple NAACP awards! Dutton’s been forgiven for literally killing a black guy in his youth, while Neeson must never be forgiven for having a violent thought about one in his.

The red-carpet premiere of Neeson’s new film was canceled, and there are calls for him to be digitally removed from the upcoming Men in Black film. The Washington Post called Neeson “evil” and compared him to Ted Bundy. And in Vox, he was compared to a drunk driver who could have killed an innocent person and shouldn’t be let off the hook just because he didn’t. And who made that analogy? None other than my cowardly pal Ibram X. Kendi!

The problem with Kendi’s analogy is that you’re supposed to applaud a drunk for staying sober for forty years, not condemn him for who he used to be. But white people, once labeled racist, cannot be redeemed. The “anti-racist” propaganda that bombards whites these days in movies, on TV, in advertisements, on the news, and in the workplace is not and has never been about “education,” but control. Deep down, blacks like Kendi see whites as unsalvageable. They’re born with the sin of whiteness, and they die with it. But you have to live with them, so you must control them. In Europe, Australia, and Canada, you can use the laws that criminalize “bad” speech. Here? You can bully, ban, and propagandize them as much as possible until they learn to behave.

Until they become like the humans in Battle for the Planet of the Apes, a movie with more foresight than it probably intended.

Congrats, Dr. Kendi, you made a silly claim that Planet of the Apes was about race, and then you worked really hard to make that claim correct and appropriate. You’ve succeeded…well done.