The Art of Propaganda 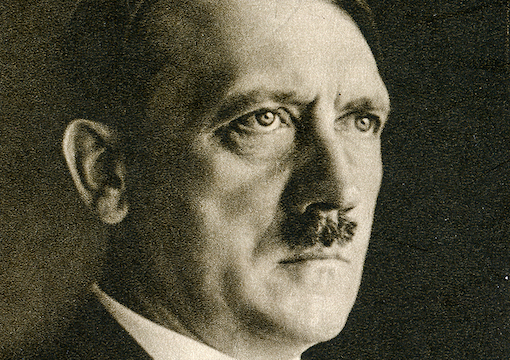 How did Germany, arguably the most cultured and civilized nation in Europe, degenerate so quickly?

The answer is propaganda. Man is a herd animal, and propaganda moves the herd.

“The Art of Propaganda,” an excerpt from Mein Kampf, was republished in The New York Times in 1941. Hitler was notoriously verbose, but in this passage he offered the key to the political tactic quite succinctly:

“Of the great masses…their intelligence is small. All effective propaganda must be limited to a very few points and harped on in slogans.”

His technique of the “Big Lie” remains operative today. Under cover of Mr. Hitler, I can now publicly state what has heretofore been impermissible. Like the “great masses” of the ostensibly master race, there are immense numbers of people with low intelligence in this country—both Black, and especially white. The principles of Mein Kampf are being applied with spectacular success by the Marxist Black Lives Matter and Antifa.

BLM was ostensibly organized in response to Ferguson. The rallying cry of that fatal incident, “Hands up don’t shoot,” was a lie. Mr. Brown wasn’t murdered; he was killed, shot while charging at a police officer after attacking a store clerk. The narrative, however, one that has been harped on over and over—and has galvanized tens of millions—is a wave of murders of unarmed Black men by police. That narrative is also a lie. This past year, in a country of over 330,000,000, a total of ten unarmed black men were killed by police. Eight of these killings were fully justified, there is maybe uncertainty on two.

Liberals define themselves as being open-minded. Are they open-minded enough to consider the possibility that they have been lied to? Are they willing to consider even the existence of another possibility on George Floyd? Probably not. From another vantage point, and another century, but exponentially more relevant today, is a quote from Malcolm X. “The media is the most powerful entity on earth. They have the power to make the innocent guilty and to make the guilty innocent, and that’s power. Because they control the mind of the masses.”

“Man is a herd animal, and propaganda moves the herd.”

Black Lives Matter and Antifa were created by a white intellectual elite, an elite whose origins derive not from the classical liberal and Judeo-Christian traditions of the American revolution, but from the atheist/libertine/totalitarian tenets of the French. And the faces of BLM and Antifa are closer to Charles Manson than Malcolm X. Many African-Americans realize they are being played—used to advance a hidden agenda—but most are not cognizant of the propaganda that envelopes and molds them.

Nor too are vast numbers of whites. Most young whites accept the assignment of guilt for transgressions, false or not, of long-distant ancestors. “White privilege” is the new anti-Semitism. In the 1930s no Jew believed the propaganda directed against them by National Socialists, let alone publicly endorsed and embraced it. Yet tens of millions of white Americans do so for propaganda from socialists of a different stripe. The efficacy of the technique has been refined far beyond what Hitler could have possibly imagined. Typical of this propaganda is that whites are responsible for genocide against the American Indian. The figures have been tabulated. Between 1511 and 1890 there were 7,156 Indian victims of atrocities committed by whites. During that same period, there were 9,193 white victims of Indians. I criticize the tabulation. It does not include the “Trail of Tears” in which at least 4,000 died. On the other hand, Indians regularly killed Indians. For instance, between 1649 and 1679, Iroquois waged wars of annihilation against the Huron, massacring close to 30,000.

An ally of BLM posted a video of herself three months ago. The young lady (“I’m gonna stab you” to the next person with the “Caucasity” to say “all lives matter”) may well represent the majority attitude of our Ivy League—she is a Harvard grad—and of much of the left. How did this come to pass? Her intelligence is not small. It’s in the incessant propaganda, coming not only from academia and the schools, but from the mass media—especially television and film. It’s not just the overt message, it’s in the subtext. See a villain on the screen, there’s a good chance you’ll see an American flag in the background. Propaganda is exponentially more potent than it was in 1922, when Mein Kampf was written. The electronic media are pervasive, and their product, entertainment, almost always has a political message. To a large extent it’s not merely the art of propaganda but the propaganda of art.

As for the Harvard grad, even Hitler youth did not exhibit such ice-cold hatred. She is no longer a free agent. Her values are “fixed”—they will not change. Nor will the politics and values of much, if not most, of her generation. She is the future.

As for the past, Hungary protected its Jews until 1944. Then the Germans installed a coup and the rule of law evaporated. We have law in this country—Soros law—the legal template of which bears a remarkable similarity to that which underpinned the Kristallnacht. If one doubts this assertion, ask Jake Gardner. A goal of National Socialism was the extinction of the Jewish people. The purported goal of those who direct the left is the extinction of “white privilege.” The real target is Christianity, and the extinction of the Judeo-Christian moral code.

America is no longer a nation but a country. The two are not synonymous. The propaganda has worked. A plausible prospect is that the Democrats will win in November. There is little substantive difference between a neo-Nazi, a Nazi, and a Nazi sympathizer. What is the difference between BLM, Antifa, and the progressive wing of the Democratic Party? This may not merely be a socialist country. It may be something more.