The Battle of Wills Between the Sexes 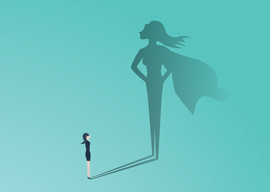 Observing groups of women, one can perceive that the maternal sex has a preternaturally acute awareness of others and concomitant sensitivity to their feelings. In many instances, groups of women are palpably cognizant of one another and in harmony in distinctly female ways. For women are naturally more oriented towards other people than men are. Accordingly, they tend to study and work with people, while men are more interested in abstract things.

In keeping with this greater orientation towards others, research finds that women are higher in altruism and higher in conformity than men. Women also value consensus more than men do. (Note that I am speaking in terms of averages, of statistical group differences, so it’s not a cogent objection to say, for example, “But I am a woman and nonconformist. Why, just last week I told Martha Nussbaum herself that she is clueless about politics!”)

Let us say, for simplicity’s sake, that women have a certain moral genus. To be clear, by this metaphor we mean only the greater distribution of certain attributes among women (altruism, conformity, value assigned to consensus). In other words, differences in degree, not in kind.

Now, there is no doubt that this moral genus has always been of incomparable value, for the family in particular. After all, someone must love children irrespective of their proven worldly value and merit. Someone must also provide pity for the suffering of others in general—for how much suffering there is in this world!

All this is vital work, however unsung and thankless, and women historically have done a lot more of it than men. Small wonder that thinkers as different as Edmund Burke and Steven Pinker have written appreciatively of the softening influence of the gentle sex and the moral gains that come with the feminization of societies. Those men were right to do so, and certainly we should all be grateful for the many goods that have come from women’s maternal influence.

“Women now exert an evident psychological dominance over men, most of whom, alas, appear not to even realize it.”

And yet, ours is a mixed life, so that for every good there is a corresponding evil. Women’s greater orientation towards others, for example, makes them especially susceptible to groupthink. It is for the same reason that throughout history hysteria has been almost entirely a female phenomenon.

It is in politics that women’s moral genus is most problematic. This is true not only because of the sex differences that I have described, but also because, owing to women’s greater biological value, there is a deep (albeit mostly unconscious) paternal bias in their favor. Therefore, with respect to certain issues, the mere presence of women is such that many people will effectively lose their minds, so that rational discussion becomes exceedingly difficult, if not impossible.

Here, then, is the lesson from the Brett Kavanaugh controversy. In response to the accusations of sexual assault made against the beleaguered man, Senators Feinstein, Gillibrand, Warren, Harris, and Hirono showed little regard for due process. Indistinguishable from the feminized left-wing media, their thinking was, in essence: “Kavanaugh is guilty because accused—punish him!”

The hysterical sensibility was best captured by Hirono’s egregious command to men: “Shut up and step up!” Incidentally, I am told that Hirono’s gutters need cleaning, too, so some damnable patriarch had better get to work on that.

In this prejudiced, affect-driven groupthink, women have borne out the most offensive stereotypes about their sex: namely, that they are exceedingly irrational, emotional, and illogical, and that, therefore, they need male guidance and authority, whether they like it or not. The most offensive stereotypes, as I say, but in the words of the distinguished social psychologist Lee Jussim, “gender stereotypes are mostly accurate.” What is more, “stereotype accuracy is one of the largest and most replicable effects in all of social psychology.”

Nor should we be surprised that so many male politicians and male journalists have been mindlessly deferential to women’s groupthink regarding Kavanaugh. For so strong is the bias towards the more valuable sex, and so unconscious is that bias, that people instinctively rushed to condemn a man who, according to everyone who has known him well, has lived an honorable life.

Social science can help us understand why this sort of thing happens, and so frequently. M. Dittman, summarizing a study published in the October 2014 Journal of Personality and Social Psychology (Vol. 87, No. 4), writes that

Men and women who automatically perceived men as more threatening or intimidating than women also had pro-female preferences, suggesting that negative male stereotypes can promote greater liking for women.

It is owing to this bias—which, being mostly unconscious, is terribly difficult to recognize, let alone discuss—that the Supreme Court confirmation process easily became a kangaroo court, very like academia. Such corruption represents a general problem, one that our culture desperately needs to face: namely, the battle of wills that is taking place between the sexes.

Today American men are hardly men in the old sense of the word. Rather, most of them will yield to the whims and demands of the fair sex irrespective of considerations of justice and context. In this blind paternalism men are, of course, very well-meaning, but they are also very weak, and their submission is contrary to their own interests. Worst of all, it is destructive to the state itself.

For it must be remembered that ruling, with all the immense difficulties it entails, historically has been done almost entirely by men. There is no evidence that the sexes are interchangeable in this respect, nor that women, on the whole, can rule and steward important affairs of state as well as men. To be sure, a person who believes that women can do so needs to do far more to support that position than simply naming Margaret Thatcher, as the partisans of “gender equality” invariably do.

In The Subjection of Women (1869), John Stuart Mill, the hero to feminists himself, laments women’s greater inclination to charity and shortsightedness in regard to it. There was wisdom in that, because what is a virtue in the family or local community can be a vice in politics. Good liberal that he was, Mill thought that these liabilities could be overcome by “education.” A child prodigy and himself the product of an extraordinary education, Mill was unduly optimistic concerning education in general, and so it was in this case. Yet his worry was not unfounded. Indeed, it has been vindicated.

Women now exert an evident psychological dominance over men, most of whom, alas, appear not to even realize it. Just as a woman must be believed period, so what is considered legitimate intellectual inquiry is more and more determined by what women will not find emotionally distressing. Here too we find them living up to the most predictable of stereotypes.

As Heather Mac Donald has documented, women in universities have only to gripe about a lack of “gender parity” in order to promptly receive hiring quotas in their favor. Women are likewise promoted to lucrative administrative positions because they are women. It is the same throughout media and the arts, Hollywood and the corporate world: Women demand equality, regardless of merit and workload, and time and time again men comply.

But in all this “progress” women, as a whole, have shown neither the ability nor the desire to perform equal to men; and it is a sign of the times, and of just how perverse is their social conditioning, that even most men would probably consider that last sentence to be “sexist,” although it is meant only as an empirical description.

Nor need women bother to actually achieve equality, because their psychological power over men is so strong that the latter are quite willing to accept (in practice if not in belief) the premise, however false, that unequal outcomes signify discrimination by definition.

Constant and pathetic, the male submission we see today is unprecedented in history, and an ominous sign of how far our culture has fallen. Whether people can or will allow themselves to perceive it, the battle of wills between the sexes is a very real, and increasingly grave, problem. Nor will it go away because of ignorance and fear.

Such male submission, it should go without saying, is not attractive to women, for what they want is a man whom they cannot bend to their will. As I have written, like foreign nations, women respect nothing so much as superior power. So Nature Herself has made them, nor can cant about “rights” and “gender equality” change that.

If men keep yielding to women as a matter of course, America will be doomed because, despite fashionable thinking to the contrary, there is very little social order or authority without male leadership. And without those virtues, there is no culture and, eventually, no people at all.