The Boris Johnson Show Is Over 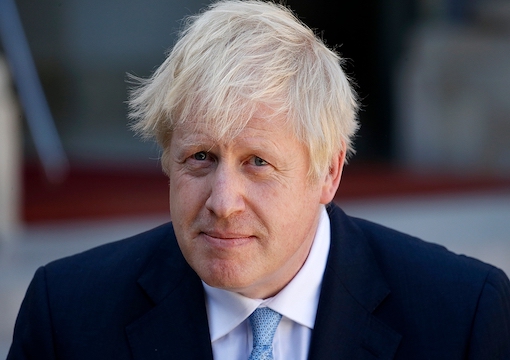 When Sir Anthony Eden was pressed as to whether he would remain as British prime minister in 1958, he had the following to say:

“I do not feel that it is right for me to continue in the office as the Queen’s First Minister knowing that I shall be unable to do my full duty by my Sovereign and the country.”

Actually, Eden was being rather slippery by ascribing his resignation to ill health, when it is widely held that he resigned as a direct result of his diplomatic blunders, and his possible misleading of the House of Commons, over the Suez Canal crisis. But that is politics, and I would rather direct your attention to rhetoric.

“Johnson, a flighty and unfocused character, had become bored with one of the most powerful political positions in the Western world.”

What is of interest is the tone of the statement, and the comparison between Eden’s language and the reply Boris Johnson gave when an aide suggested the inevitability of his resignation: “F— that!”

Since the 1950s, British politics has been an unedifying descent from largely dignified statesmanship to a sort of tawdry, sleazy food fight. Not long ago, almost the only Members of Parliament (MPs) who had been to jail in living memory were incarcerated in connection with the Northern Irish “Troubles.” More recently, Claudia Webbe, Labour MP for Leicester East, was given a 10-week suspended sentence for threatening and harassing a love rival, including threatening to throw acid in the woman’s face. It was no surprise to learn that she claimed the sentence was an example of systemic racism, and that her lawyer credited the sentence to the “white privilege” of Webbe’s rival.

Since the start of the 20th century, Johnson is the 10th British prime minister to resign. Only two were Labour, the connivance that was Tony Blair and Gordon Brown, and the rest were Tories, including household names Margaret Thatcher, Winston Churchill, and more recently David Cameron. What is telling is that the last five prime ministers have all fallen on their respective swords.

Boris Johnson’s aide was prescient, and the prime minister resigned 24 hours later. His resignation speech was surprisingly jaunty, and confirmed my belief that Johnson, a flighty and unfocused character, had become bored with one of the most powerful political positions in the Western world.

I always had the feeling that Johnson would tire of being PM when people were no longer calling out “Hail Caesar!” in the streets. He is a narcissist, and he will have to wrangle with a measure of cognitive dissonance as he tries to convince himself he was the victim of fickle political fate and grasping rivals, when in fact his central, nagging doubt will be that he wasn’t really a very good prime minister. That and the fact that his wife’s footprints were all over Johnson’s back. I wrote about Carrie Johnson (née Symonds) here at Takimag last year.

Johnson is patently uxorious, and it was an open secret in Westminster that his toothy blond wife was pulling strings to push the absurd and unworkable green agenda to which Johnson committed the U.K. The next prime minister will make quite an entrance if he or she pulls the plug on the whole green con trick (and cleans the stables with regard to what is happening in British classrooms), and now we are approaching the central question the next few weeks will answer in British politics: What would happen if a genuine conservative took over the Conservative Party?

The political classes of the USA and U.K. share one rather curious trait. Just as American politicians seem to believe that everyone in their country reads The New York Times and The Washington Post, so too British prime ministerial administrations appear to believe everyone reads The Guardian. The fact that if you strategically bombed certain areas of London—Islington, Crouch End, Hampstead, or anywhere there’s a bakery that calls itself “artisanal”—you would cut that newspaper’s readership to that of a gardening weblog does not seem to occur to them or their focus groups. The first prime minister who thinks outside this mindset could find themself wildly popular.

The next leader may be accepting a poisoned chalice with an unavoidable recession looming. Like most populations, the British don’t really understand that inflation didn’t start last week, but when the first phase of quantitative easing took place. A smart leader would make that clear.

My pick would be Steve Baker, the approximate equivalent of American politicians Rand Paul and Tom Cotton. Clearly conservative and seemingly unfazed by the razzmatazz of the political major leagues, Baker will be kept from the corridors of power by the same obstructive machinations that keep Paul, Cotton, Matt Gaetz, John Kennedy, and others from effective office in the USA. The Conservative Party in Britain is a big tent, but actual conservatives are not allowed in.

David Mellor was one of the “big beasts” of the Conservative Party under Margaret Thatcher, and says of Johnson that he was “not an implementer…[but] a man who allowed himself to appear to be a man totally lacking in a moral compass.” It is difficult to disagree. Mellor himself, a sly old fox always worth a listen, was no stranger to sexual scandal.

The Liberal Democrats—that political tertium quid that America does not have—have been kingmakers in recent memory, when the monumentally unsound Nick Clegg enjoyed the limelight as deputy prime minister with David Cameron in a coalition government that lasted from 2010 to 2015. Clegg was always what the English call “a wrong ’un” and now works for Meta, Mark Zuckerberg’s increasingly bizarre parallel universe. But the Lib Dems are nowhere in current polling.

If the Tories install a weak leader or a diversity hire, their current 80-seat mandate (huge by British parliamentary standards) will begin to look fragile. If the opposition Labour Party were not themselves rudderless, being led as they are by Sir Keir Starmer, who cannot—or dares not—define what a woman is and who I don’t think will be in position much longer, it would change the game.

Even a middling opposition would ensure the Conservative Party’s electoral doom. As it stands, the Conservatives are behind in the polls approaching mid-term (American presidents and their parties generally experience the same thing), but not by as much as either Tony Blair or Margaret Thatcher were before their respective reelections.

As for Johnson, he had his ego trip and I would not be surprised if he went back into publishing. The contrast between the keen-eyed japery of his prose style when editor of Britain’s most famous political magazine, The Spectator, and the vaguely confused and bored utterances he came out with as PM is rather sad, and I’ll bet he misses the long boozy lunches.

To his credit, Johnson never gave the impression that he was all that sold on the globalist, Schwab ’n’ Soros, great reset carnival, but it is a pity that he did not voice that disillusion. Two statements stand out from his lackluster career as a political orator. Most recently, Johnson claimed that Putin’s invasion of Ukraine was an example of “toxic masculinity” and would not have happened if Putin were a woman. How do we know he is not? The leader of Her Majesty’s Opposition is not able to give us a definition of a woman, so who can say to a certainty that it wasn’t Valentina Putin who deployed tank battalions to Kiev?

The other rhetorical oddity was a year ago at a G7 shindig, during which Johnson said one of the most stupid things I have ever heard a British PM say. Watch him here from about 1 minute 45 seconds. He says that “We’re building back better. And building back fairer, and greener. And building back more equal. And in a more gender-neutral and feminine way. How about that?” For a man who wanted to be compared to Churchill by historians, these gormless fortune-cookie mottoes don’t really stand with the “We shall never surrender!” speech.

Much was made of the fact that Johnson didn’t need a script to read from, as he proved on television when he recited at length from Homer’s Iliad, and in the original ancient Greek. Impressive, yes, but a severely autistic person could do the same thing if you gave them the book.

The most telling story about Boris Johnson was told to me by a journalist friend in London, who works for one of the world’s most famous newspapers. When my friend was working his apprenticeship on local London papers, he went to a press conference given by Johnson when he was the mayor of London. As my pal was finding his seat, he passed a theater curtain covering the back of the podium, and through a gap he saw Boris Johnson preparing to come out for the presser. He was looking into a mirror and mussing up his hair.

In the end, the Boris Johnson Show was just that, an act. British Conservatives must hope that the next Conservative leader is not playing a part.