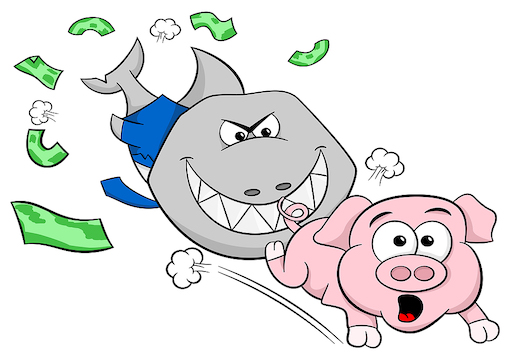 Back again like a boomerang
Same old stand, same old gang
Back in business with a bang
Let the good times roll!
—“Back in Business,” from the movie Dick Tracy

Stephen Sondheim’s less-than-classic song is employed in a less-than-classic movie for a music montage portraying the unbridled joy of the crime bosses and petty hoods in the film’s unnamed city as they celebrate their new golden age of lawlessness and profit.

Obviously, that could refer to the Democrats at the moment. Trump gone, the GOP feuding and demoralized, Dems in charge…no more rainy days. But I’m more interested in a different group of criminals and cozeners. Not the lions feasting on a fresh kill in D.C., but the vultures picking the bones of the MAGA carcass. Vultures feed on the debilitated; their hunting “skills” are more about their prey’s weakness than their own strength.

Vultures are dicks. And that also applies to the human variety.

The damnedest thing about Trump’s pardon of Steve Bannon is that it’s not getting the attention it merits. In fact, it’s astounding the extent to which it’s not being discussed. The most striking aspect of the Bannon pardon is that it’s unprecedented. That’s why the lack of insightful media coverage is so odd.

How many times does something happen in American politics that can genuinely be called unprecedented?

That Bannon was pardoned pretrial is rare but not unprecedented. The unprecedented part is that Bannon was accused along with three other people in the exact same criminal conspiracy (to refresh your memory, that criminal conspiracy involved defrauding MAGAs by taking money ostensibly raised to “build a border wall” and redirecting it to fund the fab four fraudsters’ lavish lifestyles), yet Trump pardoned only Bannon. When I read of the pardon, I thought to myself, surely that’s never happened before. Two or more defendants formally charged in the same criminal act and awaiting trial, yet only one is pardoned and the others aren’t.

But I’m no presidential pardon scholar, so I reached out to a few folks who are.

Professor Daniel Kobil of Capital University Law School is a guy who’s on every journalist’s short list for matters of presidential pardons. He teaches constitutional law, criminal procedure, and comparative constitutional law, with a focus on executive clemency. From C-SPAN to SCOTUS, he’s the go-to pardon guy. And Kobil couldn’t think of any previous presidential pardons directly comparable to Bannon’s: “No parallels to the exact Bannon situation come to mind for obvious reasons—any pardon of one defendant before trial and not the others utterly fails to pass the smell test for basic comparative justice so I doubt that it has happened.”

“Vultures are dicks. And that also applies to the human variety.”

Okay, the professor’s out. But what about the attorney? Samuel Morison is arguably the top pardon lawyer in the U.S. He served for thirteen years in the Office of the Pardon Attorney, where his job was to review petitions, supervise FBI background checks, and prepare recommendations for the president. He also couldn’t recall any previous comparable pardons. But unlike the professor, Morison has no problem with any “smell test”:

The suggestion seems to be that pardoning one conspirator and not others is unfair because it fails to treat similarly situated persons the same. But that’s a principle of due process. In fact, a clemency applicant had no enforceable to liberty interest in receiving executive clemency. The Supreme Court has called it a “unilateral hope,” not a legal right, committed entirely to the President’s unfettered discretion. Hence a clemency applicant has no right to due process. As a result, the President does no legally cognizable “injustice” by granting clemency to one co-conspirator and not others. These aren’t analogous to judicial decisions. Arguably he does no moral injury either, since no one is entitled to clemency.

So, we can agree that the Bannon pardon is unprecedented but legal.

And MAGAs should be angry about it. Bannon and his cohorts are accused of stealing from Trump’s loyal base. If Trump sincerely believed that the government’s case was bogus, if he felt the charges were a political witch hunt, he should’ve pardoned all four guys. But obviously the rightness or wrongness of the charges didn’t matter to him. Whatever Trump’s motivation for the pardon, he robbed MAGAs of their day in court against Bannon.

It should be added that the con was only possible in the first place because of Trump’s own inaction on the border wall.

Bannon’s (former) codefendant Brian Kolfage is a triple-amputee war hero. Trump and Bannon appeared all too happy to sail away on an ill-gotten yacht, leaving Kolfage behind to bob around in the boiling cauldron. “Thank you for your service…sucker.”

Hey—whaddya call a guy with no arms or legs in a pot of hot water? Stu.

Trump’s Bannon pardon was a final middle finger to his base. And the fact that nobody on the right seems terribly upset about it, well, there are folks taking notes about that. They’re the ones singing that Dick Tracy song. It’s a golden age for conservative con artists. I mean, to be fair, conservatives are always good marks, but more so right now. The current disillusionment with the GOP—indeed, the disillusionment with the very idea of electoral politics (“The fix is in! Voting’s fer saps!”)—means that rightists are unlikely to be throwing any dough at the political machine for a while. Now, even in normal times, political contributions fall in the immediate aftermath of an election. But today, we see a right wing that’s emotionally on edge but lacking a release valve.

People in such a state want to do something. And since storming D.C. again is off the table, and the simple release provided by rage posting on social media is also increasingly off the table, well, that’s a ringin’ dinner bell for the vultures to swoop in and strip as much cash from these poor frustrated bastards as possible.

You know, in the name of “taking it into our own hands to set things right.”

The total lack of MAGA fury at Trump’s Bannon pardon amplified that dinner bell to deafening decibels. “We don’t care that Bannon may have grifted us! We don’t care that Trump made it so that if he did, he’ll never suffer any consequences. We’re cool with being fleeced for the cause!”

To the vultures, that reads as “Please rape our wallets like Harvey Weinstein at a Miss Teen USA pageant.”

Over the past few weeks, Sidney “Invisible Kraken” Powell has set up a money vacuum she’s christened the “Restore the Republic PAC,” because “I’m Not Through Reaming You Yet You Pathetic Gullible Dipshits PAC” was too long for the filing form. And Ron Watkins, the 8kun admin who channeled the lovable “QAnon” character for his audience of “I drunk me some Lysol cuz it looked like Gatorade” deep thinkers, pretty much said, “Well, that was fun, huh?” as he bid farewell to Q while promising to be back with “a new project I’m currently fleshing out.”

Neither Powell nor Watkins expects to recapture every mark from the last con. And that’s fine with them. What matters is that the marks who do come back are the Glengarry leads. The premium leads. You can sell them anything, and they’ll pull the gold teeth outta their mouths to pay for it.

Just three short months ago I did an entire column on the latest right-wing “let’s make a movie to change the culture” grift. A company called Rebeller hired a bunch of NeverTrump conservative scammers to “make movies in the Trump era for the audience Hollywood ignored.” They finished one film over a year ago, a “plucky young girl defeats school shooters” actioner titled Run Hide Fight. But just as they began to hawk it, the entire enterprise collapsed when a minor was raped by a production exec (d’oh!). Rebeller folded and Run Hide Fight faded to black, in the can but unseen.

Until last month, when little Benny Shapiro and his suckling Jeremy Boreing bought the film, slapped the Daily Wire name on it, made themselves “executive producers,” and paywalled it on the Daily Wire website. Let the con begin! Ben and Jeremy (who appears to have marked the Wire’s move to Nashville by purchasing a toupee that resembles a cow pie) began promoting the movie to their rubes as a “conservative must-see! Only $14 to support the kind of film that reflects OUR values!”

Except there’s nothing even remotely rightist about the film. Just the opposite, in fact. It’s typical lefty Hollywood pap in which the young feminist heroine and her noble black bestie defeat evil white Nazi teens who shoot innocent minority students and sexually torture the (also noble) Latina Spanish teacher while spewing racist insults. In one scene, as the lead Nazi kid forces the survivors of his rampage to blockade the school cafeteria doors with lunchroom tables, he boastfully proclaims, “See, it’s not that hard to build a wall.”

Somewhere out there are MAGAs who lost money on the wall grift only to lose more money paying Shapiro for a film that mocks them as Nazis for wanting a wall (BTW, if your curiosity is piqued, do not try to view Run Hide Fight for free, as that would be unethical. This link, for example, is one that you should absolutely not visit).

Deadline “reporter” Andreas Wiseman refused to answer my inquiry about why he didn’t ask Boreing “if your aim is to create a safe haven for Hollywood conservatives, why’d you destroy the last one?”

Friends of Abe was dissolved because Sinise stopped funding it, and grifters like Boreing and Shapiro need teats to suck or suckers to bleed. And if you’re wondering why a mainstream pub like Deadline would run a puff piece for a couple of conservatives, the answer also applies to why the mainstream press isn’t making a big deal about Bannon’s pardon and what a slap in the face it is to MAGAs.

The left wants you to be bled dry. Yes, spend your money on becoming a Daily Wire “insider.” Yes, keep trusting Bannon, and when he asks you to write that next check, do it!

You’re carrion, and the left is cheering the vultures.

Of course, the thing with vultures is, it’s fairly easy to not get eaten by them. Rule No. 1 is don’t just sit there and allow it. Vultures depend on resignation.

So maybe get mad at the con men.

And don’t fall for their next con.