The End of Deplatforming? Well, Maybe… 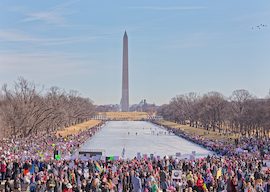 Finally, congressional action on internet speech suppression. But let’s not pop the champagne just yet…

Some background: In 1996, Congress passed the Communications Decency Act (CDA), which contained a sweetheart deal (section 230) giving providers of “interactive computer services” complete immunity from legal liability for their moderation decisions. That’s why social media platforms can remove your content for any reason, from not liking your politics to not liking your stupid face. CDA 230 was the result of a partnership between Congressmen Chris Cox, a Republican, and Ron Wyden, a Democrat. Cox, an anti-porn zealot (almost certainly due to childhood teasing about his name), reasoned that the best way to keep the internet titty-free was to allow admins to ban content at will.

CDA 230 is federal law. It can only change if Congress amends it. Federal antidiscrimination laws do in some cases supersede CDA 230, but those laws only cover identity discrimination, not viewpoint discrimination. Last year I floated the concept of trying to use such laws as an end run around CDA 230, and while a few legal experts I spoke with said it might work, in terms of widespread acceptance the idea landed with such a massive thud, I checked my roof for Eric Clapton’s son.

But now, GOP senator Josh Hawley of Missouri is going after CDA 230 the right way—legislatively. Last week, Hawley introduced a bill that would strip CDA 230 immunity from internet platforms with more than 30 million users (like Facebook, Twitter, and YouTube/Google). Said companies could petition for the reinstatement of their immunity, but only on the condition that they prove an absence of built-in bias by opening their “algorithms and content removal policies” to audits by the FTC. Additionally, “immunity certification would require a super-majority vote by the FTC, and companies would have to reapply every two years.”

Needless to say, liberals are panicking. Normally, when leftists scream, “It’s the end of the world,” they’re exaggerating for effect. Every tiny attempt to change abortion law is framed as a real-life Handmaid’s Tale, and every proposed GOP budget is condemned as a recipe for genocide. But in the case of Hawley’s bill, the leftists are correct to an extent. Anything that threatens to end the deplatforming of rightists would be devastating to the left’s most beloved strategy—silencing the opposition.

However, would Hawley’s bill (in the unlikely case it succeeds) actually do that? Remember, all CDA 230 does is give online platforms immunity from being held legally liable for moderating decisions. Without CDA 230, they could still moderate all they want. Two weeks ago, Justice Kavanaugh (yes, the “evil Nazi rapist”) made this exact point in MNN v. Halleck:

Moderation would continue without CDA 230. The only thing platform providers would lose is an immunity that other non-state actors don’t have. Basically, they’d become like the rest of us: no government-ordained immunity from lawsuits.

“Anything that threatens to end the deplatforming of rightists would be devastating to the left’s most beloved strategy—silencing the opposition.”

Now, it’s possible that fear of lawsuits might lead to less online content, not more. But supporters of Hawley’s bill (myself included) say fine, let the chips fall where they may. Online platforms were given an exceptional immunity deal, and they’ve only abused it. Let them learn to get by without it. Moderate away, Twitter. But the next lawsuit from someone like Jared Taylor might cost you, if only in years of legal expenses. Boo-hoo.

Media headlines have accused Hawley of waging a war on “free speech.” One tech dunce even claimed that the bill is a “Nazi” scheme written by “Nazis” to protect “Nazis” (yes, he actually said that). Some leftist dingbats have even slammed the bill as “unconstitutional” (Hawley is a Yale Law grad and a former clerk for the Tenth Circuit, so he’s not exactly Shoeless Joe).

Aren’t these the same leftists who, for years now, have mocked rightists who scream “free speech” when they get banned or deplatformed? “Online censorship has nothing to do with the First Amendment, man!” Agreed, and CDA 230 has nothing to do with the First Amendment either. CDA 230 was a gift given to the internet by Congress. Congress gave it, Congress can take it away. Online platforms would only be losing something they didn’t even have until 1996. And they would only have to open their books and prove themselves to the FTC if they wanted their special immunity back. That’s not an infringement on any “rights.” They could continue to run their sites as they like…just without the government-given immunity that brick-and-mortar businesses have never enjoyed.

But back to the bad news. Even if sites like Twitter and Facebook do have to contend with more lawsuits in the event Hawley’s bill passes, SCOTUS, in its final week of the term, gave several hints that the kind of moderation social media sites currently engage in would be defended by the justices. The first hugely non-subtle hint was the Kavanaugh opinion cited above. The second is a bit more veiled. An L.A.-based fashion brand called FUCT had been denied trademark protection because the name was an obvious reference to a dirty word. The court decided 6–3 that FUCT does, in fact, have the right to a trademark. The majority ruled that the language in the 100-year-old law under which the trademark was rejected (applications may be turned down if they are “shocking to the sense of truth, decency, or propriety” or “disgraceful, offensive, or disreputable”) was too vague. Outright pornographic trademarks, like two penises crossed like swords over a river of greased-up anuses, can still be banned (so much for Barney Frank’s quest to trademark his family crest), but the court ruled that statutes governing trademark rejection have to be rewritten to be more specific about other “rejectable” offenses.

But here’s the Waldo hiding in that decision: While concurring with the majority, Justice Alito stressed that Congress should adopt a more “carefully focused” law that can, in the future, ban trademarks that “contain vulgar terms that play no real part in the expression of ideas” and “serve only to further coarsen our popular culture.” And Breyer, in his dissent, stressed the importance of preventing the public from seeing “someone wearing a t-shirt or using a product emblazoned with an odious racial epithet.”

You may not know just how historical that partnership is. In fact, it goes back to one of the most important—and little-known—SCOTUS free-speech cases of the 20th century.

Frank Walker was FDR’s postmaster general. He was also a one-man combination of Cox and Wyden. He was a Catholic moralist who hated porn, but he was also a “progressive” New Deal fanatic who pushed FDR’s agenda with exactly the fanaticism Roosevelt expected from his cronies. Walker held the power to suspend the second-class mail permit of any publication that displeased him. He began by revoking the mail privileges of Esquire, which—at the time—was considered “racy.” The censorship campaign was not sold to the public as being in any way political (and, indeed, with Esquire it wasn’t). Walker enlisted the aid of pastors, priests, rabbis, and former temperance activists to sell the public on the righteousness of mail permit suspension.

But as the anti-smut argument provided public cover, Walker was also silently targeting anti-FDR, anti–New Deal publications. In a fiery address on the Congressional floor in May 1943, North Dakota GOP senator William Langer (an anti-interventionist attorney and constant thorn in FDR’s side) condemned Walker’s witch hunt as partisan hackery in the guise of petty moralism. “It may be that Frank Walker, who is very much a Democrat, considered phrases in praise of Republicans as a form of obscenity,” Langer wryly stated, adding, “Periodicals in this country were all intended to serve a purpose. That purpose is to disseminate information and to voice an opinion. I believe there is no possibility of free expression in this country today; not while Frank Walker holds publishers like puppeteers in one hand and threateningly wields the club of revocation of privileges and political censorship in the other.”

Frank Walker was America’s first deplatformer, and his claim that speech suppression is warranted for any content “not for the public welfare and good” is the same excuse used by today’s online Walkers.

Esquire eventually took the matter to the Supreme Court, which ruled unanimously that Walker’s actions were unconstitutional, and that the USPS cannot engage in viewpoint discrimination. Little did any of the participants on either side of the case know that by the end of the century, Americans would take that precious right to disseminate speech and enthusiastically farm it out to private companies with absolute immunity to suppress. In a final tragic irony, Esquire, Walker’s main target, is now a vocal cheerleader for the deplatforming of “bad” speech. Esquire has become its former enemy.

The love of speech suppression makes for strange bedfellows. Which is why I don’t think Hawley’s bill will succeed. Cox and Wyden; anti-smut moralists and FDR progressives; Alito and Breyer. That partnership—the person who wants to suppress immorality and the one who wants to suppress political ideas—is just too prevalent in American politics.

As Josh Hawley will no doubt find out from the moralists in his own party when they team up with the “anti-hate-speech” zealots across the aisle.

Still, best of luck to you, Josh. Even the quixotic fight can still be the good one.