The Era of Emotional Kitsch 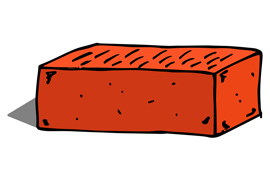 We live, as perhaps we always have lived, in curious times. On the one hand, we have never been as sensitive to what people say as we are today; we have no emotional skins, as it were, but only emotional raw nerve endings, so that the innocuous appears to us as corrosive as acid. On the other hand, we have never been so ready to insult others and even to menace them with our words. We hate people whom we have never met and about whom we know nothing except their opinion on a single subject that they have expressed on a website or blog. Insult has become the highest form of argument, and he wins the argument—or thinks he does—whose insults are the crudest.

The hearings to confirm or reject the nomination of Judge Kavanaugh to the United States Supreme Court have called forth a tsunami of bile, and both the judge and his accuser, Dr. Blasey Ford, have received death threats. No one can say, of course, how seriously they are meant, but even those sent in jest, pique, drunkenness, or a hundred other possible states of mind must worry their recipients. The world seems more plentifully supplied than ever it was with monomaniacs, willing to carry out extreme actions; and once you have been threatened, you cannot quickly or easily return to your pre-threat state of security.

In addition to our sensitivity to perceive insult where none was intended and our willingness to insult in the crudest possible way, we appear to live also in an era of emotional kitsch. Kitsch is one of those things that are easier to recognize than to define, but an inability to define a phenomenon doesn’t mean that it doesn’t exist. And there was a fine example of it during Judge Kavanaugh’s statement to the Senate, when he said that his 10-year-old daughter had prayed for his accuser, Dr. Blasey Ford. I had the kind of allergic reaction I had when my teachers sixty years ago caught their nail running down the blackboard. True or not, it was a blatant attempt to manipulate the emotions of the committee, or at least such of them as had not already made up their minds. It was in excruciatingly bad taste.

“Of all human qualities, self-esteem is one of the worst and most unpleasant.”

Soon afterwards I read an article in a British newspaper suggesting that men (that is to say, men in contrast to women) exercised a new virtue that the author called kindfulness, a word that caused me an immediate reaction such as the one I had experienced during Judge Kavanaugh’s statement. It was also similar to that I experience every time I pass the Oxfam store in my little town, which sells the cast-off belongings of people who imagine that they are saving African babies by giving them to Oxfam to sell rather than just throwing them away, and that has a poster in its window thanking me (and everyone else) for being Humankind. Not since my childhood have I felt so strong an urge to vandalism: A brick, a brick, my kingdom for a brick! Thank you for being Humankind indeed!

I will not burden readers with my opinions of Oxfam as an organization, which would risk me being accused of the very intemperance of language, with criticism of which I commenced this article.

I thought at first that kindfulness might be akin to kindliness, for an example a predisposition to help the blind across the road, or even a propensity to go in search for them to help across the world, but it turned out to be something quite different and altogether more nauseating. The article says:

The new kindness is about putting yourself first—being “kindful,” in the same way you would be “mindful” in your day-to-day life. Why? Because if you’re not kind to yourself, how will you ever be kind to others?

This unctuous drivel seems to be the outcome of a meeting of Ayn Rand with Uriah Heep.

What, the reader asks, does being kind to yourself involve? Here is the sickly flavor of it, like an overdose of Cherry Coca-Cola (of which, of course, there is no correct dose except none at all):

[F]or decades guys were told to “man up” and encouraged to repress their feelings…. It’s important to take a step back and recognise your value. Ask some people you respect to describe your best qualities. It’s good to be reminded of our strengths, and it helps to improve self-esteem.

This is an invitation for everyone to talk endlessly about himself and the trivial ups and downs of his emotional life. And could anything be more kitsch (or shallow) than to ask people to enumerate your good qualities so that you may preen yourself when you look in the mirror and tell yourself that you are, after all, a good person, notwithstanding all the bad things that you habitually do?

The kindfulness movement (there is, God help us, a movement to teach men to be more complacent about themselves) represents one more triumph of self-esteem over self-respect. The former gives rise to claims, the latter to obligations, and who, when it comes down to it, does not prefer rights to duties? One is effortless, the other effortful. That is why some people claim to be spiritual without being religious. They can have a nice, warm fuzzy feeling about the oneness of existence, or some such, without actually having to do anything as a consequence, such as get up on a certain day, however inconvenient it might be to them, and go to public worship.

Of all human qualities, self-esteem is one of the worst and most unpleasant. It is the quality that allows someone to say to a world expert on a subject that he has studied all his life and about which he knows all there is to be known, “Well, I have a different opinion from yours, and mine is equally valid”—equally valid, that is, because it is mine and everything connected with me is of inestimable value.

I look forward to the time when Professor Higgins in My Fair Lady sings Why can’t a man be more like a woman? It would be more kindful.