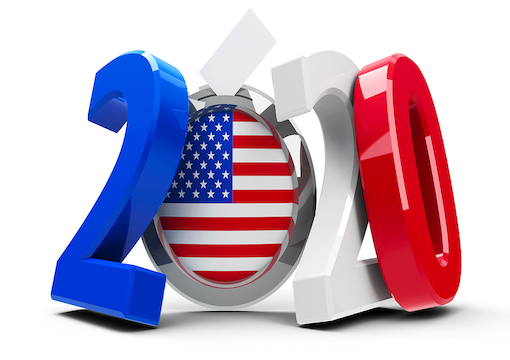 After Joe Biden’s blowout victory in South Carolina Saturday and the swift withdrawal of Tom Steyer, “Mayor Pete” Buttigieg and Sen. Amy Klobuchar, the decisive day of the race for the Democratic nomination, Super Tuesday, is at hand.

Fourteen states — including California and Texas and delegate-rich Colorado, North Carolina and Virginia — hold primaries today, where 40% of the delegates to the Democratic convention will be chosen.

Yet consider where the Democratic Party, the party of diversity, America’s “progressive” party, the all-inclusive party of persons of color, African Americans, Asians and Hispanics, the party of women and LGBT, will close out this day.

Of the 24 candidates who sought the nomination in 2019, all the black candidates such as Sens. Cory Booker and Kamala Harris and Gov. Deval Patrick, have been eliminated. The sole Asian American, Andrew Yang, is gone. The Hispanic candidate, Julian Castro, is long gone. Winning just 2% of the black vote in South Carolina, 38-year-old gay candidate Pete Buttigieg is gone.

After South Carolina, the last two women in the race, Elizabeth Warren and Klobuchar, were put under pressure from the Democratic establishment in its hair-on-fire panic. To do what?

These female senators were to sacrifice their hopes and dreams to advance the establishment’s plot to derail the nomination of the unapologetic progressive who has run the best and boldest campaign of this election year — Bernie Sanders.

Klobuchar packed it in Monday. Warren is barely hanging on. And where does that leave the party of diversity this first week in March?

With three potential nominees. All three are aging white men — Joe Biden, Bernie Sanders and Mike Bloomberg. All three, if nominated and elected, would soon celebrate their 80th birthday in the White House.

The establishment’s ultimatum: Everyone, get with the program of breaking Bernie and “Go with Joe!” or face retribution.

Of what is the establishment terrified?

“For Democrats, the fear is of the Harding-Coolidge Roaring ’20s revisited.”

That if Sanders is nominated, Donald Trump will crush him in November. And not only will the White House be lost, all hopes of winning the Senate and blocking Trump’s second-term Supreme Court nominees would also be lost.

And not only the Senate but Nancy Pelosi’s House could also be lost. And not only the House but hundreds of down-ballot candidates could also lose, leaving the GOP with the whip hand in redistricting congressional seats through the decade.

For Democrats, the fear is of the Harding-Coolidge Roaring ’20s revisited.

And if Trumpists rule the roost in the Republican Party and the populist-left of “Crazy Bernie” dominates the Democratic Party, what happens to the agenda of the establishment?

Today promises to a fateful one in the history of the Democratic Party, and it will answer many questions:

Will Sanders win enough delegates to give him an insurmountable lead for the nomination? Or will he have a good, but not a great, night, winning most of the states, but not a large enough pile of delegates to reach 50% before the convention in Milwaukee?

As for Mayor Mike Bloomberg, who was being urged to drop out and back Biden before he got the first returns on his $500 million investment in his campaign, what did he buy with that half billion? We shall find out today.

If his performance is disappointing, will he yield to the establishment and do what it demands to advance the killing of Sanders’ candidacy?

As for Biden, the questions are clear and crucial: Will the momentum from Saturday’s victory be sustained and replicated in Alabama and other Southern and border states where the African American share of the Democratic electorate is similar to South Carolina’s?

Will today provide the clarity the establishment and Biden want, and make this a Biden-Sanders race, with those two coming into the convention with large blocs of delegates but neither with a majority?

What the establishment wants is for the first ballot to end without a nominee — if that nominee would be Sanders — and the pledged delegates to be freed of their commitments, and for the superdelegates to vote on the second ballot, and for the party thus to be spared falling into the custody of an angry septuagenarian socialist.

For the Democratic establishment, the stakes could not be higher and thus that establishment, after Biden’s landslide in South Carolina, is not disguising its interests or demands: Sanders must be denied the nomination, and Biden is the only one who can accomplish that.

Biden might have won South Carolina without the endorsement of veteran African American Congressman Jim Clyburn. But it was Clyburn’s blessing that gave Biden his landslide.

And if Biden wins Alabama and other states today, the major factors of his victory will be his South Carolina landslide and his support from African Americans.

Should Biden win the nomination, still a long shot, he will be in deep political debt.

Look for Biden to put an African American woman on his ticket.