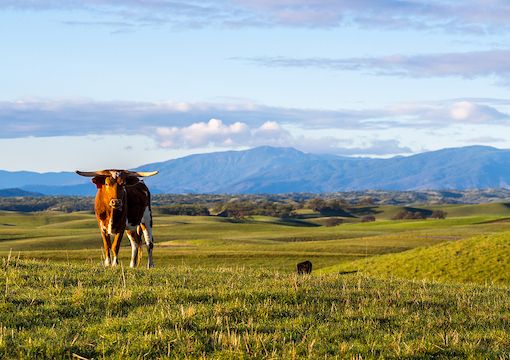 “If the rule you followed brought you to this, of what use was the rule?”
—Anton Chigurh, No Country for Old Men

Like it or not, fair or unfair, Trump is finished as president. And while most of the postmortems being conducted at the moment focus on Trump’s failures and poor decisions, I’d prefer to vivisect his base. To examine the “rules” they followed that brought them to this.

A modicum of introspection never hurt anyone.

Let’s begin in Chico, Northern California. Population: approximately 97,000. 82% white, 15% Hispanic, and just like the best kind of milk, its blacks are 2%. Chico city leaders consider their town politically “purple.” It sorta leans right, but don’t let that “82% white” thing fool you. There are a lot of aging hippies up there. More important, there’s Cal State Chico. And when you have college kids and professors, you’re gonna get left-wing dimwits; it just comes with the territory.

At the same time, though, Chico is home to a lot of meat-and-potatoes (accent on the meat) old-school “chop wood, shoot deer, and ride horses” GOP voters. Chico is a proudly “outdoorsy” town. Forests, trails, and the massive, 3,670-acre Bidwell Park—founded in 1905, one of the largest city parks in the nation.

Chico has more registered Democrats than Republicans (but not by too much), and a reputation for being California’s version of a “swing state.” Four years ago, the city went solidly for Trump. It wasn’t even close. In retaliation, the town’s leftists focused all their energy on the city council, winning enough seats to gain a solid majority. And then they went to work attacking the quality of life of the city’s residents. Public parks became homeless camps. As in, legally ordained. The days of letting your children play on the swings and slides were over; Harry the Hobo had commandeered the slide as his home and the sandbox as his toilet.

Most jarringly, the “progressives” handed Bidwell Park over to the schizos and druggies. The 115-year-old “crown jewel of Chico” became a hellish landscape of shanties and garbage.

The city-council progressives also instituted a free-needle program, to ensure that the city streets were littered not only with junkies, but sharp disease-ridden objects as well.

On Nov. 3, the people of Chico ousted the filthy progressives who’d made manure of their town. It was a blowout; the GOP handily retook the council.

At the same time, though, Chico went for Biden. There was no chicanery in Chico; no magic, no alchemy. No Democrat election fraud, no foreign vote-stealing machines. This is simply how the people voted, fair and square. Trump had them and he lost them. There was a local “red wave” that flowed right past the president without getting him even remotely wet.

So let’s stop talking about voter fraud for a moment, and analyze these actual votes from actual voters.

Steve Sailer describes political correctness as a “war on noticing.” Noticing is what the right does best. And that goes beyond political correctness; it translates to the voting booth as well. The right wins when it notices. Chico provides a perfect, blatantly obvious example of that. The people of Chico, whether right-leaning, left-leaning, or dead center, saw their beautiful woodsy town overrun with scum. They saw who was responsible: the Democrats. And the local GOP said, “We see what you see, and we agree that it’s bad. Elect us and we’ll fix it.”

“For far too many Trumpers, the past four years have been about worshiping a ‘Great Man’ instead of working to advance a good agenda.”

See how simple that was? As Kami Denlay, one of the victorious Chico conservatives, told The Sacramento Bee, “I think that during campaigning, we all kind of found that the issues that Chico is facing right now, they’re not partisan issues. They’re just general quality of life issues.”

As the Chico leftists were spending their time trying to befuddle, to gaslight, to tell the locals that the swarm of human detritus was actually a good thing—and besides, you’re white and privileged so you owe them your town as reparations, and who cares about “quality of life” anyway compared to social justice?—the GOP simply said, “We see this, we see that it’s bad, and we’ll change it.”

That was Trump in 2016, when he won Chico handily. “Illegals are swarming the country; I see it. Third World nations are not sending their best; I see it. They’re committing crimes; I’m acknowledging it. And I’ll stem that flow.”

Trump won in 2016 because he noticed what the left insists we must never notice.

But somewhere along the line, he lost the thread. And as a result he lost towns like Chico. He turned on supporters like Ann Coulter, who tried to keep him centered on what mattered, on why he was elected in the first place. Of course, by this point it’s painfully obvious that Trump was ill served by those around him. But let’s keep the focus on his superfans, because the guy was ill served by them, too. Instead of holding the “God king’s” feet to the fire on the issues he ran on, his activist base grew increasingly detached from reality and increasingly distracted by flights of fancy that distanced them from the core issues that had appealed to voters in 2016.

In fact, Trump’s loss has highlighted the worst aspects of his base. The opposite of “noticing” is “sleuthing.” Noticing is when you see what’s right in front of you. Noticing means you have no need to “go to the chalkboard” to diagram some complex theorem that no one else in the room can understand without your footnotes and parenthetical tangents. Noticing is saying, “I’m pointing out the obvious while the other guy is telling you to ignore what you know to be true.” Sleuthing, on the other hand, is all about saying, “What’s right in front of me is not enough. I wanna play superspy. I wanna let my imagination run wild in conspiratorial fantasyland. I wanna boost my self-esteem by pretending to see things you mere mortals cannot see.” I’m talking about QAnon, I’m talking about “Pizzagate,” I’m talking about the past four years of ridiculous theorizing about all the secret schemes Trump was hatching to “indict the swamp” and “lock everyone up.” How every supposed loss, every setback Trump suffered along the way was just him luring his foes into the briar patch to turn the tables on them in an elaborate sting.

“Trust the plan.” How’d that work out, sleuthers?

So certain were the sleuths in their sleuthing, they never felt the need to worry about Trump’s missteps, because they didn’t see them as missteps. They saw them as shrewd moves by a master 4D chess player.

That’s why Trump’s base failed him, just as he failed them.

And since Trump’s election loss, the sleuthing has gone into overdrive. “Trump secretly watermarked the ballots! Trump only pretended to lose to ferret out the Dems’ voter fraud! The indictments are coming! The arrests are coming! Trump has a plan!”

Jesus, it never ends. For far too many Trumpers, the past four years have been about worshiping a “Great Man” instead of working to advance a good agenda.

We don’t need sooper sleuths, and we don’t need “Great Men.” We need noticing, and we need effective men. To be clear, sleuthing harms the left as well, as evidenced by the Democrats’ hugely unsuccessful and convoluted Russiagate and Ukraine impeachment manias. But leftists have to rely on such things, because leftists can’t allow noticing. They’re forced to act with stealth and misdirection, because their agenda becomes hugely unpopular once it’s actually known.

Rightists have the benefit of not having to bamboozle or misdirect. Rightists succeed by talking straight about the problems that leftists deny (“There’s no rise in crime! Crime has no color! All immigrants are beneficial!”), and the problems they claim you deserve (“As a white you should suffer, because you were born racist and privileged”).

Again, look to Chico. Locally, Dems ran on a platform of “All those criminal transients and druggies are actually good for the community; you just can’t see it.” Conversely, Republicans told voters, “We see what you see; it stinks, and we’ll end it.” Trump, who won four years ago by running on “I see what you see; it stinks, and I’ll end it,” lost this time by running on a $500 billion “Platinum” welfare and reparations plan that had no relevance to most voters, an “I’m letting people out of jail” agenda that actively alienated many voters, and a “Hunter Biden corruption” thesis that, regardless of its veracity, was inaccessibly Byzantine.

If it’s any consolation, MAGAs, you’re not losing 2016 Donald Trump, the populist who embraced the concerns of working white Americans. You’re not losing that guy. You’re not losing the media’s “he’s so right-wing he’s worse than Hitler” boogeyman Trump. You’re losing a guy who was boisterous but generally ineffective, a panderer who allowed his agenda to be sabotaged by those closest to him. A guy who embraced traitors while denouncing those (like Coulter) who actually had his best interests—and the best interests of the nation—at heart.

We can afford to lose that guy. We just can’t afford to not replace him with something better.

And that’s another consolation: The GOP did exceptionally well locally, in city councils, statehouses, and congressional races.

Good. The right needs to downsize. It’s the ipecac that will force them to vomit up their fetid obsessions with sleuthing and “Great Man” worship.

The formula for rightist advocates, activists, and politicians from this point on is simple: Voters (specifically the ones most open to voting GOP) notice who is committing the crimes in their city. They notice who is rioting and looting. They don’t want the police to be defunded. They understand that the Third Worlding of America is bad. They see that they lose jobs to cheap immigrant labor. They see the lawlessness of “refugee” communities imported from halfway around the world.

Notice that shit too. Run on a platform of seeing what they see, and you can’t go wrong. Deny reality, pander to the criminals, terrorists, and rioters, and you will go wrong, guaranteed.

On COVID, stick to what voters know firsthand: the draconian lockdowns and the double standard by which BLM and Antifa terrorists are exempted. Don’t get distracted by wacky Chinese mad-scientist lab theories and bizarre “doctors in lab coats” publicity stunts. Address what voters see and experience for themselves.

Stay grounded. Put away the Sherlock Holmes cap; sleuthin’ time is over. Tear down the Trump poster and resist the urge to find a replacement Great Man.

Trump followed a bum rule, and it led him to this. His supporters need to man up and learn from it.

The Trump thing was fun, but it’s over. We can do better, and if we stay smart—and sane—we will.