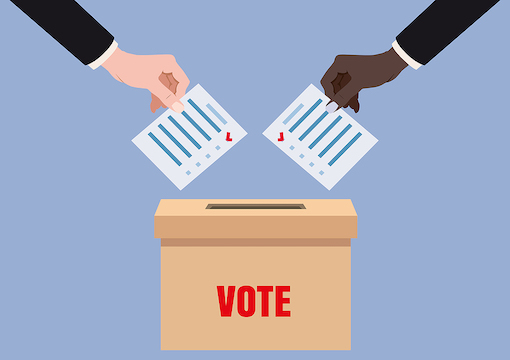 Why’s everybody so glum? Don’t you know the Durham Report is gonna drop any second now? Oh boy, I can’t wait to see Obama and Hitlery led off in cuffs! Yep, the indictments are being written as we speak. So hold tight; it’s coming!

That’s comforting, right? That’ll get you through the next few weeks. But deep down, we all know that this isn’t gonna have a satisfying conclusion. The difficulty of penning a requiem for this dream is that there’s no way at present to factor in the extent to which Democrat dirty tricks played a role in the outcome. The racketeers on the left don’t roll unless the dice are loaded; like a professional magician, they never allow for free choice and pure chance. We know there were dirty tricks somewhere in the mix. But we also know that Democrats can be defeated. Trump did it four years ago, even while playing against the house’s gaffed deck. So there are likely two balls in play here—Democrat tricks, and the fact that Trump simply didn’t pull in the numbers to overcome them.

Let’s examine the latter, beginning with just one sentence, spoken by Trump (to Biden) at the first debate:

And that’s what you call pissing on your base. There were only two defining issues of 2020. The “Ukraine phone call” that was the end of the world in January was long forgotten by spring. 2020 was about two things—COVID and crime (“crime” encompassing riots, police defunding, and general racial unrest). Trump couldn’t win on COVID, but luckily the crime thing was exactly what he needed to appeal to his white working-class base.

Except the people around Trump, and maybe Trump himself, didn’t want that base. So Trump made it clear in that first debate, to all those blue-collar whites who are unworthy in the eyes of Jared Kushner and the conservative establishment, that in a Trump Administration, a “superpredator” is nothing more than a misunderstood man of color whose unfair and racist imprisonment will swiftly end courtesy of the president’s pen.

“I’m letting black superpredators out of prison.” That’s the takeaway from that debate exchange. To whatever extent it won over “soft on crime” liberals (it didn’t), and to whatever extent it won over average American blacks (it did to a small extent), it alienated Trump’s base. Whites fled Team Trump in droves. The president increased his share of all other demographic groups—hell, even Jews—but he lost whites. A lot of whites.

Now, here’s where it gets funny. Having apparently lost the presidency, brokenhearted MAGAs are joining with mainstream conservatives (the kind who would’ve been quite happy in 2016 with Rubio or Jeb) to declare a victory “in spirit” because Trump won more blacks than his GOP predecessors.

“We won the important victory because we opened up the party to greater numbers of blacks.” That’s the talking point that at present unites the elitists who despise MAGA and the MAGAs who despise losing. For the latter, it’s a way to soothe the butthurt; for the former, it’s a way to ensure that we never again get another candidate who even hints that the concerns of white Americans matter.

“We won because we got a few more blacks while losing a shit-ton of whites.”

On Nov. 6, lil’ Ben Shapiro declared that the real losers of election 2020 were “the woke,” because Trump destroyed the notion that “demographics are destiny” by winning “an increased share of black and Hispanic voters.” Stephen L. Miller at The Spectator echoed Shapiro, claiming that Trump’s gains among blacks, Hispanics, and Muslims “threaten an entire coalition the Democrats have spent years, decades developing.”

See? We won. I saw a hundred hardcore MAGAs on Twitter making that exact same point last week. We won because we got a few more blacks while losing a shit-ton of whites. That’s a victory because it robs the DEMON-RATS of their monopoly over people of color!

Declaring that a slight increase in nonwhite voters at the expense of white ones equals a “moral victory” is a troubling response that does not bode well for the future. It validates the current mania that “nonwhite approval” is the be-all and end-all of any endeavor. Do blacks approve? Have we won their hearts? Then we’re happy, even in defeat.

If there’s an exact opposite of my colleague Steve’s “Sailer Strategy,” this is it. Winning in the sense of actually prevailing in an election is not as important as winning in a less literal sense because even though we lost, some black people liked us. This is an extreme example of a pathology I’ve examined in previous columns…how, in all things public and private sector, we’ve become obsessed with viewing everything through a lens of “But how do blacks feel about it?” In a nation of 331 million, everything must meet with the approval of an all-important 13% before it can be considered good and worthy. During the heyday of South African apartheid, whites comprised 15% of the population, and the world excoriated that nation for giving such a small demographic such disproportionate influence.

Back when the hit CBS TV show Nash Bridges was in production, the notoriously vainglorious Don Johnson insisted that whenever his titular detective was not on screen, the other characters had to be discussing him. “What would Nash think of this?” “I sure wish Nash were here to show us what to do.” None of the characters on the show could have a life that didn’t revolve around the wants, needs, thoughts, and input of the protagonist. Most important, any dilemma encountered by any character had to be solved by Nash. That was literally in Johnson’s contract.

Black Americans are our national Nash Bridges (and, funny enough, just like the TV series, the real-life scenario was greenlit by Jews). The acceptance of the notion that Trump “actually won” because his incessant pandering led to a small increase in black votes is exactly what will be used to stifle any even remotely populist Trump successors. You buy the premise, you buy the bit. And if you buy the premise that “winning” black acceptance is better than winning general elections, then you’ve bought into a belief system that will ensure that you’ll continue to win only symbolic victories and never the ones that matter, never the ones that allow you to improve anything other than your self-esteem (“Look how wonderfully not-racist I am! ’Twas a noble defeat”).

Personally, I think the situation is the exact opposite of how Miller presents it in his Spectator piece. Miller’s all like, “Ooh, the Democrats are pissing their pants because we proved we can peel off a few extra black votes.” Here’s my counter to that: I think the Democrats are anything but scared. I think they’re more than willing to trade a few black voters for all the white ones Trump ended up ignoring. In other words, the left will be quite happy to give the GOP a few token coloreds if, in exchange, the GOP agrees to neglect working-class whites. As long as the Republicans, and mainstream conservatives in general, continue to obsess over the idea that a true “win” is when you’ve made a black guy come over to your side, the Dems will be quite content. Because they know—with certainty—that the GOP will never peel away enough blacks to help themselves, but they’ll forsake enough whites to hurt themselves.

And yes, there is an aspect of this that’s zero sum. If you’re going to vigorously appeal to blue-collar and non-college-educated whites on issues like crime, racial preference policies, and welfare, you’ll lose some blacks. And if you’re going to campaign on “Platinum Plans” and “I’m letting superpredators out of jail now,” you’ll lose some whites. Trump and his parasitical and incompetent consigliere Kushner hoped that the black gains would offset the white losses.

Does it even matter at this point?

Trump caught a bad break when China birthed yet another zoonotic disease, this one more contagious than SARS and avian flu combined. But then he was gifted with a save when the death of a Minneapolis fentanyl fiend led to months of nonstop riots, violence, antiwhite sentiment, and—most important—calls to rob law-abiding citizens of their police protection. A retarded cowhand could have galloped that steed to victory. Thugs and terrorists, black and white, were sacking cities and invading residential neighborhoods as Democrats proudly stated, “We support the unrest and condemn the cops.”

A gift. An issue tailor-made for a politician whose base is working-class whites. In the words of William Hurt from A History of Violence, “How do you fuck that up?”

Well, you fuck it up by proudly proclaiming, “I’m letting people out of jail now.”

I’m not saying there wasn’t Democrat malfeasance at the polls. I’m just saying that it would be a lot easier to convince me of its impact had Trump not turned his gift horse into Alpo.

If there is anything positive to take away from those “Trump won nonwhite votes” stats, it’s this: He increased, rather than decreased, his Hispanic share without ever officially reversing himself on immigration. Sure, he was lethargic about following through with his border promises, but he never apologized, he never renounced, and the press never let up on the theme that he was a “kid-cager.”

GOPs who are concerned with the (warning: cliché coming) “path ahead” should take note that a tough-on-immigration stand does not cost Hispanic votes. Indeed, the fact is that even though Trump was routinely called a KKK Nazi, it cost him neither black nor Jewish votes. Now, granted, he obsequiously genuflected like Gunga Din to both of those groups. But again, the takeaway is that the media’s slurs are not a death sentence. This alone should convince GOPs that there’s no harm and only gain in remaining strong on issues like immigration, asylum, and law and order.

More likely, the next wave of Republican “rising stars” will present a black reparations “Rhodium Plan” that will make Trump’s craven pandering seem niggardly in comparison.

Because after all, what’s an electoral victory compared with the simple, pure, heartwarming joy of being able to tell a black person, “I care about you way more than the fate of my party, my community, or my country.”

Having redefined “victory,” the GOP is surely heading into a golden age of wins.

Just not the ones that matter.

(Still, some ground was gained in local races across the country; that’ll be the focus of Part II next week)