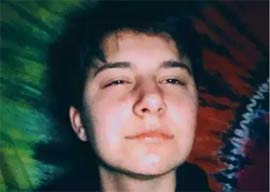 Why the hell are these mass shooters always straight white males?

Well, for starters, because they’re not. According to a study of mass shootings in the USA between 1982 and February 2019, 62 out of 110 shooters were white, which comprises 56% of the total. Since non-Hispanic whites accounted for nearly 80% of the public in 1982 and currently hover at about 63%, whites have consistently been underrepresented as mass shooters over the past 37 years.

I’ve previously written about a similar myth—that there are no black serial killers. In reality, blacks are overrepresented among the ranks of serial killers by anywhere from 200% to 400%, and that’s assuming that no one counts gang members as serial killers.

Why the myths, then? It’s almost as if some people harbor intense racial hatred for whites.

You may or may not have heard that last Tuesday, two teenage males shot up a school in Colorado that was located fewer than 10 miles away from the Littleton Massacre that occurred almost exactly 20 years ago. As the story goes, both were students at STEM Highlands Ranch and wore hoodies as they entered a classroom. One of them pulled a gun out of a guitar case and began firing. Three handguns were used, and police say they were likely stolen from one of the suspect’s parents, who had legally purchased and registered the firearms. According to Sheriff Tony Spurlock, the duo went “deep” into the school, firing at students inside classrooms, until they were attacked and impeded by two male students, one of whom was shot to death. Nine other students were injured, a few of them critically.

To the further credit of this school’s students, they walked out of a vigil intended to honor the incident’s sole fatality, 18-year-old Kendrick Castillo, when politicians tried to hijack the tragedy and make it all about gun control. They later returned after the politicians had fled and took over the podium, insisting that the real issue was mental health.

“To my knowledge, Maya ‘Alec’ McKinney is the first tranny accused of a school shooting, and for that I thank her in helping to make the world a more equal place.”

Phenotypically, both of the suspects appear to be white and male. But one appears to be gay or bisexual, while the other was born female, claims she has magically transformed into a male, and was born to an illegal alien Mexican papi with a criminal conviction and two deportations under his belt.

It seems that the reason you may not have heard of this story—and even if you have, you will probably never hear of it again—is that the alleged perps are politically inconvenient.

The possibly gay one is 18-year-old Devon Erickson, who calls himself “devonkillz” on SnapChat, once wrote, “I’m covered in ink and addicted to pain,” and changes his hair color as frequently as a menstruating woman changes tampons. In a 2015 Facebook post, he put a “celebrate pride” rainbow filter over his face. He was reportedly bullied by other students due to his diminutive stature and once wrote that he hates Christians because they hate gays:

You know what I hate? All these Christians who hate gays, yet in the bible, it says in Deuteronomy 17:12-13, if someone doesn’t do what their priest tells them to do, they are supposed to die. It has plenty of crazy stuff like that. But all they get out of it is ‘ewwwwww gays.’

An aspiring actor and musician, Erickson was a fan of Barack Obama and hated Donald Trump. He appeared in court last week wearing dark nail polish and streaks of purple throughout his long hair. Authorities say that after the shooting, they towed a car from Erickson’s house that had “FUCK SOCIETY” spray-painted on its side and a pentagram on its hood. Erickson has been charged with one count of first-degree murder and 29 counts of attempted first-degree murder.

The other suspect is 16-year-old Maya McKinney—hey, don’t shoot me for “deadnaming” the girl, because that’s still her legal name despite the fact that she now calls herself “Alec” and looks more masculine than her alleged accomplice does. As the law currently stands, even the Colorado justice system will be forced to commit the crime of deadnaming in all legal documents regarding McKinney.

On Twitter, McKinney had lamented how her mom disliked the “new Alec.” She also apparently had a bone to pick with other kids at the school, as evidenced by posts such as “FUCK stem kids i swear to fucking god” and “If you’re a Stem kid fuck off.”

If the shooters had visited Alt-Right websites or had ever posted anything positive about Donald Trump, it’s certain that this would be pegged as the cause for their violent rampage. There would be purges and book burnings. But since we’re dealing with a femme bi and a tranny, their supporters urged us not to blame the shooting on their sexual orientations. One friend of Erickson’s wrote on Instagram:

[Devon] did not do what he did because he’s liberal or to make a statement. He did it due to internal struggles. They’re both struggling with mental health issues and this is a time for awareness. Alec did not do this because he’s trans, but had people supported him in the way that he needed and deserved, he would not have struggled so much that he got pushed over the edge.

Despite the gay pride filters and the love for a Obama, a spokespeep for a group called Far Left Youth denied that Erickson was on their side:

To be clear, the #stemshooter wasn’t a leftist. One of our admins new him personally and knew that he had no love for socialism. What was done was evil and totally out of line with any leftist values.

Ah, if they were only so eager to withhold judgment when straight white males go on a shooting spree, maybe there would be hope for this society.

Of course, this wasn’t the first violent act by a transgender lunatic. Such types have become a Hollywood cliché in movies such as Silence of the Lambs and Psycho. In 2017, an Australian male-to-female tranny hacked up two people with an axe at a 7-11. And last year, a 26-year-old black male-to-female tranny was arrested for shooting and killing three people.

But to my knowledge, Maya “Alec” McKinney is the first tranny accused of a school shooting, and for that I thank her in helping to make the world a more equal place.