The Good News and Bad News From the West Coast 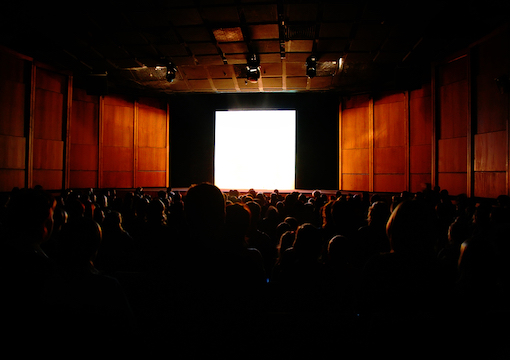 The good news is that we actually have flattened the curve. Even in New York City, few hospitals are overwhelmed, and in much of the country, such as California, the situation is better than epidemiologists were predicting only a month ago. For example, in Los Angeles County, home to 10 million people:

Roughly 1,059 people in L.A. County are hospitalized for COVID-19, the disease caused by the coronavirus. Of those, 18% are in intensive care and 15% of those patients are on ventilators.

About 0.0016 percent of the residents of L.A. County are on ventilators: not a huge number for an immense urban area that holds 3 percent of the country’s population. In general, California hospitals are rather empty at the moment.

(And keep in mind that whatever success California has achieved has been despite lagging shamefully behind most of the rest of the country in testing, which is widely seen as the silver bullet.)

Unfortunately, one of the reasons that we don’t have as much of a ventilator shortage as was expected is because ventilators aren’t working very well. The success rate of patients getting better on ventilators is depressingly low. This awareness has, in turn, relieved pressure on ICUs and hospitals in general.

The little-stated but widespread suspicion is that in the worst-impacted locales, such as northern Italy, much of the epidemic may have spread through the medical system. This appears to have encouraged most everybody to avoid hospitals like the plague. While this may have led to more people dying at home of potentially treatable non-coronavirus ailments, this fear of hospitals has appeared to pay off in a (so far) hamstrung epidemic.

I also have a theory that epidemiologists may have overestimated how rapidly the virus would multiply because the early spreaders, from whom they assumed their parameters, tended to be highly social people, such as celebrities, politicians, salesmen, skiers, and northern Italians—outgoing folks who do much more face-to-face networking than the rest of us.

While early advice emphasized the danger of touching surfaces on which cough droplets had landed, the preliminary finding of the ongoing study in hard-hit Heinsberg, Germany, emphasizes instead the threat from animated face-to-face conversation rather than from quiet shopping. The researchers point to a fun Carnival party on Feb. 15 at which Heinsberg residents dressed up in their traditional outfits and did their traditional dances as the local super-spreader event.

This pattern of the most sociable being the most at risk was particularly noticeable in Southern California. When I first looked at Los Angeles Times data by L.A. County neighborhood on April 1, a striking pattern stood out: The highest confirmed case rates were in affluent neighborhoods near the Hollywood Hills.

“In general, California hospitals are rather empty at the moment.”

One reason is because the rich had more access to coronavirus testing in March when it was in notoriously short supply. But the entertainment-industry neighborhoods on the Westside stood out above other well-to-do areas, such as the fitness-oriented beach towns and the more sedate upscale parts of the San Gabriel Valley.

Not surprisingly, entertainment people do a lot of entertaining. The people who make TV shows tend to have more active social lives than the rest of us who go home in the evening and watch their shows. They like to shake hands, hug, air-kiss, and pat each other on the back, up close and personal.

Normally, being invited to nice lunches and parties is a pleasant way to live. But being popular made them more likely to catch and pass on the new germ.

When I checked the new April 13 data, however, the growth rates of confirmed cases in the trendy parts of L.A. were fairly low. It turns out that trendy people have the time, money, and attention spans to follow the latest trends, such as social distancing. Now, every time I drive Laurel Canyon over the Hollywood Hills, the roads are remarkably empty.

This shows up in the latest data on confirmed cases. For example, Beverly Crest, which lies between Beverly Hills and Mulholland Drive, has grown only from 22 to 26 cases over the past 13 days.

The bad news is that in Chicano neighborhoods, where people don’t have the resources to drop everything and isolate, confirmed cases are growing rapidly. Van Nuys, for instance, is up from 17 to 86 cases since April 1.

Two important questions to predict the course of the pandemic are:

How much less social contact do the stick-in-the-mud masses tend to have than the hobnobbing elites who spread the virus around the world?

But how much can the rest of us slam on the brakes?

Consider what it will take to get one minor but well-known business running again: movie theaters.

On March 16, Los Angeles mayor Eric Garcetti ordered all movie theaters in the city shut, which was rather like the mayor of Amity in Jaws installing barbed wire and landmines on his beaches. Closing the cinemas of Hollywood signaled to the world that you really don’t want to go to the movies until this thing is over.

North American box office gross dropped from $90 million on the weekend of March 6–8 to $50 million on March 13–15 to a grand total of $3,920 the next weekend. The damage to local businesses that keep theaters stocked with popcorn and Junior Mints or shampoo their carpets is probably comparable.

You might assume that all we have to do to revive the movie-theater business is get the government to give the All Clear signal. Sadly, the example of Sweden, where the government hasn’t shut theaters, suggests that’s not true.

Sweden’s last reported box office weekend was March 20–22, with an overall gross of merely $18,446, down from over $2 million five weeks earlier.

Most movie-theater chains in Sweden have shut themselves down. But Svenska Bio, Sweden second-biggest chain, stayed open into April in support of the Swedish government’s laissez-faire stance. Yet they expect to shut down too in mid-April because there are very few new movies being released (what with all the theaters being closed).

For example, Marvel Studios traditionally uses the first weekend in May to launch the summer blockbuster season. (Last spring’s Avengers: Endgame earned a record $2.8 billion worldwide.) This year Marvel was planning to release Black Widow starring Scarlett Johansson on May 1. But with few theaters open anywhere on Earth, Marvel pushed its release date back to Nov. 6, 2020.

In turn, movie theaters won’t be as quick to reopen because they won’t have any big Marvel superhero movies to screen until November.

In effect, a veto over successfully reopening movie theaters is held by governments, theater owners, movie studios, and audiences. Without all four on board, there wouldn’t be much point.

Q. What will it take to restart the economy?

A. Consumer confidence that leaving the house to spend your hard-earned money won’t put you on a ventilator.

If current trends outside of New York hold up, that should naturally grow over time. But to hasten the process, we need data on what has been dangerous and what hasn’t. We simply don’t know enough yet about which kinds of activities are likely to spread the coronavirus and which aren’t.

What’s a bigger risk: touching things or talking to people? That’s a reasonable question, but at present, it’s hard to know what to think. So consumers will likely err on the side of caution until they get more trustworthy advice.

The most plausible way to obtain this needed knowledge of which economic activities are risky for customers and which are not is by data-mining the health records of employees in different occupations. Presumably, the fate of employees who put in eight-hour shifts are informative about the risks to customers.

For example, how threatening are various kinds of shared transportation, such as subways or airliners?

As of April 8, two of American Airlines’ 28,000 flight attendants were said to have died of COVID-19.

Is two a big number? By way of comparison, at least 59 of the 71,000 employees of New York’s Metropolitan Transportation Authority, which runs subways, buses, and commuter rails, have died of coronavirus as of April 14.

But what few numbers we have at present on occupational risks come from unions, which don’t represent most workers.

What we need are data on the risks of infection by employers, which we could get from data-mining vast medical databases like Kaiser-Permanente’s. If we could tell which jobs are risky and which are not, we could reopen the latter soon while making the former wait for better protective gear and better safety practices.

For researchers to sift through Kaiser-Permanente’s voluminous medical records on its 12 million clients would perhaps violate the letter of the law about patient privacy. But academics like Harvard economist Raj Chetty have demonstrated in recent years that clever schemes to anonymize tax-return data can pass legal muster. We need our experts on evading privacy laws to step up and contribute.

My guess is that to reboot low-priority spending like going to the movies, we will need reliable masks. To provide everyone in America with a fresh N95 mask every day would require 10 billion masks per month. I’m not aware that anybody in a position of power has been thinking about that very large number.

On the other hand, spending even $100 billion over the next 12 months on masks sounds cheaper than letting most of the businesses in America go broke.