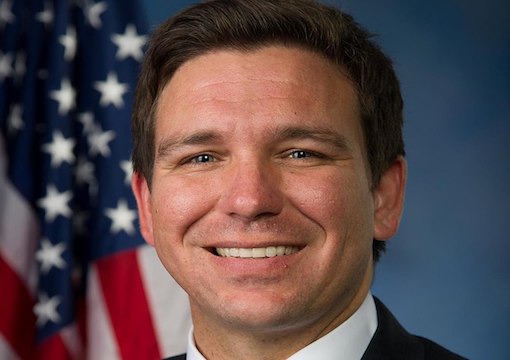 My cousin Francis and I are in perfect accord–he wants Milan, and so do I.
—Charles V (d. 1558), Holy Roman Emperor

As attention turns to the future presidential election in 2024, it might be time for conservatives to think along radical lines if only to come to terms with the fact that, as things stand, it no longer matters who is president. By deliberate design, the presidency means nothing while the executive branch is everything. Should the candidate be a Trump, that candidate’s hands will be tied behind his back; if cut from the cloth of Biden, it is more sock-puppet imbecility. If the candidate is a combination of Reagan, Theodore Roosevelt, Eisenhower, James Madison, Russell Kirk, Churchill, and Edmund Burke fused into one philosopher-king, it still will not matter. The governance of our grand experiment has been reduced to a faceless shadow executive utterly without accountability; that body’s feckless annex and amen corner called “Congress”; and a medieval guild that makes up our Supreme Court, in whose pasty hands the liberty of an entire nation is subjected to degrees of benevolent-to-diabolical ideological whim.

This must be kept in mind as supremo candidate-of-choice Gov. Ron DeSantis of Florida is viewed as the white knight of the Republican Party for 2024. Some conservative caution is in order here. Things are at a point where it is far more important that he remain governor of Florida than to be elected president of the United States, as he is far more powerful as governor than he ultimately could ever be as president. In an American utopia, the governor’s likeness would be multiplied in state capitals across the country, and the occasional mutant Newsom- or Cuomo-tard would find himself all the more exposed, embarrassed, and subject to more direct, popular wrath than ever. By contrast, in the America we are currently left to live with, Mr. DeSantis’ presidency would be thwarted, Trump-like, at every turn by a Washington that just does not deserve him. While the governor is a far more seasoned and nuanced political player than Mr. Trump, the deep-staters, their liberal useful idiots, and their allied milquetoast Republicans all secretly despise the highly educated and effective Mr. DeSantis much more than they do the former president. Most of all, it is only because of his independently powerful leadership as governor—far more than any influential congressional conservative—that Washington is reminded to stay in its place. And Washington, Mr. DeSantis knows, has no intention of staying in its “place.”

“This country will fail unless individual states produce dynamic leaders who assert themselves as independently as possible.”

The idea of the individual states of this country having superior status to the federal government was the traditional Anti-Federalist position. Sadly for our educated public, the names George Clinton, George Mason, Elbridge Gerry, and Patrick Henry—as well as the pen names of “Cato,” “Agrippa,” and “Centinel,” who anonymously wrote their prescient essays in such papers as The New York Journal and The Independent Gazetteer of Philadelphia—have slipped down the rabbit hole of national memory. These thinkers were never against a federal constitution per se, but against the expansive building blocks of provisions delegating powers to the national government (and it was they who insisted upon a Bill of Rights). Following ratification of the Constitution, their movement did not disappear but was gradually transformed into a kind of loyal opposition. The “Madison Synthesis” attempted to recast old Federalist responses to the Constitution in terms of the central role of state legislatures as public forums; President Martin Van Buren (1837–1842) became the champion for what he called the “Anti-Federalist mind.”

But there was a significant inherent limitation in this way of thinking. The Anti-Federalist outlook envisioned a smaller republic based on the belief that republican government was suitable to a relatively small territory and a mostly homogeneous population. James Winthrop of Massachusetts expressed a common view when he said that “the idea of an uncompounded republic on an average of one thousand miles in length and eight hundred in breadth and containing six million inhabitants all reduced to the same standard of morals, of habits and of laws, is an absurdity and contrary to the whole experience of mankind.” The name of Montesquieu carried great weight with these thinkers, and the eloquent French philosophe taught that republican governments were appropriate for limited territories only. In effect, the Anti-Federalist model befitted the likes of Switzerland, not a future world hegemon.

Thus we arrive at an overcentralized, delusionally reckless federal government that could not care less about the country’s national security; that sees in its citizens conspiratorial enemies of the state; and that appears to be steering itself straight into total globalist surrender, now but a few years off. This situation can only be circumvented by the sinewy self-stewardship of excellent governors. Indeed, the Renaissance city-republics offer great lessons in the art of strategic maneuvering, and Governor DeSantis has something of this statecraft magic coursing in him, a quality desperately needed nationwide. The Dukes of Milan come to mind in considering the Florida governor’s success, an achievement incessantly pestered by the Beltway bogeyman looming like a salivating Holy Roman Emperor over a plump principality.

The Duchy of Milan, one of the five major centers of power in 15th-century history, was marked by assassinations, usurpations, and several restorations. The tumult notwithstanding, its leaders created one of Italy’s largest and most prosperous realms despite being subjected to relentless external intrigue (in addition to authoring many of their own).

There isn’t the space here to detail the intricacies of shrewd Lombardian polity, but just a few points are pertinent to the theme of this essay. The great epic of Milan’s noble rulers—the Visconti (1277–1447) and Sforza (1450–1535) families—is the story of how a naturally rich, entrepreneurially advanced, and critically located region grew into a modern (for its time) meritocracy that for centuries was sandwiched between papacy and empire, between city-states and elusive alliances, yet forged a regional identity and independent level of success that exist to this day. To take the example of one of the best known of these dukes, Francesco Sforza put productivity ahead of privilege, nobility, and nepotism, and as a result of this foresight the greatest expansion of industry, of navigation, of irrigation, and of Lombardy’s famous banking networks developed in that state. He reduced the centralized power of the old nobility and the church, and sought support from a flourishing middle class; he was also the first European ruler to follow a foreign policy based on the concept of the balance of power. Of this Lombardian tradition and legacy the historian Douglas Dowd wrote in his 1961 study The Economic Expansion of Lombardy 1300–1500, “The heights reached by the dukes were the result of a great human effort of patience, ingenuity, and alertness to market possibilities.”

It is fascinating history, one that has nothing to do with a modern constitutional republic born out of the Anglo-Saxon/Scottish Enlightenment. Yet it is one that may have everything to teach a malfunctioning constitutional republic that is subverting its own enlightened self-governing foundations. This country will fail unless individual states produce dynamic leaders who assert themselves as independently as possible, loyal to national identity but refusing subservience to Washington—to shadow governments, renegade neocons, ethereal congresspersons, and woke flights of federal judiciary fancy. Whether 500 or five years ago, the continued existence of an imperial power depends upon the lifeblood of dynamic states, and upon destroying those states once that life has been drained out of them.

It cannot be stated enough: Governor DeSantis is more powerful as governor of Florida than he would be as president. The political activism of conservatives should be directed more aggressively toward securing great governors than worrying about an office that has effectively ceased to exist.