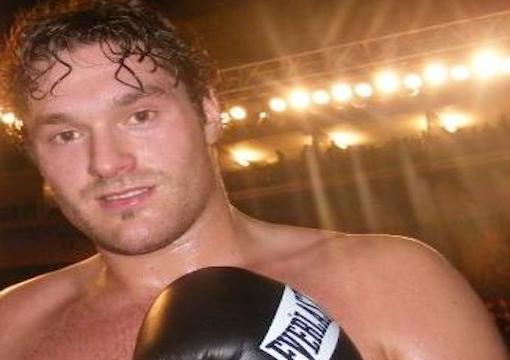 Can a white man box a black man without making everything racial? Absolutely. It’s the black boxers who can’t seem to help themselves.

On Saturday night in Las Vegas, two undefeated heavyweight boxers had a rematch to settle a controversial draw from the first time they met late in 2018.

Deontay Leshun Wilder was born in Tuscaloosa, AL and is widely considered to be the hardest puncher in boxing history. He boasts a murderous swinging overhead right punch he calls the “Alabama Slamma” that knocked out the first 39 men he faced. Wilder has openly stated that one day he hopes to punch someone so hard that he kills them.

Wilder won the bronze medal in the 2008 Olympics and at the moment stands as the last American boxer to win any kind of Olympic medal. He chose the nickname the “Bronze Bomber” in honor of Joe Louis, AKA the “Brown Bomber,” who was so named because of his skin color and the fact that he was only the second black man in American history to become heavyweight champion.

Over 100 years ago, Jack Johnson was the first black heavyweight champion. This, combined with the fact that his wife was white during a time when white people had a sense of collective identity, led to a desperate search for a “Great White Hope” who would beat Johnson. Over the years, this search seemed to get more and more difficult.

Deontay Wilder started boxing at age 19 to help his first daughter, who was born with spina bifida. He made the decision while in the midst of a deep depression that had him contemplating suicide via gunshot. He diligently worked his way up the ranks to become the first American heavyweight champion in almost a decade.

But Wilder is still virtually unknown in the USA, possibly due to a near-total lack of charisma and a sour, brooding attitude. He also has trouble pronouncing basic words—i.e., “rememorable” for “memorable” and “advrosity” for “adversity”—and oozes the sort of ghetto hostility that suggests to many would-be fans that he’s that kind of black person.

“Deontay Wilder has no trouble identifying as black. It’s almost as if he can’t help it.”

Whereas black American boxers used to dominate the sport, it is now ruled by Europeans both black and white. And Tyson Fury—who grew up in Manchester but identifies as an Irish Traveller and refers to himself as the “Gypsy King,” a title bestowed upon the best bareknuckle boxer out of all the Irish Travellers—has taunted Wilder for the fact that even his own home country doesn’t love him, whereas Fury is a national hero in England. Taunting people about their nationality is as “ethnic” as Tyson Fury will allow himself to get.

The son of another Irish Gypsy boxer who once did prison time for gouging a man’s eyes out, Tyson Fury was born prematurely and weighed only one pound at birth. His father named him “Tyson” after Mike Tyson, his favorite boxer. Tyson Fury fought himself all the way from one pound to the 6’9”, 273-pound behemoth who weighed in for the fight on Friday.

As with Wilder, Fury’s saga involves a redemption arc. He won the heavyweight title in 2015 from Vladimir Klitschko, a white Ukrainian who, along with his brother Vitali, dominated heavyweight boxing from around 2000 to 2015. Fury quickly went into a personal tailspin that involved cocaine, alcohol, infidelity, and wanton gluttony that saw him tip the scales at nearly 400 pounds. He had constant thoughts of suicide until, like Wilder, he decided it would be unfair to his kids.

Fury sort of identifies as white, but with a special exception—his “people” have historically been abused by Irish and English whites:

In other words, he gets to claim an ethnic identity, but only with the understanding that the identity at least involves some kind of abuse at the hands of other evil whites.

Wilder, though, has no trouble identifying as black. It’s almost as if he can’t help it.

In the lead-up to their first fight in 2018, Fury made some comment about how Irish Gypsies had faced discrimination for 200 years. Wilder’s response was that his people had suffered for 400 years. When a black reporter subsequently asked Wilder what he’d meant by that, Wilder became visibly unhinged and barked at the reporter for not acknowledging that blacks were HIS people, too. Despite an estimated net worth of at least $30 million, Wilder sneeringly insisted that America’s oppression of blacks continued into the current day.

In case you were unaware, this is how the deck is currently stacked:

If you’re a black person and don’t openly proclaim your proud black identity, black people will bark at you.

If you’re a white person who does nothing more assertive than to shrug and say you don’t have a problem with being white, white people will bark at you.

Last week during a press conference when a black reporter asked Wilder if he hoped to send a message for Black History Month by beating Fury, Wilder swallowed the bait like a greasy bucket of hot wings:

I’m just looking forward to February 22. It’s a great moment in time for me. So many different events are happening, and of course we know it’s Black History Month as well, so I’m looking forward to providing my service to my greatness on black history month and like I said, making Tyson Fury a black history trivia question. When I knock the Gypsy Queen out, they gonna have [an answer to] a Black History trivia question.

For his part, Fury refused to make it racial:

I’m not really into all this racial thing about a black man versus a white man on Black History Month. I refuse to go into any sort of thing about it. We are two human beings, two heavyweights on top of our game. This is not a racial war.

He doubled down on this position when asked later by another black reporter:

We’re all human beings. It doesn’t matter if you’re black, white, pink or green. We share the same blood. We are humans. This fight isn’t a racial war between blacks and whites. This is a fight between the two most high-performance heavyweights on the planet going toe to toe. There’s nothing racial about this fight.

Apparently Wilder didn’t get the memo. As part of his ring entrance on Saturday night, Wilder was led by a dreadlocked rapper as they walked past a series of murals depicting black icons and the rapper spat out lyrics from his song “Black Habits”:

When Muhammad Ali—the first heavyweight champ to make a point of being black—fought Joe Frazier the first time, everyone in my Irish-Catholic neighborhood supported Frazier, because even though he was coal-black, at least he wasn’t a Muslim who hated America. Joe Frazier was the “whitest” option we had.

It wasn’t until I was in my twenties when a white guy—South Africa’s Gerrie Coetzee—briefly held one of the four main heavyweight belts. It was another decade until a white boxer named Tommy Morrison held one of the belts, if only for four months until he went to prison and eventually died of AIDS.

Tyson Fury entered the ring on Saturday night fully aware that despite his ample charisma and boxing talent, he would be denied a career merely if he made a point of being white. He was also likely aware that if he dared to note all the fuss that Deontay Wilder made about being black, it would be Fury rather than Wilder who’d be called a racist.

I wasn’t this excited about a media event since I went to a Donald Trump rally in early 2016—so excited, I shelled out the $80 just to watch the fight live on my computer.

Fury thrashed the unbeaten Wilder so severely that Wilder’s corner threw in the towel midway through the seventh round. It appeared that a crushing right hand to Wilder’s left ear in the third round shattered his eardrum. That ear bled profusely throughout the rest of the fight, with Wilder seeming dazed, frightened, and off-balance.

If Wilder had won and black people started rejoicing and twerking and high-fiving and aww-yeahing all across the world, I would have understood it as a perfectly understandable display of their tribal instincts.

For the same reason, I don’t feel the merest bit of guilt about being glad that the white guy won.