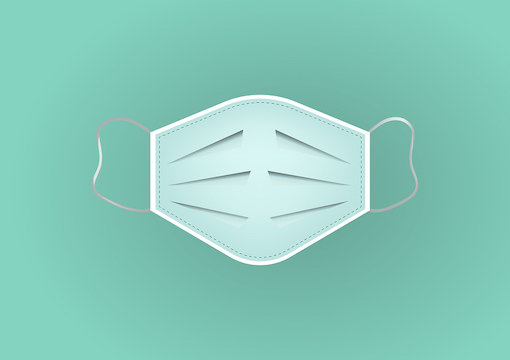 Conservative nationalists in the U.S. are knuckleheadedly booting away their most persuasive case yet for rebuilding America’s industrial base: the shameful tale of how the Chinese were allowed to hoard almost all the facemasks.

As many on the right have already forgotten, in one of the more bizarre “We have always been at war with Eastasia” moments, just two months ago the national media were promoting the health establishment’s crusade against civilians wearing facemasks. But that hilarious history is rapidly being memoryholed, ironically aided by rightists worried that wearing masks as they go about their business would make them look beta.

One of the first academics to speak up against the anti-maskist orthodoxy of March was Zeynep Tufekci of the U. of North Carolina. In response to an anonymous tweet this week pointing out

The way mask usage morphed from “masks don’t work” to “you’re a selfish prick if you don’t have one” is really incredible. Any trace of how much pro-mask usage was an outlier position in the early phases of the crisis is eroding.

When I wrote my “masks work” op-ed on March 17 for the ‘New York Times,’ I honestly thought I was likely ending my career as a public writer…. Why didn’t we listen to the medical experts in Asia? Why was it so hard to communicate that masks are a public good (they protect others and collectively protect all of us) in a pandemic for a respiratory disease? And how did we move so fast to scolding, forgetting what happened?

Back in March, the evidence was already abundant that East Asian countries such as Taiwan, where the public had long practiced mask-wearing to slow the spread of the respiratory diseases that frequently sweep through them, were handily beating this new pandemic without the need for economy-crushing lockdowns. The Oriental world is immensely dense in population, so the locals have long had a custom of patriotically wearing disposable facemasks during cold and flu season to lessen the chances of spreading the germ to others.

A recent study out of Hong Kong summarizes what was already clear in March:

The data comparison shows a near perfect correlation between early universal masking and successful suppression of daily COVID-19 case growth rates and/or the rates of reduction from peak daily case growth. In contrast, regions that did not implement early adoption of universal masking have instead needed to maintain a strict societal lockdown, with the attendant huge economic and social costs.

And yet the American prestige press before their sudden flip-flop in April was virtually unanimous in propagandizing:

—You can’t have masks because doctors must have them.

—What? Well…okay, I guess masks work for doctors… But that’s because they studied Maskology for years at med school.

—You are too stupid to wear a mask properly.

—You get this respiratory infection not through breathing but through touching things, so wash your hands 100 times per day.

—This disease is not spread through the air. Do you even know what the word “respiratory” means?

—What? You want to wear a mask to keep from spreading your germs to other citizens? Huh? I don’t get it. I’m confused. Why are you so stupid?

“In a crisis, the reassuring nostrums of globalization can suddenly evaporate.”

A few members of the Establishment back then were, I hope, lying. Due to the Chinese state confiscating supply chains and ethnic Chinese shipping masks in the West back to the homeland, there were so few disposable masks, especially highly effective N95 respirators, available for purchase by Americans that hospitals were having terrible difficulty sourcing personal protective equipment. Perhaps some authority figures understood the reality and thus intentionally misled the American public to preserve crucial facemasks for healthcare workers.

But there isn’t much evidence of Machiavellianism on this subject among U.S. elites. Instead, our public health experts were long bigoted against masks (until their sudden Road to Damascus conversion in April). For example, they pooh-poohed masks during earlier epidemics, just like they said that limitations on international travel couldn’t possibly ever work, and that the real danger from disease is bias and stigma.

Within the 21st century’s anti-borders zeitgeist in the West, these kind of prejudices just sounded right to ambitious careerists. It’s reminiscent of how Janet Napolitano was rewarded with becoming Secretary of the Interior and head of the University of California for saying, “Show me a 50-foot [border] wall, and I’ll show you a 51-foot ladder.” (If you are trying to picture exactly how an illegal alien would manipulate a 51-foot ladder, well, note that Ms. Napolitano majored in political science, not mechanical engineering.)

In reality, human well-being depends upon negotiating borders. There are inevitable trade-offs between the advantages of openness and enclosure. You have to draw lines somewhere, and it’s important to get them more or less right. Facemasks are one kind of protective boundary, and ordering the public to leave their jobs and huddle in their homes because your globalist ideology meant America wouldn’t have enough masks is another kind of boundary. Which one is less ruinously expensive?

Not surprisingly, those who feel they would benefit from certain borders for reasons they’d prefer not to disclose try to sacralize the kind of openness they like and demonize the kind of boundaries they don’t like. Thus, for instance, the denizens of the gated community of the Malibu Colony try to shame regular American citizens who want to protect their national border the way Malibuites protect their enclave, which is unthinkable because it would force Malibu celebrities to pay their illegal-immigrant maids from Compton more.

It turns out that so many of the fashionable thinkpieces of the past three decades about how nationalism was obsolete and globalism was replacing it were exploded in a few weeks of stress over, of all things, N95 facemasks that used to sell for 99 cents at Home Depot.

All over the world, national governments, most notably the main producer, China, seized the supply chains for masks that were on their own turf. Further, Chinese in naive Western countries scoured stores and wholesalers, buying up masks to ship home. The Sydney Morning Herald reported in April about Chinese in Australia stripping the country bare of masks:

Between January 24 and February 29, the [inbound] National Customs in China inspected and released 2.46 billion pieces of epidemic prevention and control materials, including 2.02 billion masks and 25.38 million items of protective clothing…. The call for masks to send to China came as bushfires still ravaged eastern Australia and such masks were in demand by locals struggling with smoke and air pollution.

I never understood how globalism was supposed to supplant nationalism in the real world because global institutions don’t have many guns. As Stalin cynically asked about a globalist rival of his: “How many divisions does the Pope have?”

As we’ve been seeing in recent months, the world ultimately is still organized into territorial states.

What comes after the globalist fever dream?

One simple way to prop up industries that your nation might need in a catastrophe is to include subsidies in the defense budget, as the French did with masks until (to their regret) recently. Especially under Charles de Gaulle and his successors, the French state was notoriously ornery about protecting the material basis of its sovereignty. De Gaulle was perhaps the West’s most successful conservative nationalist in the second half of the 20th century, but he gets little credit in the English-speaking world because he was particularly concerned about protecting French autonomy from the “Anglo-Saxon powers.”

Therefore, France subsidized a sizable defense industry, under which it came to include mask-making. The New York Times reported this week:

In the aftermath of the SARS pandemic in Asia in 2003, French officials analyzed the risks in a series of reports and built up a national stockpile of masks and other protective equipment manufactured by domestic suppliers—in keeping with a Gaullist tradition of maintaining a strong domestic defense industry that also exports Rafale fighter jets, submarines, minesweepers and frigates to the world.

But the logic of globalization eventually seduced even French technocrats: After all, the Chinese make stuff real cheap. And besides, what’s the worst that could happen? If anything scary were to ensue, you could just log on to Alibaba.com and the Chinese would air-ship you 100 million units next week, right?

Thus, the last French mask manufacturer was allowed to go out of business two years ago and the national stockpile of masks declined from 1.7 billion in 2009 to 150 million early this year.

In a crisis, however, the reassuring nostrums of globalization can suddenly evaporate. Instead power turns out to be in the hands of whoever controls territory and employs armed men to police it—just like those outmoded nationalists have been saying since roughly Joan of Arc.