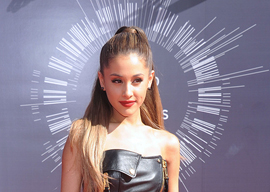 The case of Ariana Grande and the bishop who was a little too familiar with her reminded me of my adolescence. In those far-off days, when even vulgarity was more genteel than it is now, my companions and I learned how to turn even the most innocuous of statements into something salacious by the mere addition of seven words in parenthetical conclusion: “as the actress said to the bishop.”

This proved, if proof were needed, that salacity was, and is, in the ear of the interlocutor. “One and one make two—as the actress said to the bishop,” or “It’s a fine day today—as the actress said to the bishop” caused us fits of giggles, though we hardly knew exactly what the actress did with the bishop, or even whether it was the other way round, that is to say, what the bishop did with the actress. The life of man being but three score year and ten (in which case I have but one and a bit to go), I have not followed the case as closely as I might have done, but the last time I looked, Ariana Grande herself had not made any complaint against the bishop. Rather, it was her fans who had done so.

This is indeed rather odd. After all, Ariana Grande is not exactly the soul of discretion when it comes to public sexual display, but rather had made a career (and a fortune) from a kind of lascivious vulgarity both in word and gesture. If it were not for this, it is unlikely that she would have had any fans in the first place.

I am no expert on Ariana Grande’s career, and indeed had never heard of her before the bomb went off in the Manchester arena during her performance there (“concert” seems rather too refined a word for her activities) and killed 22 people, including children. Of course, I couldn’t say so at the time, but when I looked her up on the internet I saw at once that her act was not one that was suitable for children as young as 8 years old to witness, and that there must be something very wrong with a culture in which parents thought that it was. I could not say this at the time, of course, because of the horror of the attack itself, from whose evil I did not in the least want to detract. I did not want to give the impression that the parents were in any way responsible; and yet it seemed to me then that actively to connive in filling 8-year-old children’s minds with such vulgar rubbish was nevertheless a dereliction of parental duty. It is scarcely a wonder that so many British girls appear by the age of 12 to look as if their ambition in life is to be a cheap street prostitute.

“We are really very peculiar, a strange mixture of Petronius’ Rome and Calvin’s Geneva.”

Needless to say (or at least I hope it is needless to say), none of this would or does justify any assault, physical or sexual, upon Ariana Grande. It is no defense against a charge of such assault that she has traded in public as a person of the easiest virtue, whether or not she is so in reality (if celebrities such as she have a reality). She is entitled to the same protections as everyone else.

All the same, prudence is a virtue and indeed used to be considered one of the cardinal virtues. Evidently, it is no longer; we have become so individualistic that we claim the right to behave any way we like without any consequences for ourselves. A man may tattoo Fuck off on his forehead and then claim to have been discriminated against when he is refused a job serving the public.

Let us consider the matter of prudence in some matter less contentious than that of sexual assault such as was allegedly made by the bishop on Ariana Grande, for which he offered a soapy and not altogether coherent apology, the matter in question being burglary.

Again, it goes without saying, I trust, that no one has the right to break into someone else’s house and steal his belongings. But the lamentable fact is that many burglaries are opportunistic; a dishonest person being inclined to steal notices that a door or window is open and takes the opportunity without having set out to burgle. (In Paris during the recent exceptionally hot weather, burglaries increased greatly in number because of windows left open.)

In the abstract, I have a perfect right to leave my door and windows open, and a theft from my house in these circumstances is no less a theft because I have done so. But surely no one would deny that, in an area known to have criminals, as most areas are known to have, I had not been imprudent in doing so. This does not excuse the thief; but just because it did not excuse the thief, no one would recommend that everyone leave his windows and doors open when leaving the house.

The Ariana Grande and bishop affair exposes (as the actress said to the bishop) one of the most curious, and in my opinion very unattractive, aspects of our modern culture, namely its dialectic, or at least incessant pendulum swing, between the most lascivious licentiousness on the one hand, and the most vengeful censorious puritanism on the other. We take 8-year-old children to see Ariana Grande on the one hand, and are appalled at the faintest whiff of pedophilia on the other. We sexualize female children as early as possible, and then recoil with horror like Victorians (or rather like the Victorians as we imagine them to have been) when someone calls a female on the stage an actress rather than an actor. We are really very peculiar, a strange mixture of Petronius’ Rome and Calvin’s Geneva.

No doubt the dissolution of the distinction between the public and the private sphere has played its part in this unpleasant evolution. Speaking personally, I long for a world in which it is still possible to be a secret and private hypocrite, so much more interesting than all this vulgar openness.