The Infantilization of America 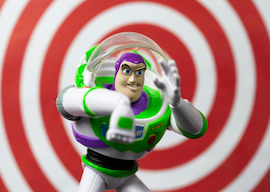 America has always been for the young. However, in the past half century, America has become even younger. We’re becoming a country of children.

This is clear in the realm of politics, where rhetoric is increasingly delivered by the infantile for the infantile. Our political elite have perverted the remarks of Jesus when he said, “Except ye be converted, and become as little children, ye shall not enter into the kingdom of heaven.”

To enter our political kingdom one must become a child.

Politicians probably find it easier to govern an electorate of babbling, pliable children. It is no coincidence that Democrats are now pushing to let 16-year-olds vote. How much longer until we see articles in The Atlantic or on Vox saying that adulthood is a social construct? Not much longer, since they are already here. It’s anyone’s guess where age-of-consent laws are headed now that The Atlantic says, “Adulthood is a social construct. For that matter, so is childhood.”

You see the infantilization of the American people most acutely when they talk about guns. The media, and its subsidiary department the Democratic Party, have used the latest wave of mass shootings to call for the government to take the guns away. There are no brakes in leftism. If America were to ban private handguns, as they’ve done in Britain since the late ’90s, it would likely follow Britain in multiplying the number of acid attacks and knife crimes to be endured.

“The Democratic Party’s vision of the American future is a kind of permissive classroom.”

In the twelve months ending in March 2019, there were 43,516 knife-crime offenses in England and Wales. To combat this trend the British have created propaganda campaigns about reducing “access to knives.” Children are recruited, as they are in America, to deliver the message. Britain has become so childish that they can’t even be trusted with sharp objects. The lesson is that as we choose to become the children to this paternal state, the state is sooner or later going to take our “dangerous toys” away from us.

The Democratic Party’s vision of the American future is a kind of permissive classroom, no doubt appealing to its base of spoiled children. It is not a place where real work will ever get done. Democrats tell their voters there is nothing they cannot have, and that if they complain and demand loud enough the stingy, bad parent (the Republicans, the rich, Old White People©) will be forced to give them treats. They are led to believe that anyone who does not give them what they want freely (free health care, free college, reparations, housing, jobs) is doing so out of malice.

This jejune political rhetoric is mirrored on social media in the left’s call for people to be deplatformed. Censorship is the demand for teacher to restore order in the classroom and punish the disagreeable pupils. Unanimous agreement on all the big questions is a precondition for playing in the same nursery. It should not be surprising that one of the Democrats’ leading presidential candidates, Elizabeth Warren, is considered the ultimate schoolteacher. (Barack Obama was famously professorial. Recall as well Obama’s use of the phrase “a teachable moment” in 2009.)

Going beyond politics, the infantilization of America is unmistakable by the success of Disney. As a film company, they’re on a hot streak almost unparalleled in Hollywood history. Within any given year they drop new releases in Star Wars, Marvel superheroes, children’s cartoons, and live-action remakes of children’s cartoons. These movies do well with children and with adults. It sucks the satire out of another Onion headline, “Rising Disney World Ticket Costs Prompting Many Parents To Leave Children At Home.”

This trend is also evidenced by the numerous toys geared for adults. Electronic toys and video games for men are extremely popular. Equally ridiculous is the number of adult women who have an affinity for Disney princesses.

Millennials (born 1980–1994) and Gen-Zers (1995–2009) don’t seem to realize that video games, toys, and the like were things you were only supposed to be into until you were old enough to drive, date, get married, and be an adult. But millennials don’t drive, they don’t date, they don’t marry, and they don’t really grow up. So it’s no surprise they are stuck in a preadult world (which can be, admittedly, a lot of fun).

I think part of the frustration liberal boomers and Gen-Xers have is that the libertine paradise they imagined in the ’80s and ’90s came true, but it’s been inherited by an uncool and profoundly immature generation.

Our world will soon resemble the end of Big Top Pee-wee, when the old people are turned back into children.

The world is running out of grown-ups. It will probably take tragedies and a prolonged era of diminished affluence for people to grow up. Or maybe they won’t grow up. Perhaps it’s childish thinking to believe people ever really mature.