The John Lewis Act is the Dems’ Path to Permanent Power 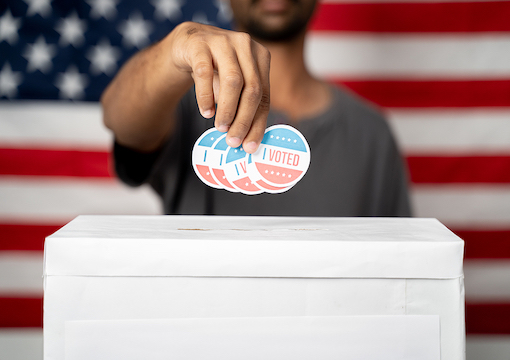 Yes, it’s “narrower” in the sense of being 1 MILLION times worse. The John Lewis bill will do everything the “For the People” bill does — and so much more! They just don’t tell us what, exactly. The language of the bill is full of anodyne, uplifting language about equal voting participation — but the details will be turned over to left-wing zealots at the Department of Justice, suddenly empowered to enforce voting rules so insane that no elected official would dare vote for them.

Inasmuch as nearly every congressional Democrat is fine with the provisions in the “For the People” bill — which are ludicrous — imagine how much worse the “You Can’t Blame Me” bill is.

It will be faceless bureaucrats at the Department of Justice who give meaning to
the happy words in the John Lewis bill. Federal government employees — i.e., the people actually making the rules — cannot be voted out of office. (Or fired — this is government work.) Indeed, these are people who could never be elected to any office on account of their repellent political views and, often, repellent physical appearance.

This is how Democrats impose fascistic rules on the citizenry without ever having to cast a dangerous vote: They write laws with vague statements of high principle, then dump the actual rule-making onto a government agency, where refugees from the ACLU issue edicts outlawing private property, due process, free speech and honest elections.

— It wasn’t elected members of Congress who ordered a nice Idaho couple to halt work on their home because it was allegedly on a protected wetland (in the middle of a subdivision with many other homes). That was environmentalist wackos at the EPA.

— It wasn’t elected members of Congress who required universities to deny basic due process rights to students accused of rape. That was feminist loons at the Department of Education.

— It wasn’t elected members of Congress who directed Obama’s IRS to target groups with “tea party” or “patriots” in their names. That was liberal ideologue Lois Lerner and other civil service functionaries.

The lunatics at these agencies look like Reason Personified compared to the DOJ’s voting rights attorneys.

“There’s no disincentive to government lawyers pursuing frivolous cases to the end of the Earth.”

In 2013, author Charlotte Allen described one fair-minded DOJ staffer, whose job it was to rewrite state voting laws:

“On the morning of January 21, [2013] just before President Obama’s second inauguration, Rep. Paul Ryan … was roundly booed by the gathered crowd as he left the Capitol to attend the ceremonies …. Within minutes Daniel J. Freeman, a young career trial lawyer with the Voting Section of the U.S. Justice Department’s Civil Rights Division … took credit in a Facebook post for instigating the anti-Ryan derision.”

Among the innovations dreamed up by fanatics like Freeman, Arizona was informed it could not ask for identification from people delivering more than 10 early ballots. Nothing fishy about that!

Arizona’s voting laws were subject to federal oversight because of its well-known history as a slave state and avid practitioner of Jim Crow. (I may have to check my notes on that.)

Actually, Arizona was bossed around by liberal activists at the DOJ for 40 years because back in 1972, it didn’t have bilingual ballots. Those weren’t instituted until 1974. They may as well have donned white hoods and burned crosses!

Oddly, Mississippi’s election laws were also subject to approval by the DOJ — despite the fact that blacks already voted at far higher rates than whites in that state. By contrast, Massachusetts did not require oversight of its voting laws, although in that fancy liberal state, black people voted at far lower rates than whites.

It’s almost as if only red states have their voting laws nitpicked by left-wing lawyers in Washington. I wonder if that would help Democrats win presidential elections?

Ironically, meaning totally predictably, the original 1965 Voting Rights Act was necessary because Democrats were trying to prevent black people from voting. Today, Democrats are using these new “voting rights” bills to ensure that 110% of black people vote, even if they are convicted felons, don’t live in the state, didn’t actually fill out a ballot or are dead.

It wasn’t until 2013 that the Supreme Court mercifully overturned key portions of the 1965 Voting Rights Act. (Citing the overwhelming Senate vote for the wonderfully named Voting Rights Act, Justice Antonin Scalia remarked at oral argument: “This is not the kind of a question you can leave to Congress.”)

While it’s great that ideologues like Dan Freeman had their wings clipped by the Court, the previous 40 years of their harassment tells you what they want to do. The John Lewis voting rights bill will put them back in the saddle!

States will be ordered to keep dead voters on the rolls, give violent felons the right to vote and jettison any voter I.D. requirements. (Interestingly, even after all the media demagoguery, black people still overwhelmingly support voter I.D. laws.)

There’s no disincentive to government lawyers pursuing frivolous cases to the end of the Earth. Even if they eventually lose, they don’t have to worry about court costs or legal fees. They don’t pay ’em. You do.

The “For the People” voting rights bill is the floor of what these petty bureaucrats will require. Those are the bare-minimum “voting rights” that will be imposed on the states by the DOJ. That’s the level of absurdity Democrats are willing to vote for in plain sight. What great ideas does Dan Freeman have that even Democrats couldn’t endorse on the record?

What is the voting “rights” equivalent of the EPA’s relentless persecution of homeowners, the Duke lacrosse case or the IRS’s abuse of power? Because that’s what the John Lewis voting rights bill will deliver.