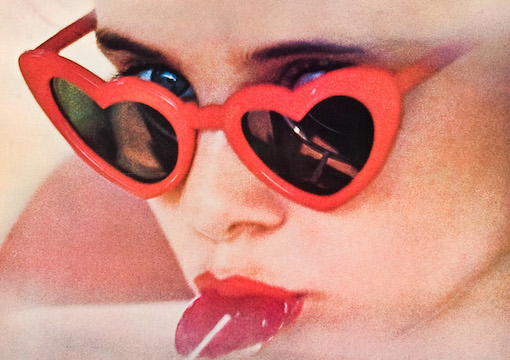 Is there a shadowy network of Democrat pedophiles plotting to legalize sex with children?

I’ve been hearing that for the past half-dozen years, but to be honest, I don’t see much evidence of any kind of powerful campaign to make child sex abuse the next big thing after gay marriage and transgenderism. Our culture is so obsessed with consent, child safety, and delaying the age of adulthood that it’s hard to see how anybody could ever square the circle of ideologically legitimizing adults having sex with children.

My guess is that some form of polygamy will instead be next, with computer nerds who lack the gene for sexual jealousy demanding “polyamory” and NGOs servicing African refugees insisting that Mr. Nguma and all four Ms. Ngumas and their nineteen children be let in because “love is love,” and if you don’t approve of polygamy you’re racist.

“The more legalized sex with children becomes unimaginable in the real world of the 21st century, the more people imagine it must be an imminently looming threat.”

Nor do I notice much of a partisan tilt regarding child molestation. For example, the most important 21st-century American politician to get caught was Denny Hastert, the Republican speaker of the house from 1999 to 2007, who went to prison in 2016 for molesting at least four boys on the high school wrestling teams he coached. But Hastert was so boring that I barely can recall anybody trying to fit him into their conspiracy theory.

What I am reminded of lately is that back in the mid-1980s when I was assigned to my marketing research company’s most important client, consumer packaged goods giant Procter & Gamble, my boss called the team together to say she had a crucial message from P&G: Never, ever joke about them being in league with the devil.

Having no idea what she was talking about, we all immediately started cracking jokes about Procter and Old Nick. “Please, don’t,” our poor leader exclaimed. “We could lose the account.” That shut us up. She explained that Christian fundamentalist anti-rock-music campaigners were claiming that P&G’s Man-in-the-Moon logo, a strange-looking bit of Victorian Americana, was a symbol of Beelzebub, and that the P&G executives were going nuts over how to keep this nonsense from spreading. So far, all they’d figured out was warning the suppliers that this was no laughing matter.

At the time, the most often-cited evidence that Tide detergent = Lucifer was that, for unexplained reasons, the president of P&G had gone on the Phil Donahue talk show and announced that the Cincinnati-based firm subsidized the Church of Satan by tithing a share of the profit on each tube of Crest toothpaste.

You’ll notice the similarity of this tall tale to the widespread turn-of-the-century rumors among African-Americans that designers Liz Claiborne and Tommy Hilfiger appeared on Oprah to announce that they hated black people. Those implausible stories were likely spread by black shoppers trying on clothes with friends. Upon hearing that they looked so good in them that they had to buy them, but not being able to afford them, they may have improvised a hate hoax to reassure their pals that while, sure, they had the money, they wouldn’t spend it on principle.

In 2007, almost a quarter century after I first heard that P&G was a sworn minion of the Prince of Darkness, the company won a $19 million judgment from four Amway distributors for passing on this rumor to gullible consumers. (By the way, Amway is a multilevel marketer, which is totally different from a pyramid scheme, as Amway will tell you themselves.)

Pestering P&G with ludicrous delusions was one thing, but destroying the lives of random day-care workers with absurd Satanic ritual abuse charges was less forgivable. The same era saw countless charges leveled against lady kindergarten teachers and other harmless sorts during the Satanic Panic of the 1980s–1990s.

Eventually, the press and public wised up, some innocent people were finally let out of jail, and the era was largely forgotten. Lately, though, similar thinking has reemerged, this time with a partisan slant.

This is not to say that there was no child sex abuse actually happening in the late 20th century. There always is, typically perpetrated by a male trusted with access to the household, such as mom’s latest boyfriend or dad’s gay brother. Moreover, groups that have larger problems with alcohol, such as American Indians and gay Irish Catholic priests, tend to have high rates of child sex abuse due to giving in to temptations that they wouldn’t succumb to if sober.

And in the 1970s in the wake of the Sexual Revolution, there had been organized pushes to legalize sex with children, such as the North America Man-Boy Love Association, the French effort backed by Foucault and Sartre to abolish the legal age of consent, and the “Kentler experiment” in West Berlin in which the pro-gay local government placed runaway boys with pedophile foster fathers.

But—and this is widely disremembered—these campaigns failed. After the 1970s, I never again heard NAMBLA mentioned except as a punching bag.

One result is that the age of consent has trended up in both American states and European countries.

You can also see this in the extended history of Vladimir Nabokov’s novel Lolita in which a pedophile professor narrates his affair with his 12-year-old stepdaughter. The superlative Russian-exile author first released it in 1955 at a Paris pornography publisher, but within three years it was an immense best-seller at a major New York publishing house, an event that was a landmark in the collapse of book censorship in the U.S.

Stanley Kubrick directed the 1962 film version, which earned Nabokov a screenwriting Oscar nomination. By now, Lolita has supposedly sold 50 million copies (although that should not be equated with 50 million people having actually finished the literary but lengthy book).

Over time, however, Lolita has come to be seen, not unreasonably, as objectionable. Adrian Lyne’s 1997 film version, made on an ample $62 million budget, barely edged into release and earned only $1 million at the box office. It’s now hard to imagine there will ever be a third cinematic interpretation of the famous (but increasingly infamous) masterpiece. (For those interested in trying Nabokov, I’d recommend that rather than start with the distasteful and self-indulgently rambling Lolita, you sample his lovely memoir Speak, Memory or the hilarious short novel Pale Fire.)

Yet the more legalized sex with children becomes unimaginable in the real world of the 21st century, the more people imagine it must be an imminently looming threat.

One reason for this is that just about every other form of sexual disgust has become unfashionable. For instance, it is now considered in terrible taste to mention that homosexual sodomy caused the AIDS crisis. Instead, straight liberals blame Ronald Reagan for AIDS and gays blame Nancy Reagan.

So the one variety of sex act that everybody agrees is repulsive—adult-child sex—is now the only allowable target for this basic human instinct of sexual disgust.

It’s only natural for conservatives to not be up-to-date on current trends, and thus not to have noticed the current sex recession among the young. But it’s now 2022 rather than 1972. The horrific fad menacing children today is less their sexualization than their desexualization via puberty blockers and mutilating surgeries.