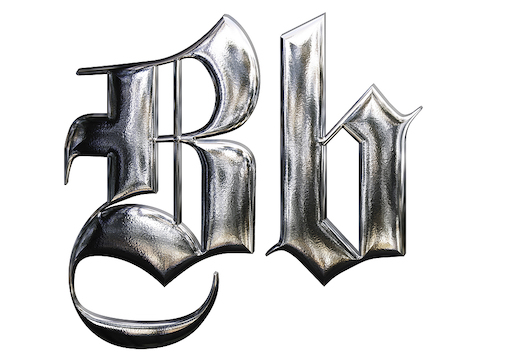 There I was, sitting in Newswriting 101 class back in 1983 or so, long before they even did any of this on computers. The teacher—a brilliant female Phil Donahue lookalike whose insistence on journalistic accuracy bordered on the sadomasochistic—gave the students a cold set of facts and commanded us to write a news story about it. As she went around the room asking the students one by one to read their stories aloud, she stopped one aspiring journalist dead in his tracks before he could even finish his first sentence. He’d started off with:

And that’s where she cut him off harshly. She told him that whether or not it was a tragedy is a matter of opinion, not of fact. And calling Chestnut Hill “plush” was also a bit of editorializing that had nothing to do with the fact that someone was murdered there last night.

They don’t make ‘em like that anymore. And man, do I wish they did.

She was the one who taught me very clearly to never say what someone thinks, only what they say, because they could be lying about what they actually think. Journalists nowadays all act as if they can read minds.

She also taught us the difference between a fact and an opinion, and unless you were writing what was clearly an opinion piece rather than a news story, you were never to share your own opinions or biases.

And not only don’t you share opinions, the only way to keep yourself from looking like an idiot is to never state anything as a fact, either. Nothing. You attribute all statements of either facts or opinions to others. You never make any claims. You always attribute claims to others. That way you’re never wrong.

You are perfectly free to QUOTE someone saying the most ridiculously emotional, subjective, unquantifiable, and unfalsifiable thing. Go ahead and let someone say that there is racial injustice in the USA. Hang that stupid sentiment on them.

The reason she taught us to do it this way is because journalism, at least as she saw it, was an attempt to get at the truth no matter how unpleasant the truth might be. The LAST thing journalism was supposed to do was push an ideology, because at that point it ceased to be journalism.

“Last week, the AP announced that they will capitalize the word ‘black’ but not the word ‘white’ when describing, um, black and white people.”

She spot-welded the idea into my skull that journalism should be approached not as a means to “stick it to the powerful”—because at that point, it’s not reporting, it’s advocacy—but as a science. Report on the powerful, report on the poor, report on everyone in between—but only report on what you can see and prove.

Maybe I was missing something all along, but back then the Associated Press seemed to see journalism the same way as my grey-haired butch journalism teacher did.

I wrote on this very site seven years ago about how the AP put the kibosh on the term “illegal immigrant” even though, if you wanted to be journalistic about it, the phrase described immigrants who were in the country illegally. At the time, an AP spokeschick explained that the term “dehumanizes” those it describes. They used the same alibi to justify why they were also forbidding the term “Islamist” to describe attacks that were done in the name of Islam. I also wrote in that article about how the AP claimed it refused to link to sites that were “racist,” although they failed to honor my request for a precise, rigorous, quantifiable, journalistic definition of the word “racist.”

When I recently checked on the AP’s official site, now I see they have an entire section devoted to something called “Racial Injustice.”

Injustice is not a quantifiable term and therefore has no place in journalism. The Associated Press has become Absolute Propaganda.

Last week, the AP announced that they will capitalize the word “black” but not the word “white” when describing, um, black and white people. The AP’s John Daniszewski attempted to justify the decision:

There is, at this time, less support for capitalizing white. White people generally do not share the same history and culture, or the experience of being discriminated against because of skin color. In addition, we are a global news organization and in much of the world there is considerable disagreement, ambiguity and confusion about whom the term includes….

We agree that white people’s skin color plays into systemic inequalities and injustices, and we want our journalism to robustly explore those problems. But capitalizing the term white, as is done by white supremacists, risks subtly conveying legitimacy to such beliefs.

Don’t you wish you could sigh hard enough to knock these people off their feet without being charged with assault? This pasty-ass douchebag will only consider capitalizing “white” if it involves guilt-tripping white people about their alleged shared history of racial rapaciousness.

Another nugget of golden Newspeak from that article:

For more details, see the AP Stylebook’s race-related coverage guidance, which says in part: “Consider carefully when deciding whether to identify people by race. Often, it is an irrelevant factor and drawing unnecessary attention to someone’s race or ethnicity can be interpreted as bigotry.”

Generally, I think that’s a solid rule. But the AP didn’t hesitate to identify George Floyd as black and the cop who knelt on him as white, even though there is zero evidence that race had anything to do with the incident. Same goes with Trayvon Martin and Mike Brown and Eric Garner and Ahmaud Arbery and every case where there’s zero evidence of racial motive.

And again, without a hint of irony or self-awareness, the AP ululates:

Omissions and lack of inclusion can render people invisible and cause anguish.

You realize this is being said by the people who just refused to include whites along with Latinos, Blacks, Asians, and Jews as people who have enough of an important collective identity to capitalize their name…right? Do you? Hello?

As much as it pains me to beat them at their own game and invoke Godwin’s Law, I get great pleasure at causing the Associated Press pain and hastening their demise. Here’s a fact and not an opinion: The Associated Press allowed the Nazi Party access to their photo archives so they could use it for anti-Semitic propaganda.

Maybe they were never anything more than a glorified propaganda outlet.

But they deserve no more mercy—nor, for that matter, do they deserve capitalization. From now on, let’s all call them the “ap.”